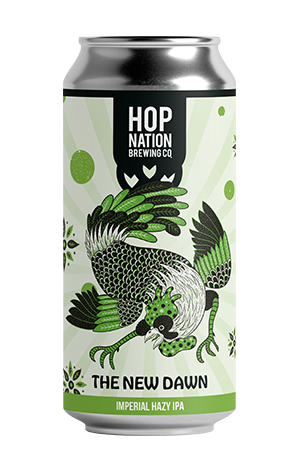 Way back in 2016, Hop Nation wanted to celebrate the launch of their Footscray brewery and taproom with a beer to fit the occasion. That beer was The Dawn, one of the country’s very first hazy IPAs and one that - if memory serves correctly - was absolutely filled to the brim with a distinct juiciness that wasn't found in beer at the time.

Since then, a bigger take appeared to much acclaim and now a new version has risen like the sun with the arrival of the 8.1 percent imperial hazy, The New Dawn. This time around, the mix of hops is Idaho 7 (in Cryo form), Strata and Galaxy but while the hop exact combination might be different, they certainly remind of The Dawn’s fruit-filled past. That includes a tropical swell of pineapple, mango and passionfruit, plus sweet and juicy notes of nectarine, tangerine and berry that all rise from New Dawn's rich and slick body.