As introductions go, it was a pretty good one...

I hope you are well.

A couple of months ago I decided to embark on a beer drinking adventure. For the past few months I have been documenting my attempts to drink every beer on your Hottest 100 list and I must say I'm having a cracking time.

It goes without saying that the results of each year's Hottest 100 Aussie Craft Beers poll run by The Local Taphouses in conjunction with The Crafty Pint and Brews News are keenly anticipated. Whether they throw up some surprises or just give drinkers some new beers to hunt down, voters and vote readers flock in their droves. Yet, to our knowledge, none of them make it a mission to then hunt down all 100 beers.

It will prove, we'd imagine, a nigh on impossible task given some of the beers may be extremely rare or beers only brewed within the year of the vote. But for one man, Dan "Crafty Kev" McEvilly, the publishing of the 2014 poll results was a case of game on. We figured that was the kind of enthusiasm bordering on the maniacal we could get behind so invited him to be part of our Beer Nuts series.

So here he is: Crafty Kev. Although first, we should clear up why Dan goes by the name Kev...

I've been known as Kev ever since I can remember; for some reason people struggle to pronounce McEvilly and over the years it was shortened to McEv and finally Kev. Crafty, well because I love craft beer so I put the two together.

Occupation: By day I do the devil's work as an Insurance Underwriter but by night I am a friendly craft beer drinking enthusiast.

I would class myself as a bit of a nerd but my mates would probably call me a wanker! I find myself surrounded by VB and Carlton Draught drinkers and I’m constantly trying to convert these folk to something a little more exciting.

I’ve been floating around in a sea of lager with the odd Blue Moon and Sierra Nevada here and there ever since I can remember but I have only recently embarked on my Australian craft beer adventure. With the gift of hindsight I would like to go back to my 18-year-old self, slap him in the face and say: "Drink craft beer. you fool!"

I emigrated to Australia nine months ago and I was tasked with finding new beer(s) that would satisfy my unquenched thirst. I entered a bottleshop, shuffled around looking rather shifty, sweating like a fat kid in a bakery, until I came across a small section called ‘Craft Beer’ and as my eyes scanned over the weird and the wonderful I was drawn to a bottle of Murray’s Craft Brewing Whale Ale and I have never looked back.

However, the obsession really started when I stumbled upon The Local Taphouse in Darlinghurst, there was a list in front of me called The Hottest 100 Aussie Craft Beers of 2014, and I thought to myself: "Wouldn’t it be bloody brilliant to drink all of those beers?" and so it began… 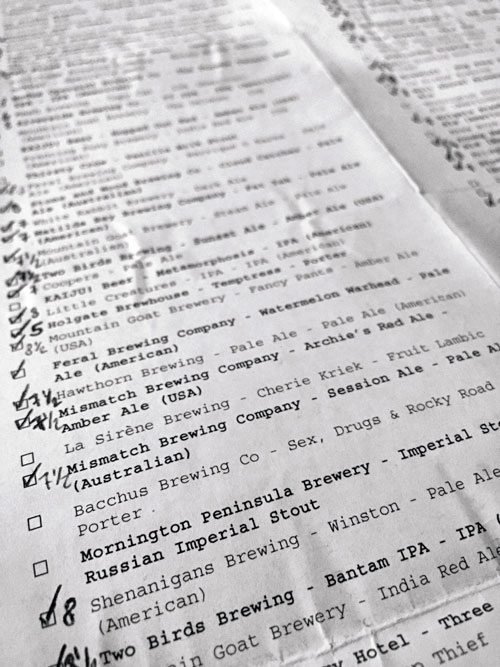 I flew to Melbourne to get my hands on Feral Brewing’s Watermelon Warhead as from what I could see, without going to Feral’s brewery in WA, the only pub in Australia that had it on tap was in Richmond.

I have also somehow recently managed to convince my girlfriend to come on a weekend break back to Melbourne in July for what she thinks is a relaxing getaway and to drive the Great Ocean Road. My only motive for going is to visit the Odyssey Tavern & Brewery to get my hands on their Calypso Pale Ale! She is unaware of my hidden intentions so here’s hoping she doesn’t read this.

Although, what I’m really worried about is what I haven’t done yet: I am prepared to do anything and go anywhere to get my hands on all the beers from the Hottest 100 Aussie Craft Beers so I feel things could get a lot worse before the end of this quest.

Yes, I carry ‘The List’ (pictured above right) which details the Local Taphouse’s Hottest 100 Aussie Craft Beers of 2014 around with me everywhere I go, it never leaves my side and so far has had three repair jobs. I am also documenting my adventure around Australia to drink every beer on ‘The List’ and various other craft beer related escapades – you can find me @crafty_kev on Instagram. As I write this I have currently drank and reviewed 58 of the 100 beers and hope to complete the list before the Hottest 100 of 2015 is released at which point I will more than likely start again.

I always leave a brewery with a growler but I’m fast running out of room! I have various glasses for different occasions (12 in total) but back home in good old Blighty I had a collection of over 40 branded glasses. I am a big fan of CRAFTD. glasses and much to the despair of my girlfriend I will continue to collect.

The garage: I have a designated beer fridge and storage area with a vast collection of bottle caps and my home brewing kit. I am slowly bringing things inside and my growlers take pride and joy beside the bed.

Apart from my own home brews which have a very ‘unique’ taste, I would say, if I had to put a number on it, a fair few. Having just attended GABS, I managed to taste a copious amount of the specially brewed beers for the festival, my favourite being Big Shed Beer’s Golden Stout Time and BrewCult’s Milk & Two Sugars.

I’ve been through Belgium and attempted to drink Bruges dry in one night and have consumed beers from all over the world.

As far as truly unique though, I am yet to come across a beer more different from the norm than Feral Brewing’s Watermelon Warhead. Apart from the fact a pint of this concoction set me back $16.80, it’s an apricot-pink or, to use the correct colour, Navajo White and it was truly an experience. 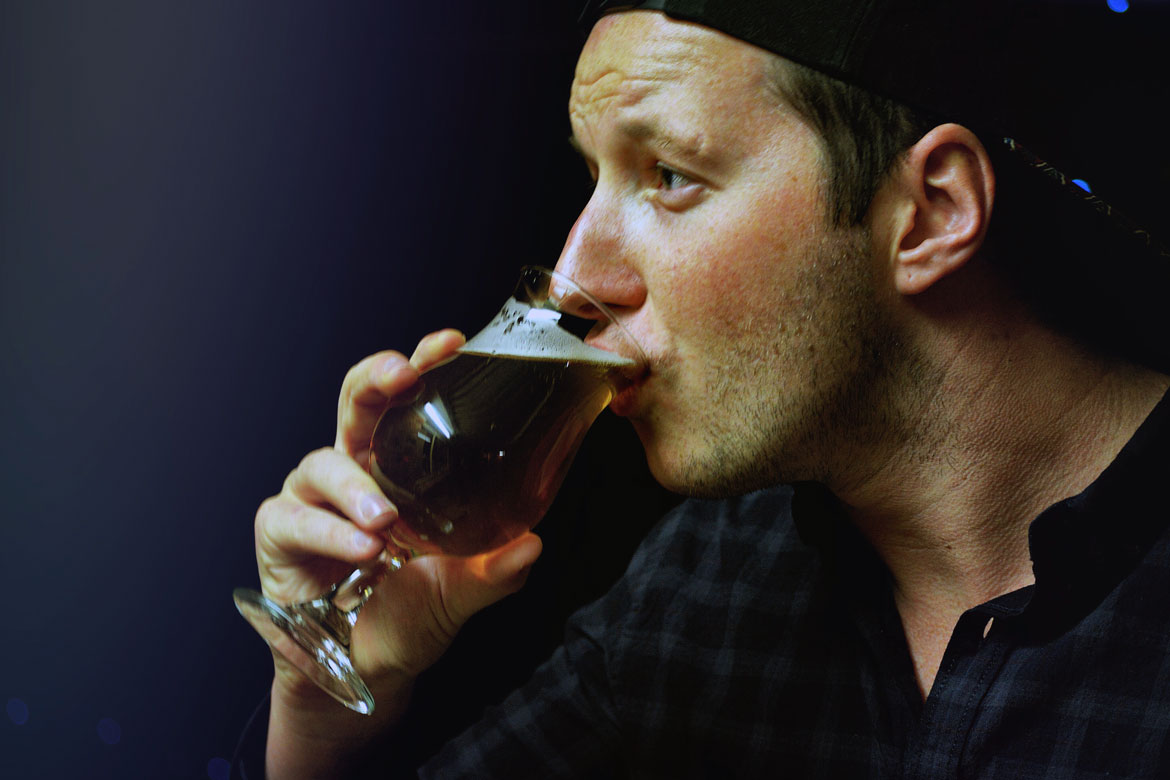 Well I just bought a bottle of Nail Brewing’s Clout Stout which set me back the best part of $80 so that would be the most expensive singular bottle I have purchased.

Other than that though I tend not to keep check of my beer money because If I did I may just find I could have afforded to live amongst Sydney’s elite!

On the extreme end I would like to create a Quadruple Imperial IPA that takes the hops literally off the charts! It would be smooth, crisp and refreshing with an intense fruity citrus aroma packed full of tropical fruits on the palate, probably around the 14 percent mark. It would be named "Woke up with one shoe on a boat" and would be one hell of an experience!

Alternatively, I would settle for a Dr Pepper Stout or find a way to make a pale ale infused with Solo.

It's good to have goals in life, Kev. Thanks for the insight to your soul. Best of luck with the rest of the adventure (and keeping hold of your girlfriend).

You can check out our other Beer Nuts here. 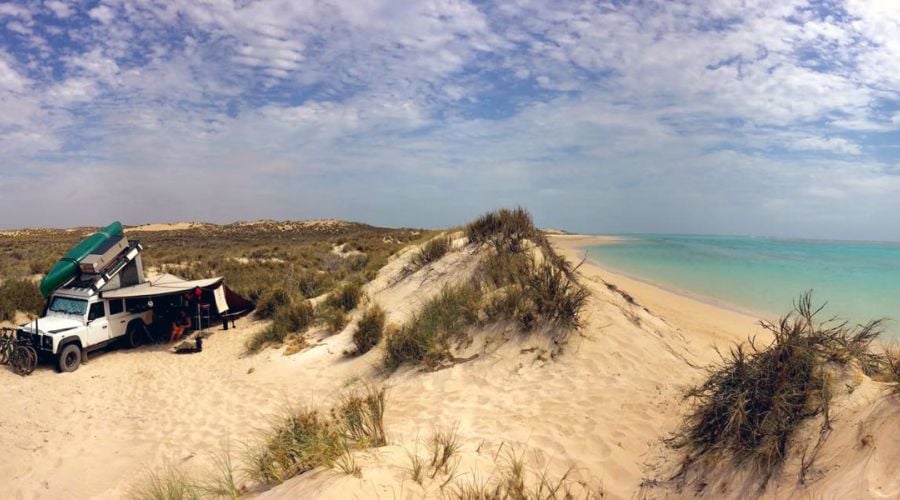