For someone with such a strong passion for beer, who has brought her enthusiasm to beer scenes in two states, we're not sure how Kelly Whyte hasn’t been featured in our Beer Nuts series already. She could only be described in terms of the sort of super-fan that attends almost every bottle or can opening let alone hundreds of events and festivals.

As she says with a laugh that underplays her enthusiasm: “I like going to events.”

Many will recognise her from a decade living in Melbourne where she became an Ale Stars Hall Of Famer at The Local Taphouse, an achievement bestowed upon her in early 2014. Now based in Perth, the travel bug has seen her embark on many beer-related trips, most recently along the East Coast, and now we welcome Kelly to our Beer Nuts collection to tell us more.

I’m a policy and strategy analyst and I’m currently working at UWA helping to develop and implement the campus masterplan.

Are you nerd, geek, aficionado, snob, fan or something else?

I’m a beer fan. I buy all the new releases, go to every show – even if it’s out of town – and I have all the merch. Actually, I might be a groupie…

My first taste of what you might call "boutique beer" happened around 2007/8 when I was living in Melbourne. The addiction really kicked in about a year or so later when I discovered The Local Taphouse in St Kilda East.

After discovering The Local Taphouse, I joined their beer club: Ale Stars. Through Ale Stars I was introduced to a huge variety of beer and lots of lovely beer people and I was hooked!

Do you document your consumption? If so, how and where?

When I remember! I use Untappd to record really outstanding beers – @kwhyte. I provide occasional suggestions to the Perth Beer Snobs Facebook group. And sometimes I just post beer pics to Instagram – @kel6051.

I’m also in a Facebook messenger group with some of my Ale Star buddies so I tend to brag a bit to them about WA beers!

I love hops and double IPAs are a real treat. I think my most favourite is Bling Bling from Bridge Road.  Bridge Road make superb beer and they have played a big part in my beer appreciation journey.

There also seems to be several barrel-aged beers at the top end of my Untappd ratings. I love the velvety, vanilla taste that barrel-ageing adds to a beer. Cockswain’s Courage from Garage Project is outstanding. And I was really impressed by the Hairy Craic – an Irish stout aged in whiskey barrels – from Lakeman Brewing in NZ.

[Translation: Craic is an Irish term for fun times]

[Side note: Lakeman have some hilarious punny beer names]

The worst beers are those with faults, and I’ve unfortunately developed a palate that can detect most of these. I can smell diacetyl from a mile away, which is very upsetting!

Around 15. I tend to buy them as souvenirs but then don’t wear them! I collected stubby holders for a while too, but I stopped doing that when I remembered I didn’t drink out of the bottle anymore!

Just four. I have the Spiegelau craft beer glass pack but I use the tulip most often because it’s so versatile. I had cupboards filled with glasses at one point but got rid of most of them when I moved back to Perth. Seriously, a person who lives alone does not need that much glassware!

Maybe the bottom shelf of my fridge?!

I moved the upper shelves so I could fit 750ml bottles on the bottom shelf standing up. It gradually fills up over the year with gifts to myself and then I’ll clear it out at Christmas or for bottle shares. I have that classic beer lover’s fridge that’s usually only filled with beer and condiments.

I’m not sure I want to know that answer to this question. I’ve travelled a lot for beer and I’ve been to GABS several times so I’m going to say it’s a high number!

Without picking favourites, what beer(s) do you feel best represent the WA beer scene at the moment?

WA is known for a collaborative beer scene, what’s your favourite collab and why?

There are so many! The Boston and Beerland Strawberry Shortpants was a surprising flavour bomb. Eagle Bay and Mane Liquor seem to have a lot of fun creating together too.

The sheer number of collabs in WA speaks volumes about the supportive scene here and makes it really hard to choose a favourite.

Again, this is a number I’d prefer not to know/admit!

You go to a lot of beer events, have you got a favourite event or a real pinch yourself moment of "Is this really happening right now?"

I absolutely love beer festivals and I’ve been to most of the major events around Australia and New Zealand. I was lucky enough to win a trip to Beervana a couple of years ago, thanks to The DTC, which was sensational.

In 2015, I travelled through California and Oregon with friends, which I highly recommend, and we attended the Firestone Walker Invitational. The Firestone Walker folks invite a few dozen of their best brewing buddies to attend and brew a special beer so it’s an epic festival! I was quite delirious wandering around that hallowed ground that day.

Do you have a favourite beer and food pairing?

I don’t have a particular favourite because it’s so fun to try lots of different mixes and matches. Baby Mammoth and Bright Tank blow my mind with the events and pairings that they come up with! [Baby Mammoth is closing soon, sadly – Editor]

My dream is for all beer to have no effect on inebriation or weight.

I love tasting new flavours and styles and sometimes I overindulge, but if beer didn’t fill me up or make me hungover I could try as much as I wanted. Good Beer Week would be a more relaxing experience, wouldn’t it?! 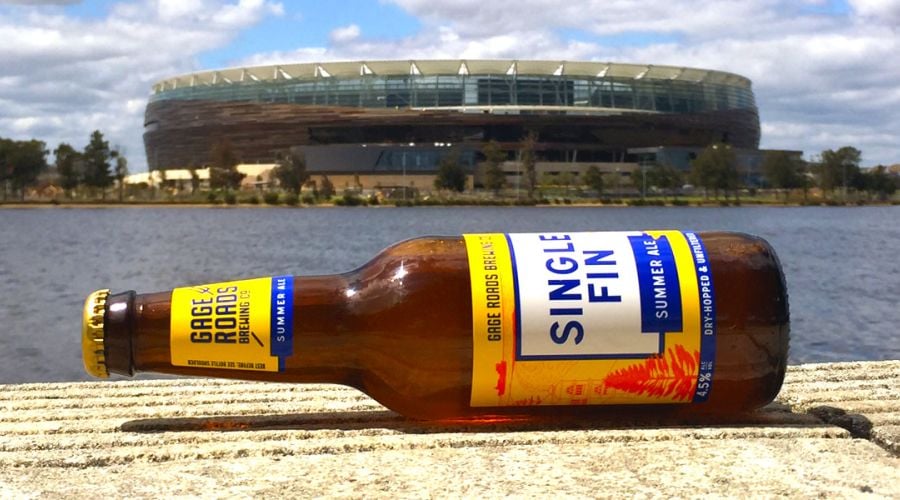