For just over nine years, Damon Nott toiled away, honing his brewing skills in one of the most unlikely breweries in Australia. Squeezed into a series of cave like cellars underneath the Lord Nelson Brewery Hotel in The Rocks, he navigated the ladders, low ceilings and intricately interwoven pipes to create the brewery’s famed English inspired ales.

Fitter for the experience, Damon (above right) has emerged from his underground home, travelled across the country and settled down in South Australia at Big Shed Brewing Concern. There, he is set to take over the head brewer’s role as current brewer Rob Hunt (above left) heads off in search of a fresh challenge.

Sydney has always been home for Damon but, when his partner received a promotion and was asked to move to Adelaide, he was happy to join her, describing the South Australian capital as “laid back”, which, compared to his previous set of toys, is a bit like his new brewing system.

The Lord Nelson (pictured below) is the oldest brewpub in Australia and is heritage listed. Hence the layout of the pub cannot be modified, which has meant that expansion of the brewery over the past 30 years has taken place over multiple levels. To mash in, Damon had to trek downstairs, a task made slightly easier by the use of a fire pole. The kettle and fermentation tanks were located on a separate level again, meaning Damon was often required to sprint up and down the stairs all day, making for what he describes as “thirsty work”; thankfully, he could quench his thirst with the fruits of his labour. 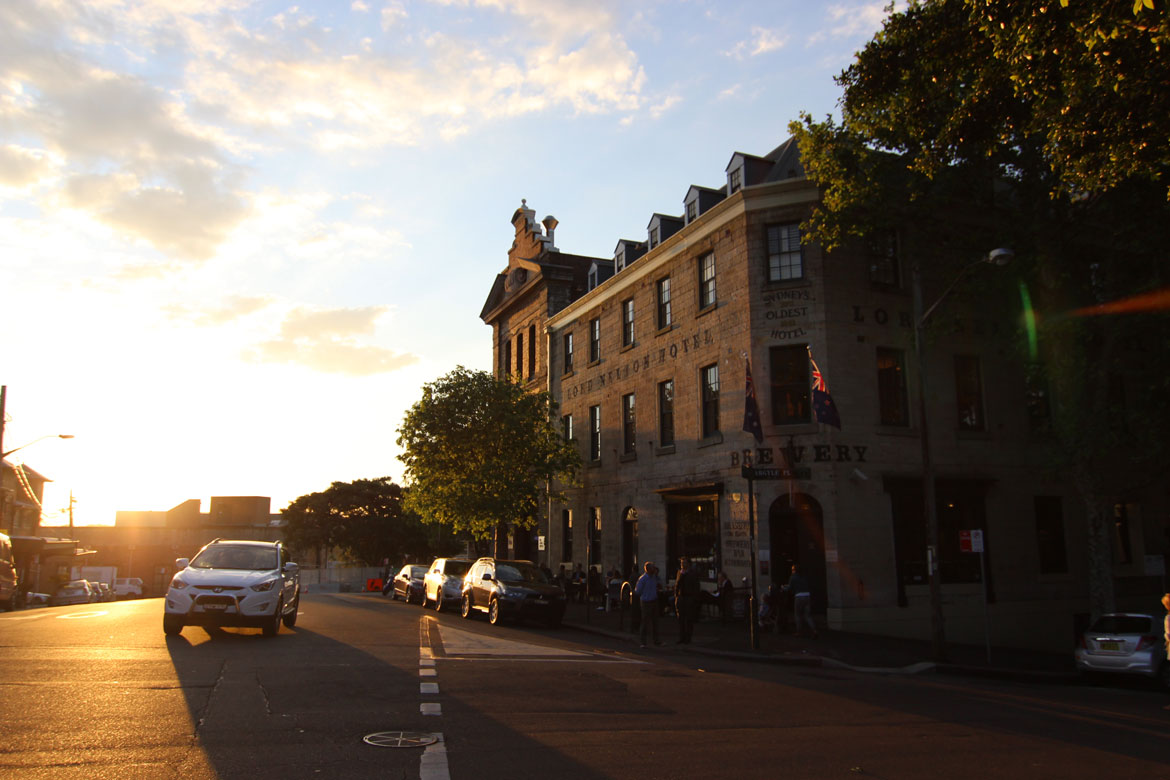 The kit at the Lord Nelson has been built around a brewery picked up from the Firkin brewpubs in the UK back in 1986, with a mash tun fabricated specifically for the pub in New Zealand.

In stark contrast, the setup at his new home makes life somewhat easier.

“The brew kit is all one place,” he says, relieved that now all he has to do is walk up a small ladder to check on his boil rather than complete a mini obstacle course. Yet, even though Damon doesn’t register the same amount of kilometres every day, he stills maintains that brewing is thirsty work.

“I came here because I had a couple of their beers on tap in town – Frankenbrown and the F-Yeah on tap – so I came down to the brewery to check it out,” he says.

“They have good products and they are good guys to work for.”

While Damon has come one way, Big Shed’s beers have been heading in the other and hitting Sydney’s shores – one of the reasons owners Jason Harris and Craig Basford have just installed new fermenters.

Since starting part time at his new home, Damon and head brewer Rob have formed a brewer’s bond and have been teaching each other a few new tricks. They have even tweaked a few recipes and increased the brewery's efficiency levels. 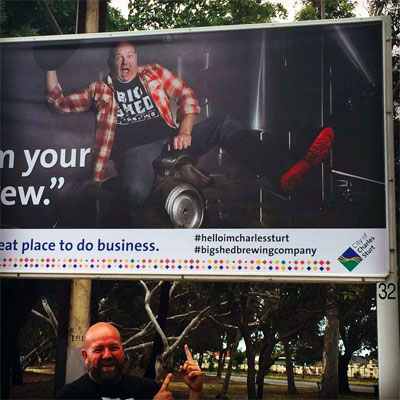 Indeed, learning new techniques and gaining new recipes is part of the reason why Rob is moving on.

“I want to go somewhere bigger and learn from those around me,” he says.

His replacement is already relishing the new job and has started introducing a few ideas of his own.

“Stepping into Rob’s shoes, I aim to continue the development of our products and processes. We have introduced some amazing specialty malts from Gladfield [a New Zealand malting company] into our recipes with fantastic results,” he says.

With the introduction of an experimental tap at the brewery’s venue nicknamed the "XTap", Damon plans to use the Shed’s 50 litre pilot system to trial some of his own recipes. Next up are a Munich Helles style lager and a rye session IPA; if they prove to be popular, these beers may even be spun into regular rotation.

On the back of their second birthday celebrations – and with one of the brewery’s founders currently greeting (or should that be scaring?) passing traffic from a giant billboard on Adelaide’s Port Road (pictured above) – Big Shed is expanding at a rapid rate. Their expansion into New South Wales has already seen them snag a new brewer; they’ll be hoping the knowledge gained from almost a decade as a cellar dweller will see Damon help win them a few more fans now he’s emerged into their big shed instead.

* NB The article originally stated that much of the brewery kit was made from former dairy parts from a farm in New Zealand rather than bought from the Firkin chain in the UK. This has now been corrected.