Once again, the Hottest 100 Aussie Craft Beers results have led to much debate, with some up in arms at the success of some bigger brand beers – some even suggesting a rigging of the poll to favour bigger breweries or the organisers' new partners in promoting the poll this year, Dan Murphy's. Who doesn't love a conspiracy theory, hey?

There were some clear winners and some surprises too. And, while it's foolish to read too much into what is effectively a popularity contest that can be influenced by reach and size, here's what we thought the 2015 results suggested about the local beer scene.

Are Lion paying attention and encouraging fans of their beers to vote or is it an inevitability that, as the poll gains in popularity (votes were up 112 percent on 2014), the breweries with greater reach will fare better? Equally, with Dan Murphy's on board to help promote the poll to its email database, the audience is likely to come from a broader base that when pushed by The Local Taphouses, The Crafty Pint, Brews News, GABS and participating brewers and venues.

Either way, while Pirate Life's plundering of the top of the table grabbed most attention, the success of Lion's brands also caused a stir, including a few outbursts online suggesting that the appearance of 150 Lashes in the top ten undermined the credibility of the poll or, perhaps, shouldn't even be allowed. It's a familiar debate and one that has been played out online to a degree already, but it comes down to what people want to achieve from such a poll.

Do you strike out all brands with major brewery backing (if so, where does Coopers sit) and turn it into a more exclusive contest, thus excluding not just beers but drinkers who might not yet have discovered many beers outside the mainstream world? Or do you see the poll as a means of raising awareness of and growing the audience for craft beer in Australia?

Either way, yesterday's results seem to put into stark contrast Lion's approach to the craft beer world – even without former favourite Knappstein featuring – and that of CUB. No appearances for Matilda Bay, the original modern craft beer brand, with just a solitary appearance by Fat Yak, which has left the Matilda Bay coop for the somewhat cartoonish Yak Ales family.

Asahi will presumably be happy with their purchase of Mountain Goat as their Cricketers Arms brand has yet to gain any cut through with H100 voters. Goat is down from last year's brewery high seven entries to four but still saw its very limited release Barley Wine appear alongside three of its core beers; it will be interesting to see how their popularity fares with H100 voters in 2016. And whether it becomes ever harder for small breweries with limited distribution to make the list.

A couple of years ago, in an end of year article for James Halliday's Wine Companion Magazine, The Crafty Pint's founder said to watch out for the rise of South Australia. At that point, the guys that have launched Pirate Life hadn't even decided where they were going to base their brewery – early reconnaissance missions were focused on SA's wine regions. Similarly, Big Shed Brewing wasn't quite a going concern but, along with a host of other newcomers like Prancing Pony and Smiling Samoyed, those two have breathed new life into the state's brewing industry. At the same time, heaps of venues have finally woken up to what's happening; little wonder there's been a 33 percent increase in entries in the list from the state.

In total, there are 55 breweries and brewing companies represented in this year's list, up from 45 in 2014. As well as South Australia, New South Wales and WA also saw a rise in representation, while ACT made a first appearance courtesy of BentSpoke. Such increases came mainly at the expense of Victoria (down from 47 to 36) and, to a lesser extent, Queensland (although with much happening there in 2016, expect that to change). Given the poll started as a vote for staff and customers at The Local Taphouses before expanding outwards each year, it makes sense that, to date, there has been an East Coast bias because awareness would have been greater and voting more concentrated in the Eastern states. Similarly, it makes sense that this bias would diminish over time as voters come from further afield.

Again Tasmania's brewers miss out, however. Other than Moo Brew and, to varying degrees, Two Metre Tall and Van Dieman, none of the state's growing number of brewers sends much, if any, beer outside the state. Whether the future looks any rosier for Tassie brewers in such a poll remains to be seen as the number of local brewers is rising faster than anywhere else in Australia, percentage wise at least. Which brings us to...

It helps to package your beer 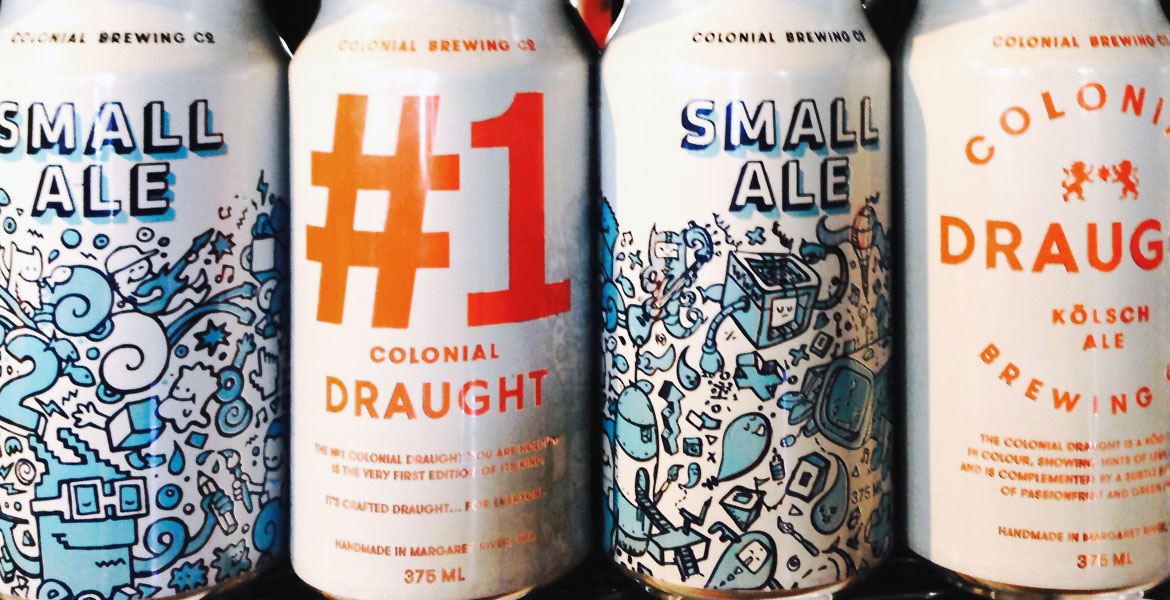 Only five of the 100 beers were available as keg-only releases: Feral's twice-yearly Tusk IIPA and trophy-winning Watermelon Warhead, Odyssey Tavern's Calypso Pale (soon to be bottled), Akasha's Hopsmith (which will be packaged this year) and BentSpoke's Crankshaft (which presumably will be one of the first beers into cans when they open their new facility).

While we have concerns over small, young breweries rushing to package their beer if they haven't got the resources to do it properly (how often have you had a good beer at such a brewery then taken a six pack home and found it a pale or faulty imitation of the original?), it certainly helps in H100 terms if your beer is at least relatively widely available. Of the top 15, Modus Operandi and, to a lesser extent, BrewCult are the only two brewing companies without significant national distribution. Then there's the case of Colonial Brewing: a brewery that's been around years brewing some great beers, but only previously available at their brewery and venues owned by their sister group. Now they have their Draught and Small Ale in cans and both are in the 100.

You can't get enough of them. We cast our eyes over the top 100 and marked those we believe are hop forward or have hops as a primary characteristic rather than merely in a balancing or supporting role. We won't say which we marked as it could lead to debate, but as a "finger in the wind" estimate, we tagged close to 70 – pale and IPA variants, hoppy reds, some session beers and a lager – of the 100.

There may be a lot of buzz around what's happening in the world of sour beer, but it's still very much a niche within a niche with hops remaining king. Will any more sours break through in 2016? We'd say so. 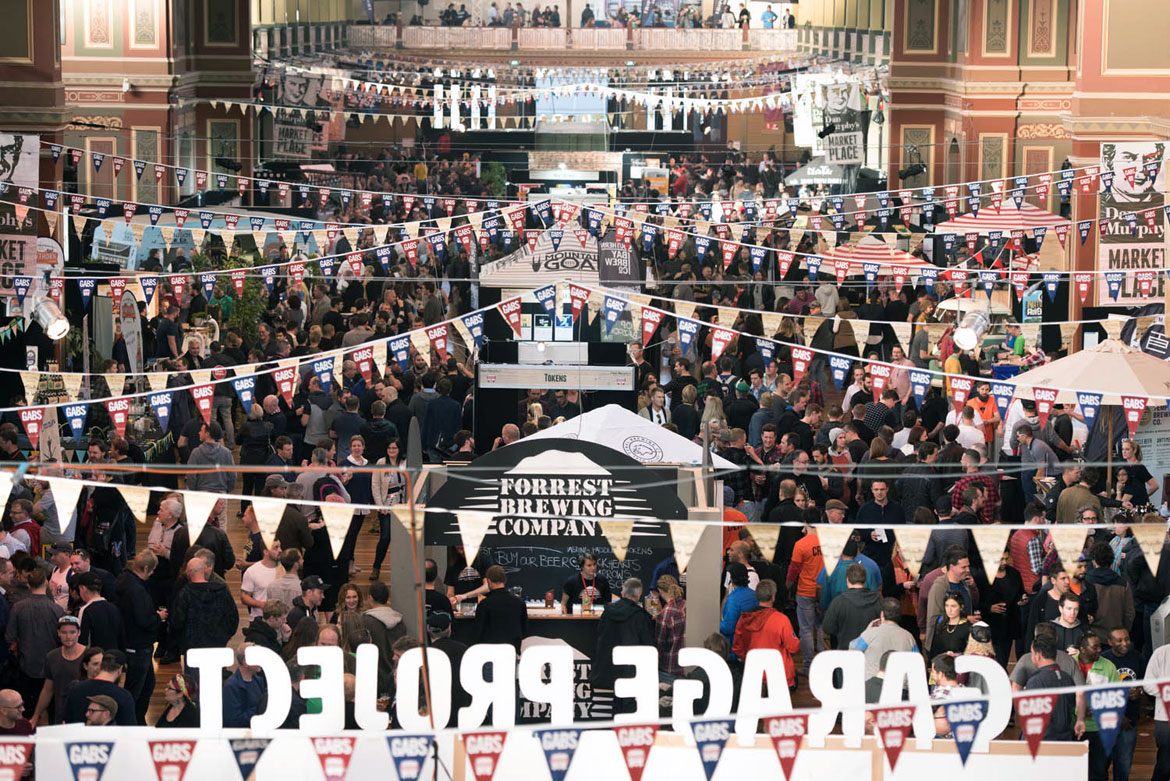 While the number of beers debuted at GABS in the list remains steady at seven, could the festival be having a more subtle effect. Look down the most popular styles and you'll see four sweet stouts. Thirsty Crow's Vanilla Milk Stout is a long term favourite but, given brewers seem to have hooked into a formula for rating highly at the annual new beer event – big, sweet beers tend to clog the upper reaches in the People's Choice vote – there are more of such beers getting notoriety. La Sirene's Praline, Big Shed's Golden Stout Time and BrewCult's Milk and Two Sugars – all past GABS successes – are in the top 100.

Show Us Your Cans

The rise of the tinny continues. Last year, just four beers in the list were available in can form. This time around, that number (which includes those that are available in both can and bottle plus Modus Operandi's CANimals) has risen to 17. It's only going to continue to climb as more breweries invest in canning lines.

The number of beers in the list from gypsy or contract brewers is down, with a significant drop from 13 to eight. Part of this is down to some of them opening their own breweries – Akasha and KAIJU! both opened theirs this year – but as more brewing companies move into their own homes, will the dominance of stainless steel breweries continue to rise?

You can check out the rest of our coverage here: Now a decade old, Brewboys is very much a stalwart of the SA craft beer scene. And it's got new owners now, who plan to breathe new life into the business while retaining the beers and recipes upon which its reputation has been built. read on 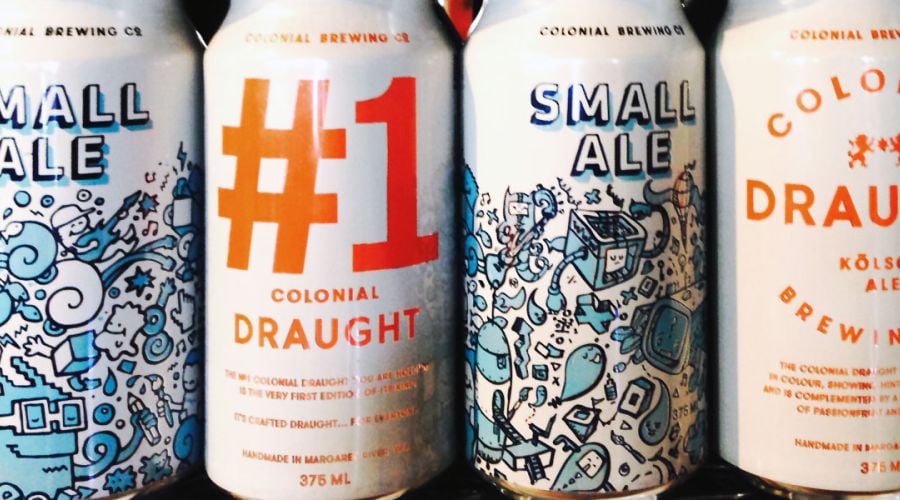