If beer is best shared, it’s worth heading along to Bitter Phew this weekend for their Big Bottle Bonanza. The little Darlinghurst bar recently expanded its beer list to one that’s now more than 200 strong and for the weekend you can try a whole lot of them at discounted prices. The idea is to give people the opportunity to try some cool stuff they might not have heard about before and to share some treats from the top end of the price spectrum that might ordinarily be out of reach.

Turning attention towards the tap side of things, Forester's Hall is hosting its 2016 Festival of Feral this weekend. The venue has more than 30 different beer lines and Feral is one of the few breweries that could fill most of them, so you won't be short a good brew or several. Co-founder and head brewer Brendan Varis will be along to share some stories and the first of the new season War Hog double IPA.

The following week will see Slowbeer get taken over by Boatrocker for a masterclass and sour beer tap takeover. Unfortunately, at least for those without tickets, the masterclass is sold out but the tap takeover is open to all for as long as the kegs last. Considering how popular these beers are proving, it might not be very long at all. Another very popular brewery at the moment is Pirate Life and they'll be the star turn at Carwyn Cellars for their Pirate Week at which the brewer will be helping to showcase seven of the South Australian brewery's fine beers. If you're in Sydney, head along to the Royal Albert Hotel with haste to catch the remnants of last night's Colonial Brewing Tap Takeover featuring new beers, including one made with a new hop variety, Astra.

If you'd like some food with your beer there are options a plenty, starting at Annandale's Empire Hotel which is hosting its first Brewer's Table Dinner for the year. It will feature six beers from Willie The Boatman paired with six courses and the whole Boatman crew along to take you on a cruise through their range. From the boat shed to the Big Shed, the South Australians have lured in a local, national and international champion barbecuing team in for a day of pop-up feasts at the brewery. There are three sessions throughout the day and two have already sold out, so be quick if you want to grab a spot. Also in SA, there's a double degustation of sorts at NOLA where they'll be pairing their New Orleans-inspired food with beer from seven local brewers.

In cask beer related news, Ross Kenrick from Bacchus has managed to get a 200 year old, multi award-winning British brewer to share its coveted recipes AND air freight its proprietary ingredients to him in Queensland where he's been busy recreating their beers for a big St George's Day Beerfest at the brewery. The Flat Rock Brew Cafe has also announced a few more details of its Cask Ale Day at the beginning of May which will feature real ale from around New South Wales.

And to round things off, let us buy you a beer.

If you're a member of the Crafty Cabal, our reader subscription bonus scheme, we'll be shouting beers for you and a friend on Sunday April 24 at the launch party at Forester's Hall. For all the info, head here. 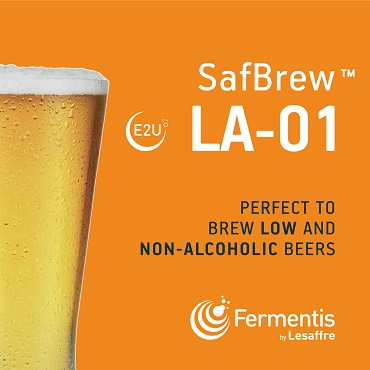