Since emerging from its chrysalis at the end of 2015, our beer lover's bonus scheme, The Crafty Cabal, has been unfurling its wings, donned top hat and tails and is now ready to take full flight, sprinkling free beer, tickets for festivals, brewery merch and sweet deals wherever it goes.

If you've no idea what we're on about, the Cabal is akin to the subscription services run by community radio stations. If you choose to support us by signing up for Cabal you open the doors to a wealth of benefits beyond the reach of mere mortals. If you don't, you can still read the site and newsletter for free, but you miss out on the goodies.

This Sunday is The Crafty Cabal's official Launch Party at Forester's Hall, which will be followed by state by state launches throughout the rest of the year. So we figured it's as good a time as any to update readers on where we've come in the past few months.

At launch, the main incentive to sign up (other than the indescribably warm glow that comes from knowing you're part of our mission to build a stronger craft beer community in Australia, of course) was to access offers at breweries and venues around the country. These offers include:

These, along with the monthly prize draws to win beer worth $100s, still form the main, ongoing part of the Cabal benefits; we're closing in on 60 live offers you can view here now and will go past 100 before the year is out.

We also said we'd be hosting bar shouts around the country. Sunday's party is the first of these – details here – to be followed by a Sunday Session at the Good Beer Week Festival Hub then events in Queensland and South Australia in June / July.

It didn't take long once the Cabal was live for us to realise there were plenty of other things we'd like to do, partly due to feedback from breweries, venues and readers. So we've added heaps of new features, including:

We're pretty darn happy with the new features and the ability it gives us to offer so much more to those supporters helping the site grow. And we're grateful to those readers and businesses who've jumped on board from the start; we appreciate that The Crafty Cabal is pretty different to anything out there in the beer world, but we like doing things differently at Crafty Towers.

On the subject of Good Beer Week, as well as the ongoing deals you can redeem at Victorian venues, the Sunday Session and the GABS giveaway, we're lining up Pint of Origin lunchtime specials at all 12 Melbourne PoO venues too (and there are still spots on the PoO Bus we're hosting if you fancy joining us for a day).

If you're around Melbourne this weekend, it's not too late to sign up and join us on Sunday – Nail's Clout Stout 2015, Fixation IPA, 7 cent Buzz Killington, Red Duck Saison, Boatrocker Big Love Pale and Cavalier Pale are all pouring on the house – but we do need final numbers by midnight tonight (April 22).

And, wherever you are, if we've piqued your interest, but you're not ready to become a supporter of the site just yet, you can sign up here for the Cabal newsletter and keep tabs on where we're going next.

Don't be a cult. Join the Cabal! 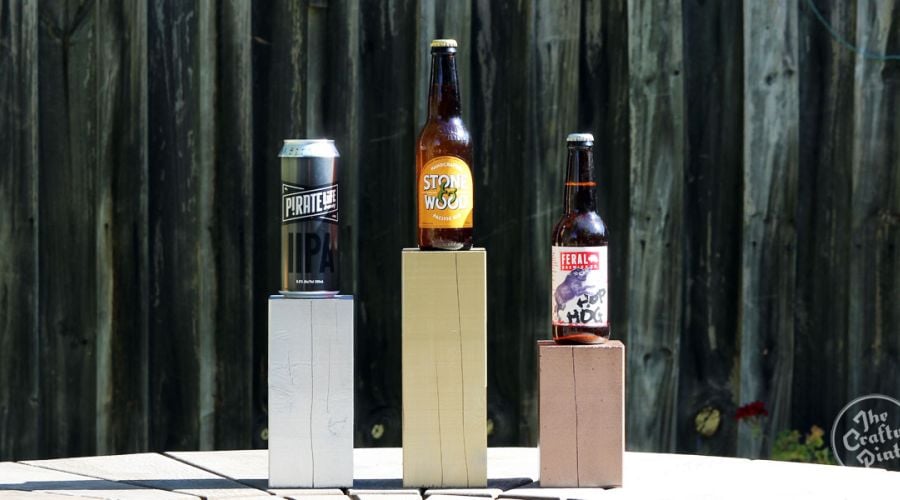 In a sea of wacky beers, making waves isn't easy. But Atomic have managed to do it, with their flame-kissed Lemon Whip Sour taking out the People's Choice from all the festival beers at GABS 2022. read on The votes have been cast and counted and there's a new winner in the GABS Hottest 100 Aussie Craft Beers poll. Canberra's BentSpoke have taken top spot for their flagship Crankshaft IPA. read on