The fourth Bendigo On The Hop festival is approaching fast and looks likely to be another sellout. Among those showcasing their beers will be the city's sole commercial brewery, Brookes Beer.

Founded by Doug Brooke and Melissa Church in a former abattoir on the city's outskirts, Brookes is now into its fifth year. During that time, the owners have explored many avenues to get their beer into drinkers' hands, from interstate distribution to opening a brewery bar and designing beers purely for their home market.

Today, they sell 95 percent of their beer within 50km of the brewery as the brand and its beers have started to find a place in locals' hearts. With Doug spending much of the past few years as an active member of the Craft Beer Industry Association (now the Independent Brewers Association), he's well placed to comment on the challenges facing small Australian brewers – particularly those in regional areas – so we invited him to do just that.

When we first met Doug Brooke in the early days of Brookes Beer, he made it clear the brewery was going to focus on the local Bendigo market. Today, he tells us 95 percent of all Brookes beers are sold within 50km of the brewery. So it makes sense to conclude the past four-and-a-bit years have all gone to plan.

That's not quite the case, however. Not even close.

For the first two years, he says, breaking into the local market and winning over Bendigo's drinkers was far from easy – despite bringing commercial brewing back to the city and the success that Bendigo Beer was achieving in encouraging venues to stock craft beer. A flirtation with a bar at the brewery proved relatively short lived and the fast-growing Melbourne market was targeted instead, often with the sort of beers designed to catch the eyes of the more adventurous drinker – remember the 260 IBU Das Underseeboot Imperial IPL? Brookes beers were also distributed to Sydney and Perth.

That almost all of Doug's beers and now consumed in and around Central Victoria represents quite the turnaround.

"We have been through a number of iterations," says Doug. "But for the last 12 to 18 months, we have really focused on just selling locally."

He says the turnaround started from asking themselves questions such as: "Why do people want to buy a Brookes beer in Sydney?"

"It led us to thinking, 'If we are going to sell locally, what do people here want? What sort of community are we in?' We had to be making beer that connects with the local community," he says.

"Part of what we do is education. All craft beer brewers are educators as we have to explain a new and different things to people. We're also a business that makes beer and, if our local market wants a particular style of beer at a particular price, why wouldn't you do that?"

Thus Bendigo Draught and Bendigo Pale were born. They joined a Brookes stable that features the multiply medal-winning American Pale Ale, a hearty Brown Ale and Mr Bendigo IPA, with the pair designed to sit somewhere between that trio and the mainstream lagers consumed for generations in Bendigo pubs. It was a decision that has paid off, with the Draught the biggest seller in package form, Bendigo Pale by far the biggest seller on tap and the American Pale Ale – Doug's favourite – remaining the flagship among those bearing the Brookes brand.

For all the success of the past two years in securing sales in and around Bendigo, Doug says it has, for the most part, been without reliance on the city's craftier venues. Instead, by offering something not too dissimilar to what venues have been pouring and their regulars have been drinking, at a similar price point and – crucially – locally brewed, his team has been making inroads into pubs and hotels with little or no other craft offerings to speak of.

For small, independent breweries to survive and thrive in Australia, it's an avenue more might do well to explore.

"Bendigo Pale and Bendigo Draught are beers that are knocking off Carlton Draught and taking us into new territory," says Doug. "We're pushing into areas where people haven't known local craft beer. There's a local community that drinks that style of beer and is happy to try something made locally and then there are visitors [to the city] that want a local experience."

Today, Central Victoria and the wider region can offer drinkers plenty of local experiences. Since Brookes launched, 40 Acres Brewing and Shedshaker (formerly Castlemaine Brewing) in Castlemaine have joined the likes of Tooborac and Echuca's Bandicoot, with Doug of the opinion there are still plenty of regional towns that welcome and benefit from a local brewpub operation.

It's a belief informed not just by his experiences at Brookes over the past half decade but also his time on the board and as treasurer of the Craft Beer Industry Association, now relaunched as the Independent Brewers Association (IBA), during which time the association went from one staff member working from home with $40,000 in the pot to one with three staff, a permanent office in Newcastle and that just held its latest Craft Beer Awards at the Adelaide Oval. And it's one informed by what he says are some simple lessons anyone getting into the business of brewing and selling beer should heed.

"We are in the education game," he says. "You can drag a certain number of people over the line with an imperial stout or whatever, but most people are happy with something that's different. Most people don't think about beer is much as we do. But they are happy to support local, whether that's beer or coffee or whatever.

"You can draw parallels with coffee. There are still Nescafe Blend 43 drinkers, but more and more people don't want that and realise there's something else available – just look at the food you would have eaten growing up [compared to what's available today]. We call it 'crossing the bridge' at the brewery – once someone crosses the bridge to craft beer they'll continue to move across and explore the taste."

While Brookes appears to have ridden out its own particular stormy period, the local craft beer industry as a whole is experiencing its most turbulent year to date. Doug says that, while many of his peers are predicting a two-year shakeout, he thinks there will be one more tough year ahead and what's needed are sustainable models – "You can't pay your rep $100,000 a year to earn $100,000 in sales. You can't just focus on the same venues," he says – adding that brewers and their staff need to be targeting new markets rather than cannibalising their peers in high rotation craft venues.

"When I meet brewers, if they talk about their beer then I think they're not serious," says Doug. "Brewers who are serious will be talking about their business. You've got to make good beer but you're running a business as well."

We recently spoke to another small, regional brewery owner, Campbell Hedley, one of the brothers behind Two Heads Brewing in Bathurst. He said that, with some of the larger, better known Sydney brewers now sending beer over the mountains, he has to deal with comments along the lines of: "They're real craft brewers. You're just glorified home brewers." It's a more localised version of that part of the Australian psyche that stubbornly refuses to acknowledge anything Australian is good until it succeeds overseas and is something Doug sees too.

"[Brooklyn founder] Steve Hindy, when he first started selling his beers in Brooklyn, was told to go to Manhattan – 'If you can sell it there, come back and talk to us.' It was the same with us," says Doug. "We struggled to get much traction in Bendigo for two years; then people started to be in love with us."

He says Burleigh Brewing founder and former CBIA chair Peta Fielding experienced the same in the early days: until they'd succeeded in Brisbane, they struggled to sell much on their home turf on the Gold Coast.

"You can get over it," says Doug. "It does eventually turn. That's been our experience here. Once you get through the initial period, they love you forever."

There are still tickets left for this year's Bendigo On The Hop. And if you'd like to become a Crafty Pint supporter and help us do what we do, we've still got three tickets worth $55 each to give away as signup bonuses when you The Crafty Cabal. 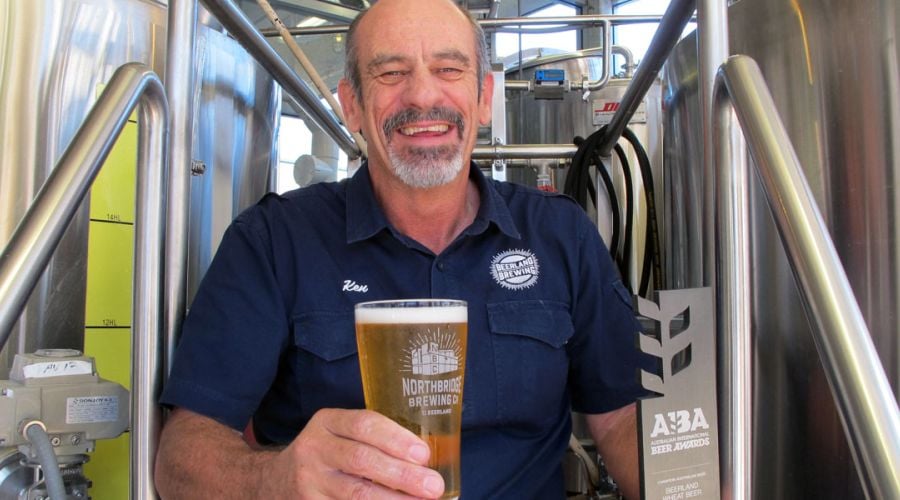