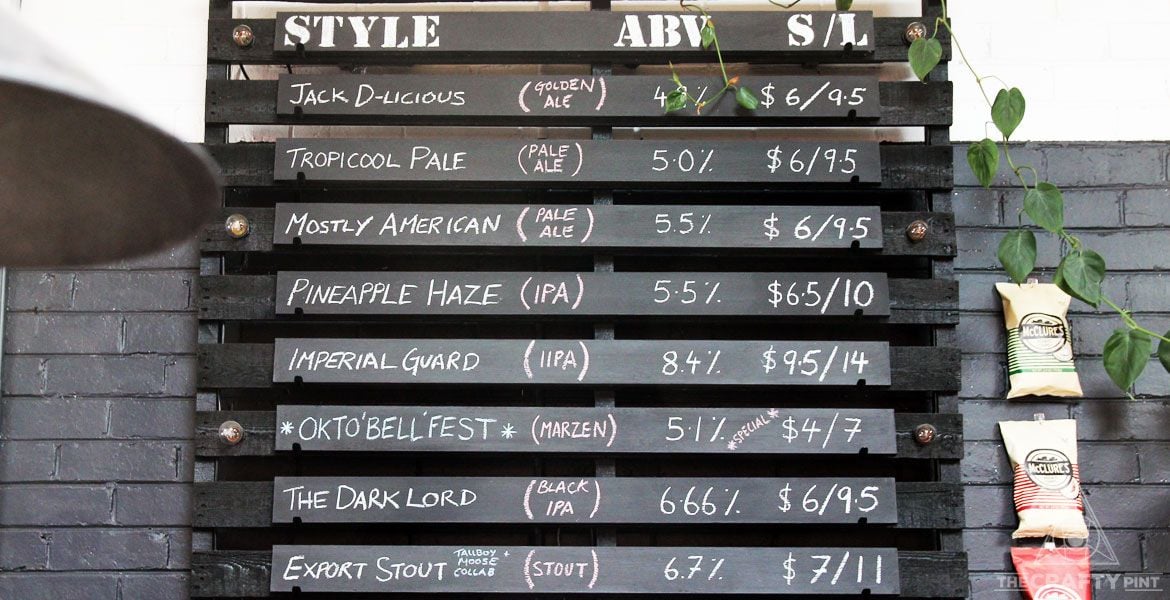 Collingwood can lay claim to being one the country’s best locales when it comes to getting your hands on craft beer. It lies in the middle of a clutch of suburbs well served by quality bars and bottleshops and, increasingly, breweries.

Next year will see even more breweries and brewpubs open in this pocket of Melbourne. They'll join The Mill, the brewery that was occupying founder Mirek Aldridge’s thoughts long before the craft beer scene exploded into life.

After a decade spent homebrewing and working out what shape his brewery would take, early in the 2017 he opened The Mill Brewery in an old mechanics space just off Smith Street.

To provide tasty beers for others to enjoy. The idea of brewing beers is very humbling, and something I’m lucky to be doing.

The Mill Brewery was named after the grain mill – specifically my old hand-cranked corona grain mill – an integral piece of equipment for all breweries. The malted barley needs to be crushed with a grain mill before mashing to allow the grain starches to be converted into fermentable sugars. It seemed like an appropriate name, and I was very surprised to find it not being taken already!

Sitting at Little Creatures brewery in Fremantle, I think in 2007, sipping on their Pale Ale. My brother and I were enjoying the atmosphere and discussing how awesome it would be to one day open a brewery of our own.

I hope to see our current location thriving and still providing an awesome place for people to come and continue enjoying delicious craft beer, with a production facility opened slightly further out of Melbourne.

At the brewery, and a few local craft beer bars occasionally for special releases.

The Mill is at 40 Sackville Street, Collingwood.

Articles by Will
the mill collingwood vic brewpub who brews? Just weeks after Feral closed their Swan Valley brewpub, there's good news for WA's beer lovers. One of the original founders of Feral has taken over the site and will be opening a tavern and recommissioning the on-site brewery. read on It's been another monstrous year for beer in Victoria, with more breweries launching, more beers in more styles released than ever before and competition fierce as anything. Here, we try to cut through the noise and highlight some standout beers. read on