With so much attention understandably given to the phenomenal rise of breweries in Sydney’s inner west, it can by easy to overlook the inroads craft beer is making into and outwards in other parts of the city. In Sydney’s south, there's a growing number of people working hard to help bring local beer to Sutherland Shire. Shark Island Brewing has been doing just that in Kirrawee since it opened in 2015, Hairyman Brewery since 2016 and now Sunday Road Brewing is preparing to join the gang.

The man behind Sunday Road is Brad Walker, a former IT worker whose passion for beer led him away from the world of computers and into the world of beer. While that move may have started way back in 2011, finding the right home for his brewery (while studying brewing) has taken time. It was in 2016 that Brad released his first commercial beer and, in the coming months, Sunday Road Brewing looks set to have its permanent home up and running too.

So, as that moment approaches, here’s Brad to tell the Sunday Road story in our latest Who Brews...?

I'm Brad Walker (pictured above). Sunday Road released its first beers two years ago. The original plan was to build the brewery first and operate from that from the start. We searched long and hard for the right site and were very close twice but for one reason or the other it fell through.

I decided to get the beers out there and gypsy brew and I’m really glad I did. It’s given me the opportunity to work with some fantastic people in the industry. Sunday Road finally has a home of its own in Kirrawee, which is in the Sutherland Shire of Sydney. We are in the process of building it all as we speak and should be set to go by mid-year.

We brew with the guys and gals at Wayward Brewing in Camperdown. They have such a great team and I really enjoy crafting my beers with them.

It’s truly my passion. I love the ingredients, the process and the end result. The beer and the social part of sharing a beer with someone is pretty special.

It’s very cool to play a small part in that.

Enigma Ale and Sunday Road Pale. With the brewery soon to be up and running, there are bunch of beers waiting to be unleashed along with some collaborations that we’ve been wanting to release for a while.

It came out of the day I always worked towards each week. For a long time, I brewed beer on Sundays without fail. The road part is about the journey towards doing the things you love.

Now that I’m lucky enough to brew for a living, it’s about surfing, fishing, hiking and exploring new things with my young family. Australia’s a pretty amazing place do all of these things so it’s a celebration of the lifestyle out here too.

My Czech uncle telling me that the beers I was drinking when I was 18 were “ordinary” and handing me a Pilsner Urquell played a big part. Travelling through Europe also.

Brewing with Chuck Hahn on a 600L system set me on the commercial path.

Some Flying Ram Lager and a Puska from New England Brewing. Pit Stop Pale from Aether Brewing, Hope Brewhouse's IPA and some squealers of our Enigma Ale and Pale.

Wow that’s hard. Maybe a Samuel Adams Boston Lager. It’d keep me happy in the heat while giving me some flavour pleasure.

I’d be longing for a hoppy IPA at some stage though.

A stable in the community that’s respected for great beer and championing independent beer. Having found a sweet spot of production levels and continuing to learn, grow and innovate. I’m in this for the long haul so I hope it’s something that I can pass onto my three boys.

Pubs and Restaurants around Sydney and broader NSW include:

It cycles through a bunch of others as well.

Sometimes in Adelaide (NOLA) and Melbourne (The Windsor Alehouse). Bottleshops around Sydney (Liquor Emporium St Peters, Bottleshops in Sutherland Shire, scattered across the rest of NSW) and direct from us via Facebook or via email – brad@sundayroadbrewing.

Articles by Will
who brews? sunday road the shire sydney enigma 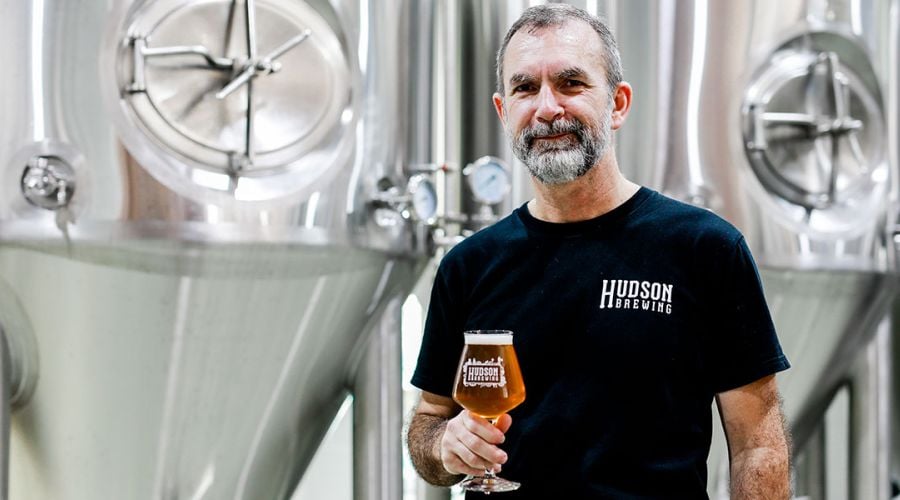