While many celebrated the recent announcement that Scottish brewing company BrewDog was to open a multi-million dollar operation in Brisbane, there were others who questioned why government support was being funnelled to a global beer brand when the local craft beer scene was growing apace. But now local brewers can look forward to additional support from their state government too.

He said the Palaszczuk Government recognised the benefits local craft brewers offered to the economy and would tailor a Queensland Craft Brewing Strategy to the industry’s needs.

“Year after year, craft brewing has been the fastest growing segment of the beer market – a trend that we’re only seeing accelerate,” he said.

“Craft beer production in Queensland is estimated to be worth around $62 million per year and growing, and our state’s market share of the sector in Australia has risen by around 2.8 per cent from 2016 to 2017."

In a statement, he pointed out that more than 13 percent of Australia's independent breweries are found in Queensland, with 22 new breweries opening in the state in the past 12 months, taking the total to more than 70 across the state.

“The success of joint programs like Brewsvegas, now in its fifth year of celebrating local brews with events across Brisbane, is evidence of the craft brewing sector’s creativity, strong local supporter base and willingness to collaborate to grow in Queensland," said the minister.

“The Queensland brewing industry has asked for support to achieve their fullest potential, and I want them to know we are listening and that I’m keen to work with our brewers to sustain their growth and maximise the industry’s wider benefits."

Preliminary consultation with industry will commence immediately, with a draft strategy expected to be released for consultation in the second half of this year.

The process will be led by the Manufacturing and Industry Development team within the Department of State Development. Senior officials will work with industry leaders to set the parameters of the plan which will be developed as a result of this consultation. It is envisaged this plan will include mentoring and training opportunities for new entrants to the industry.

Independent Brewers Association CEO Chris McNamara said: "This is a very exciting development in Australian independent brewing as it is the first time that an Australian state government has committed to developing an all encompassing strategy for the industry.

“The independent brewing scene in Queensland is young, vibrant, brimming with great ideas and ready to grow quickly, making this the perfect time for the government to become involved and ensure the conditions are right to facilitate that growth.

"We look forward to working with Minister Dick and his department to grow the industry in Queensland."

“The craft scene here may not be as mature as it is in some other states, but that’s led us to continuously innovate and strive to be the best,” he said.

“Having the Queensland Government come to the brewing community and ask what we need to get our beers to wider markets more competitively is a positive step for us.”

Mr Dick added that the economic opportunities from craft brewing would extend into tourism and events such as Brewsvegas.

“Tapping into that new flavour, alongside Queensland’s already vibrant palate of attractions, will be a win for everyone in our state – no matter their drink of choice.”

To get involved in the final weekend of Brewsvegas head here and check out the Pint of Origin action here. 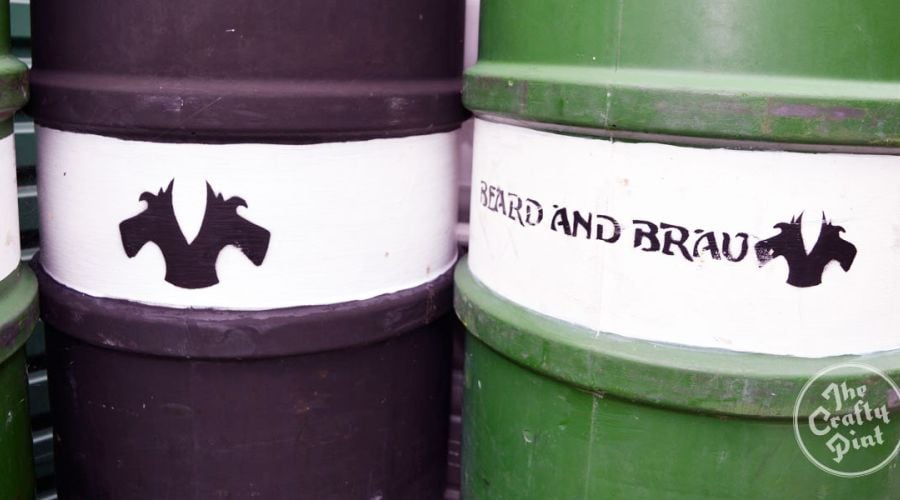