Does independence matter? Or is the current discussion around ownership, as one brewery owner put it to us recently – although rather more pointedly, doing more harm than good to the industry? Shouldn't everyone brewing and selling beer be focused on quality instead?

If the businesses that have been acquired by multinational operations are going to gain access to greater knowledge, resources, marketing budgets and contracted venues then why shouldn't others group together and use their independence as a marketing tool and a banner under which to rally?

Certainly, there are few issues being discussed more often or, at times, more heatedly in the beer world today. Given the Independent Brewers Association (IBA) followed the example of the US and the UK and introduced a seal of independence for its members last month, it's hardly surprising.

The switch to a focus on independence rather than past doomed attempts to define "craft" as a point of difference should offer more clarity too, although as our two recent features on Ownership – here and here – touch upon, even that's not as simple as one might imagine.

In defining its own membership after voting to remove Big Beer last year, the IBA is in a situation where the family-owned Coopers isn't eligible and where Feral technically is following its sale to Coca-Cola Amatil. And, on the sliding scale of ownership, where do you place Mildura or Matso's, acquired by publicly listed Australian businesses Broo and Gage Roads respectively? Or Fixation Brewing Company, a joint venture between the Stone & Wood Group and former Mountain Goat rep Tom Delmont?

As the industry expands and diversifies, it's a little like peeling an onion, one that throws up some interesting layers the deeper you go; when London-based craft brewery Meantime sold to SABMiller in 2015, co-owner Nick Miller told leading British beer site Zythophile: "I think this is a great story for British beer. If we can take Meantime around the world under the SAB capability, I think it’s really a great news story for Britain.”

Emphasising the opportunities that come with selling to a new, better resourced owner is commonplace among those who've taken the decision to sell. Yet, when AB InBev was looking to complete its takeover of SABMiller the following year, some brands had to be sold to ease competition concerns. Thus Meantime is now part of Asahi and we're not sure that's what was intended when talking about taking Meantime around the world.

Still, if there's one area in which you'll find little disagreement it's around a desire for greater honesty and transparency. So, in that spirit, here's an infographic showing who owns some of the beer brands you'll find on bars and in bottleshops around the country.

Thanks to Jessie at Craft Instinct for the infographic. You can download a PDF version here.

And, maintaining the spirit of transparency, here's how The Crafty Pint operates. 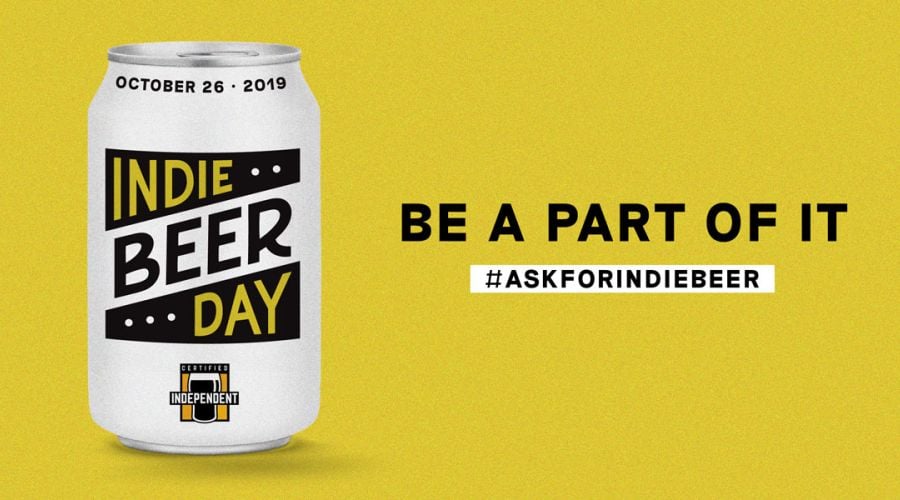 October 26, 2019, is to become the inaugural Indie Beer Day, with supporters of independent Aussie beer encouraged to raise a glass in support of the local industry. read on