When Luke Moulton-Brooks, Nick Copland and Julien Langlet launched their gypsy brewery Three Greens Brewing Co in June this year, it was culmination of a long and slow process.

Back in the late 1990s, in separate parts of Victoria, Luke and Nick learned to homebrew as a means to not only get their hands on cheap beer, but also as a practical way to get their hands on styles that weren't then available in Australia. Meanwhile, over in France, Julien was also learning the ropes of brewing, for much the same reason as his future accomplices.

Years later, all three would find themselves working in aviation and the trio would often share brewing ideas and talk about what they loved to brew. Eventually, those ideas would turn into new beers they brewed together until, finally, their gypsy brewing operation took flight.

Now they're airborne, here's Luke, Nick and Julien to tell us about Three Greens as part of our Who Brews...? series.

By day, Nick is a pilot, Luke is an airline operations manager and Julien is an analytics manager. By night, we are homebrewing beer nerds who wanted to bring our beer out of the garage and into the many craft beer bars we inhabit.

We develop our recipes using mostly homegrown hops at Three Greens HQ (Nick’s basement). Then we scale them up to commercial quantities for gypsy brewing with the fine folk at Cavalier Brewing in Derrimut.

We started for the same reasons as most: it was a cheap and enjoyable hobby that resulted in beer. For the three of us it was inevitable – indeed, to not be brewing just didn’t seem like a possibility.

Just two, a Red Rye IPA and the Sunrise Ale.

Of those, which has been your personal favourite?

The Red Rye IPA was the first beer we made, so that will always be remembered fondly. Also, being a red rye made it a little bit unusual, which turned out to be a good thing in today’s craft beer market. We were pretty stoked when our first keg sold out in four days!

Three Greens is an aviation reference. Before landing, the pilots check that three green lights are illuminated to ensure the landing gear bogies are down and locked into position. The fact that there are three of us is entirely coincidental!

Nick started homebrewing in 1998. He wanted to make something a bit different to what was available – remember this was at a time when Carlton Cold was considered a little exotic. It just took 20 years for him to meet two other guys who had been doing the same thing.

On a scale of Slayer to Coldplay, we’re about a Faith No More – slightly alternative, yet largely accessible.

A big brewpub in Melbourne and national distribution. It never hurts to dream big!

We have an interactive map on our website which shows where you can find us in cans or on tap.

You can keep track of what the guys at Three Greens are up to by following their Facebook or website.

Articles by Will
who brews? three greens gypsy melbourne 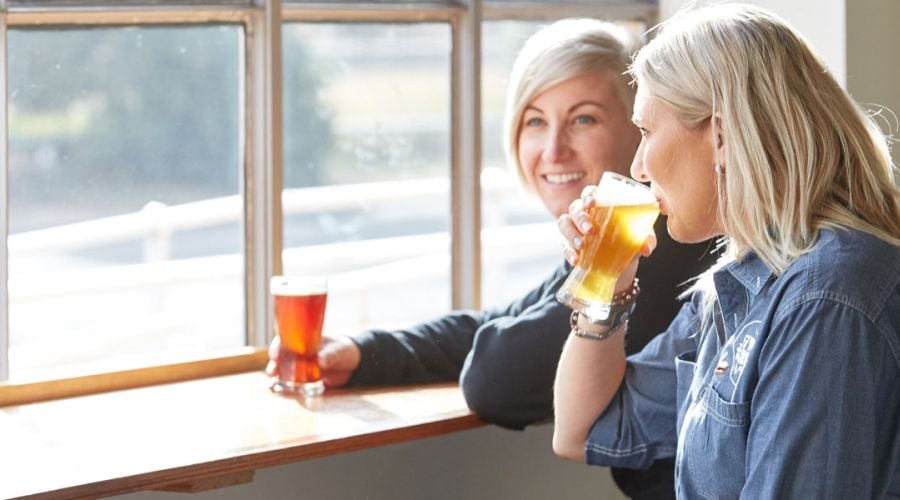