When Helios Brewing opened at the tail end of 2017, its founders – Scott Shomer, Jayne and Tony Rutter – made no secret of the ethos of sustainability that was central to their business. Named after the Greek sun god, the Brisbane brewery’s roof isn’t just crammed full of solar panels, but also features a solar thermal system that supports much of their brewing needs, while they treats their wastewater on site and, like many of their peers, send spent grain to local farms.

Some of those practices are becoming increasingly common in the beer industry but Helios is less a brewery that tries to act sustainably and more a large-scale model demonstrating how you can design a brewery to use as little fossil fuel as possible.

It's an approach that shouldn't be too surprising given each of the founders has spent years working in the environmental sciences. And it's one that's led to a spin-off enterprise too.

A combination of Scott’s background as an environmental engineer and the sheer number of calls and conversations he says he’s had since Helios launched has seen him start consulting breweries looking to become more sustainable under the SolaBrew banner.

“We do a deep dive and look at all of the things that are possible to do and we look at where the energy is going and where there are efficiencies to be had,” he says.

In terms of who’s making those calls, Scott says it’s breweries in every stage of their life, whether they exist just on paper or have been around for some time.

“We had somebody in last week who was a year away from construction and still in the conception stage,” Scott says. “So, with them it’s very easy to talk through how to set it up. If you have to retrofit it’s not as easy; it’s not impossible but it’s not as easy.”

At Helios, designing their brewery to use solar thermal energy and not just solar photovoltaic (PV) panels has been one of the major ways they’ve curbed energy use and has meant they've been able to save as much as 40 percent on power requirements.

At Helios, their processes mean they regularly export about 40 percent of the electricity generated on their roof.

“What we did is we got our demand way down first and then we installed the PV so we ended up being a net exporter of [PV electricity],” Scott says. “Our first power bill for four months was $370, my neighbours spend more than that on their home."

He believes the craft beer industry as a whole is committed to environmental practices. The challenge, he says, is knowing how best to turn good intent into practice. To date, he's spoken to a number of breweries in Brisbane and elsewhere, conducting energy audits, advising on how they can improve their processes or where they might find efficiencies.

“I do this sustainability stuff all the time and when I went to design a brewery there was nobody to help me, there was no equipment off the shelf,” Scott says.

“The government isn’t helping us take up these things, the industries who make the equipment are just coming up to speed with this kind of stuff," he says. "So I wouldn’t say our industry is slow, I think our country is slow – and so is America for that matter.”

Scott, Jane and Tony might have wanted their brewery to be as green as possible because of a shared philosophy but Scott says there's also a clear financial reason to rely less on fossil fuels.

“Even if the main motivation isn’t the environment, you can still save 30 or 40 percent on power by doing an audit and making changes,” Scott says.

“I do it to be green and I help people to be green but I don’t care if they do it to save money – the end effect is we’re using less gas and coal-provided power.” 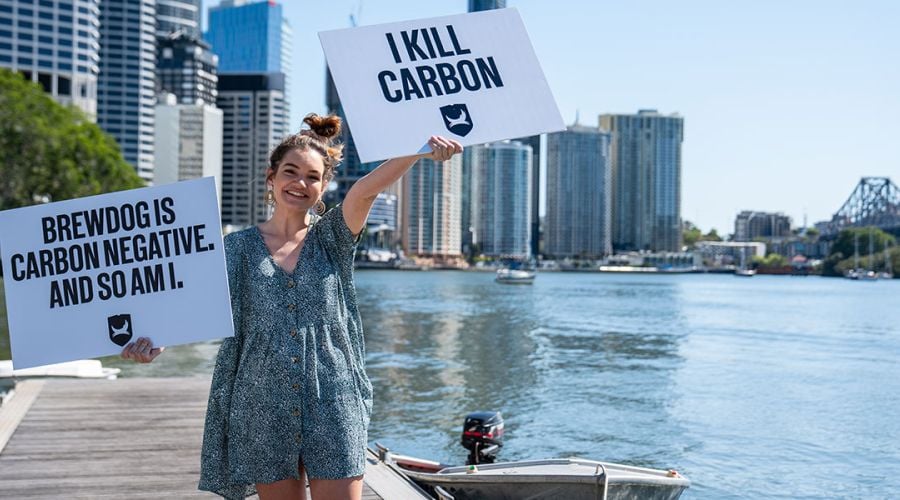