The keynote address will be given by award-winning British beer writer Pete Brown, while Rodenbach’s Rudi Ghequire is flying in to discuss historic brewing in a modern beer world. Other international guests include Gavin Lord, head brewer at Oregon’s pFriem Family Brewers will speak on dry-hopping and Canadian beer writer Stephen Beaumont.

IBA chair and Stone & Wood co-founder Jamie Cook says: “Given the anthropologist that he is, I’m sure Pete Brown will cover the cultural aspects of beer and how the independent beer movement can tap into that.

“Stephen Beaumont is going to talk about the US and his position is that brewers maybe have to stop looking to the US for every answer and make their own way forward.”

IBA chair and Stone & Wood co-founder Jamie Cook says there are three overarching themes for the brewers’ convention: raising the bar, surviving and thriving, and working together. Within the first, there will be a strong focus on brewing quality, logistics, branding and industry standards.

Jamie says surviving and thriving is about helping breweries establish themselves by getting the fundamentals of their businesses right.

“The industry is full of very small businesses and a lot of them are start-ups and only a couple of years young,” he says. “So, it’s really about helping them establish their business in the right way, so they survive the first few challenging years that any start-up in any industry has and then helping them thrive into the future.”

The third theme is about independent brewers themselves, working together to better connect with more beer drinkers. Jamie says the IBA is introducing a new marketing program that will then be rolled out later in the year.

“It’s about building awareness of what independent is but, more importantly, building familiarity and understanding why independent beer matters,” he says.

“There is a genuine sense of connection that people are looking for with brands these days and independent beer is very well placed to provide that meaningful connection.”

Jamie says independent breweries have been very effective at connecting with their communities but that the industry needed to work hard to promote the importance of supporting small, locally owned business.

“We put the seal out there a year ago and it’s been adopted by the industry and people are starting to become aware of it. So, what we’ve got to do now is give people a reason to look for it.”

Sessions at BrewCon will include those on training options, cold storage, brewing with fruit and how brewery's can best look after their staff. Jamie says the international speakers come with a deep understanding of the beer industry but also bring a different perspective, thus offering the chance for brewers to reflect on the differences and similarities between beer in North America, the UK and Australia.

As in previous years, the conference leads up the IBA’s awards night The Indies, this time held on September 5 at the Showtime Events Centre on South Wharf. Applications to the awards closed on July 12 and Jamie says entries into this year’s awards were up more than a third on last year.

“It’s fantastic to see the numbers grow and that’s both been driven by number of breweries and number of entries per breweries,” he says.

This year has seen the introduction of some new awards too, including IBA Young Gun of the Year for people under 35, and the True Indie Beer Supporter, aimed at beer retailers.

“That’s about more broadly celebrating independent beer and the people in it,” Jamie says. “One of the things we love about The Indies is that it’s a little bit more personal and has that more human element to it than maybe the AIBAs has.”

You'll find full details on the program and The Indies and more via the BrewCon website. We're planning a little something tied in with the awards too, so watch this space...

Articles by Will
brewcon the indies 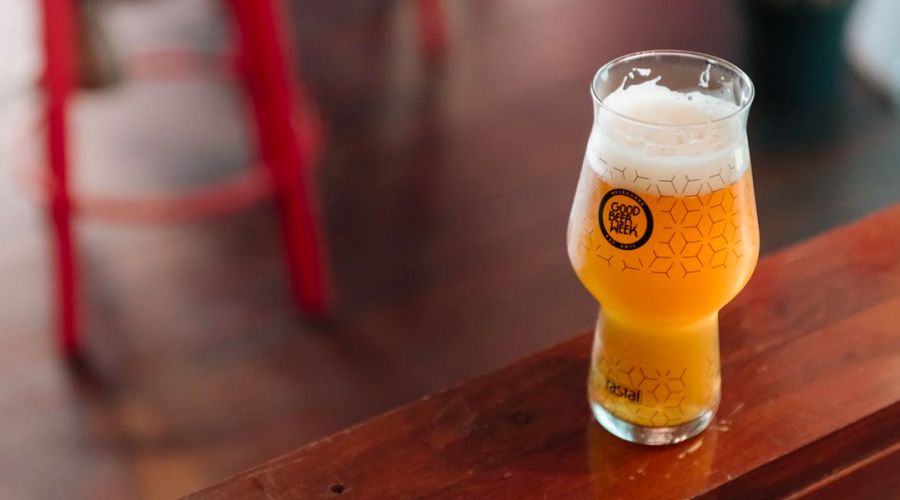 Sad news for beer lovers and many in the beer and hospitality industries today with the announcement that Good Beer Week won't be going ahead in May. The Independent Brewers Association have also postponed BrewCon to 2023. read on