As part of the local and international beer community's ongoing support for bushfire relief efforts, brewers in Australia and overseas are invited to join in a fundraising brew.

Going by the Resilience name used by Sierra Nevada in the wake of the devastating fires that hit California in 2018, the aim is for all interested brewers to brew the same beer to raise money to support those impacted by and fighting the bushfires that continue to ravage much of Australia. Already there has been interest from international brewers as well as those here.

If you would like to take part in the brew, head here to register

The aim is to raise as much money as possible for bushfire relief across Australia. Funds raised will be donated to multiple causes, with individual brewing companies invited to choose the destination for the money they raise.

The team behind the Resilience Beer project, which has come together organically from the local beer industry over the past ten days, is also looking to coordinate brews and distribution as best as possible to ensure there's little crossover in supply (within Australia) while ensuring all breweries, particularly those impacted by the fires and resultant loss of business, are able to benefit significantly. As such, participating brewers are asked to stipulate how much they intend to brew and where they plan to sell it, whether that's through their own venue or more widely through venues and bottleshops.

There will also be a larger scale brew of the same beer – in kegs and cans – that will be used to supply major Australian retailers to ensure the greatest reach and fundraising potential. The recipients of money raised through this channel will be announced in the coming days.

Sierra Nevada founder Ken Grossman has granted permission for the Resilience name to be used in support of bushfire relief efforts in Australia, a move that helps highlight the global nature of the challenges ahead and also the community spirit that infuses the beer world. Their campaign ended up enlisting more than 1,400 US brewers, all of whom brewed the Resilience IPA and donated proceeds to the cause; among the participants was Schilling Beer Co from New Hampshire, who let the Chico brewery use their Resilience trademark.

Recipe development is underway and will be shared with all interested parties, while there have been offers from all parts of the industry to assist. A standalone website and campaign around the Resilience Beer will also be launched in the coming days, so please excuse the rather functional state of the current registration form; at times like this, it's best to keep moving and worry about how things look later.

We'll update readers as things progress in terms of the campaign, the recipe, launch dates and so on. In the meantime, if you're already planning a fundraiser or other event in support of the ongoing crisis, feel free to share details with us so we can add it to the Beer For Bushfire Relief event page for January 18 or the ever-growing listing in The Crafty Pint diary of events taking place before and after that date.

We've also been using the Beer For Bushfire Relief page to compile a list of breweries directly impacted by the fires, whether through property damage – the owners of Bullant Brewery in Bruthen lost their house and four holiday cottages – or the loss of trade during what's usually a busy time of year.

We've included them here too as they're keen to hear from any venues interested in partnering with them for events or keen to buy their beer given their tourism trade is non-existent. If you are from or know of a brewery that should be added to this list, please get in touch. 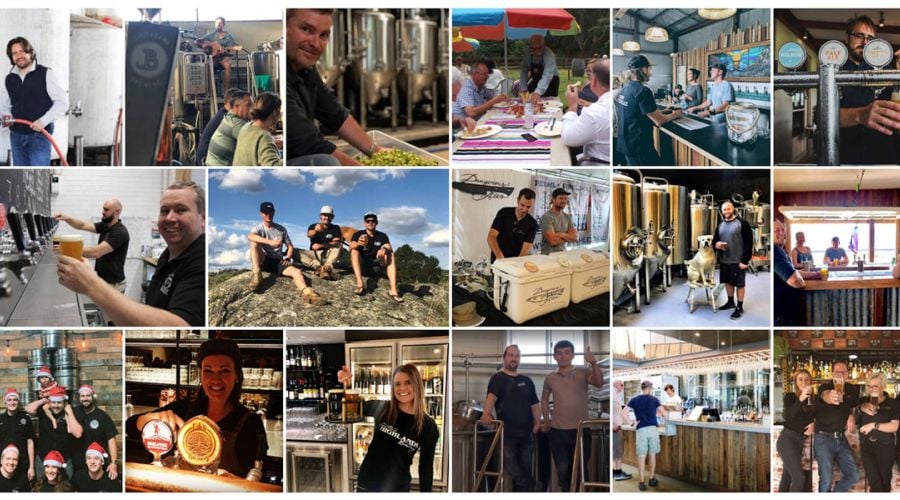