The Keeping Local Alive campaign has really taken hold throughout the Australian beer community over the past few weeks, giving people in the industry and its supporters something to rally around.

We've been amazed by the creative and enthusiastic ways in which it's been embraced, appearing on can labels and the Isolation Beer Festival in Tasmania, inspiring some fun Instagram challenges (I will get around to those I've been hit with soon – promise!) and some other fantastic endeavours in all parts of Australia's beer and hospo world.

The message at the heart of the campaign is simple: support your local beer businesses in any way you can so they are still around when the COVID-19 pandemic has passed. And, as we enter what will be a very strange Easter weekend, here's the local beer community to remind us why it matters.

Feel free to share with friends as we try to ensure the message grows deep roots. Already, we're seeing people change their buying habits in the face of this unprecedented challenge and discovering how everyone can benefit from connecting with their local brewery, bar, bakery or bottleshop. Let's make these habits last into the future.

Massive thanks to everyone who agreed to shoot footage for this film, including those who we couldn't squeeze in, to Lallemand Brewing for their support in getting it made, and Courtney Jones of Dingo Bones for putting it together.

Tough times lie ahead, but already I'm hearing more people thinking ahead to the new reality that awaits us once we make it through – and they plan to be part of it. Until then, the future of local beer – it's in your hands.

Here's hoping there's enough left in the pot to cut the outtakes reel... NB We will make versions of this video in different formats and lengths suited to more platforms available once they're ready next week.

You can check out the campaign resources here and on the #keepinglocalalive Facebook page. 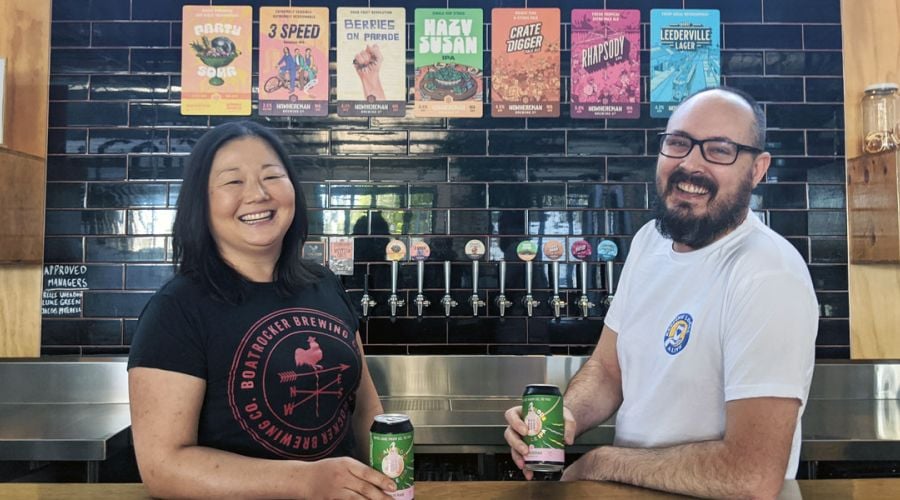