It’s been a long and winding road even by brewery red tape standards, but fans of Deeds Brewing won’t have to wait too much longer to enjoy the brewery's beers at source. The Glen Iris operation, which has been pumping out hazies galore since early last year, will finally become home to a taproom after Stonnington Council approved their venue plans last month.

It follows a protracted application process that dates back to an initial brewery and taproom proposal in 2016, four years after Pat Alé and Dave Milstein launched the brewing company as Quiet Deeds. And, while their ambition was always to have both a brewery and taproom, until the permit was granted Pat says were doubtful their dream would become reality.

“We didn’t really know if we would get the permit,” he says. “There was a point in time there where we got knocked back and it looked like an uphill battle we might not win.

“Hopefully in a year it’s all in the rear view mirror and the taproom is going well.”

Melbourne might be awash with breweries these days, but Deeds' taproom will be the first in the Stonnington local council area. Historically, this part of the inner south east has been a dry area with few liquor licenses granted and Pat says the fact they’re pioneers in that sense, combined with challenges involving another local business, made the process a slow one.

To help them get over the line, they appealed directly to beer fans and locals to sign a petition last year, which ended up with close to 1750 signatures.

“It’s pretty hard to argue that there’s not an overwhelming desire to have a taproom here,” Pat says of the result.

The taproom, which will sit within the working brewery, is slated to open before summer with a full kitchen, space for 150 drinkers and 20 taps. For those living elsewhere in Melbourne, Deeds sits practically on top of the Glen Iris train station, while the number 6 tram rattles past too. Pat says they’re also keen to welcome locals eager for a brewery to call their own.

“We want to look after the locals first and foremost for getting this up in the first place,” he says.

“We’d like the locals to feel at home here, whether that’s catching up with mates or having a family gathering, or parents getting together with their friends.”

But, while they might stamp the name of their home 'burn on their cans, Deeds has a reach that stretches much further. Since switching their focus towards creating highly-hopped, often high ABV, hazy IPAs and other bold beers, they've attracted no shortage of love from beer geeks. And those haze-chasers can be certain they’ll find plenty to keep them happy on tap at the venue.

“We’re planning on having as many limiteds on the tap as we can and some unique beers there that you’re not necessarily going to be able to get anywhere else,” Pat says.

Their limited release can-veyor belt won't be slowing either.

“We’ve got a crazy calendar of releases coming up to the end of the year,” he says. “We’re trying to push ourselves as much as we can.”

Articles by Will
taproom glen iris 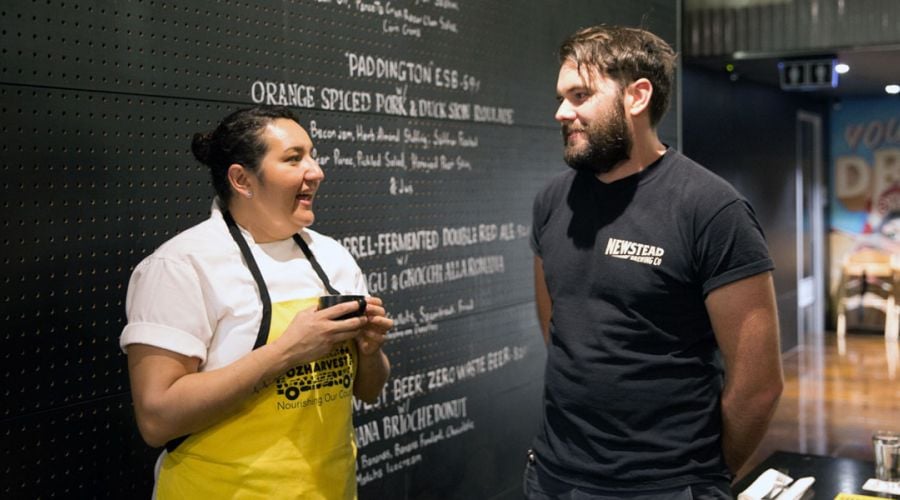