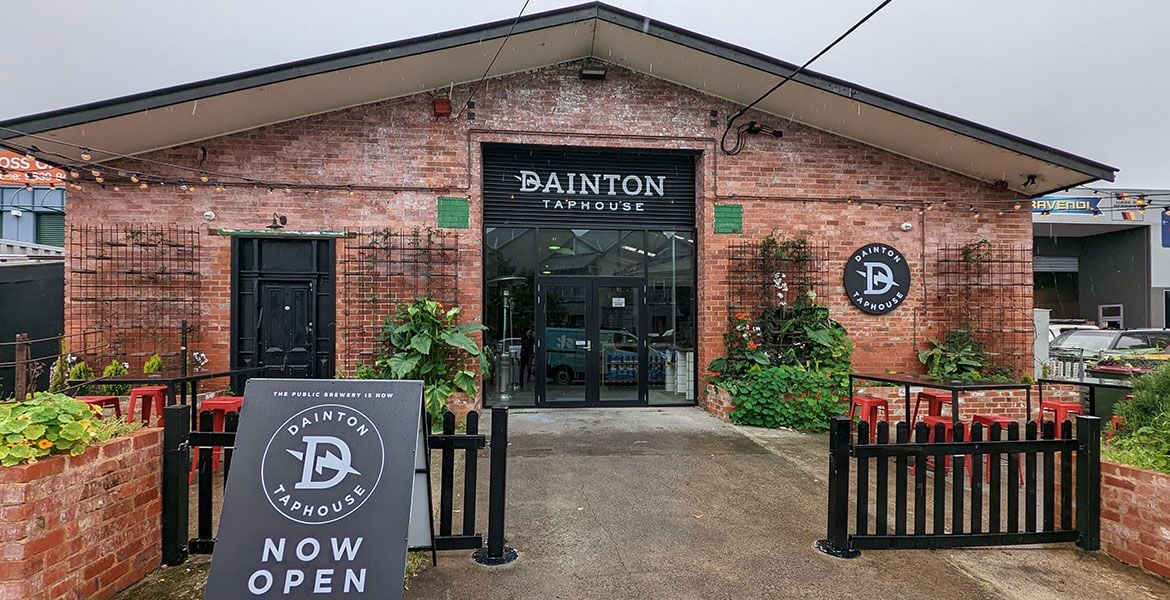 If you make your way along Lacey Street in Croydon today, you'll notice something has changed. The building at number 13 remains the same, and you can still drop inside for a beer and a feed, but the signage for The Public Brewery has gone, replaced by that of the site's new owners, Dainton Beer.

The Carrum Downs-based brewery today opened their second Melbourne Taphouse after taking over the brewery and venue launched by The Public Brewery's founders, initially as a craft bottleshop, back in 2013. The move sees them honour a promise made to anyone that invested in their second crowdfunding campaign in August this year, which saw them raise close to a million dollars.

"During that raising, we said that if we hit the minimum amount we would open a venue before Christmas," CEO Will Smith told The Crafty Pint. "This is us meeting that commitment."

It also sees them hit a target they'd set for themselves when they raised $250,000 in an earlier crowdfunding campaign in April 2019. They'd planned to use the funds to help them open a second venue – at the time they were eyeing up a sour beer brewery and venue on the Mornington Peninsula – before a couple of proposed sites were knocked back by council and then COVID arrived.

Instead, as wholesale demand rose rapidly for the brand and they reached capacity, Will says they decided to invest that money in an expansion at the brewery. A three-vessel, 30 hectolitre brewhouse was replaced by a four-vessel, 42 hectolitre one, and more fermenters were installed, putting them in a position where they hit 700,000 litres output in the last 12 months with a system capable of hitting more than 1.2 million – and going much higher with further investment.

In taking over The Public Brewery's site – but not the brand or its beers – they not only gain a second retail space for their brand and a chance to tap into a new local audience, but they also inherit a pilot brewery courtesy of the 500 litre kit onsite.

"We don't have one [in Carrum Downs]," Will says. "Our limited releases are 10,000 litres first go, so it will be nice for the brewers to experiment on a new style they're not 100 percent certain of."

Will says there was an element of opportunism in the acquisition – they received an email notifying them the venue was going on the market as they were preparing for this year's equity crowd-funding. In a statement to suppliers announcing the sale, The Public Brewery team said: "This decision did not come lightly, but one we felt was the best move going forward."

As for the new owners, Will says: "[The venue] matched our brand and what we do and the aesthetic. It's a great location right on the trainline in an up-and-coming part of the eastern suburbs."

For now, other than the signage and the switching of most of the taps to those of Dainton, they're not planning to change much – at least until after Christmas. The Public Brewery had built a strong local following over the years, so visitors will still find one tap dedicated to their beer as well as cans in the bottleshop. And the menu will remain the same for now too.

Looking ahead, the hope is to add more taphouses down the line, once they've got the hang of running multiple venues.

For Will, today's opening continues what's been a big four years since he joined the brewery, initially as general manager. He joined them from Collins Booksellers, where he spent five-and-a-half years as GM and financial controller, which followed three years at Ernst & Young as a senior accountant.

"It's been an absolute whirlwind, with exponential growth, upgrading the brewery, the pandemic," he says, adding: "We're not planning any more big announcements before Christmas. We want to make sure the venues are performing at their best." It's been one of the most drawn out processes in modern Aussie brewing but, four years on from their initial application, Deeds Brewing finally have permission to build a taproom at their Glen Iris brewery. read on 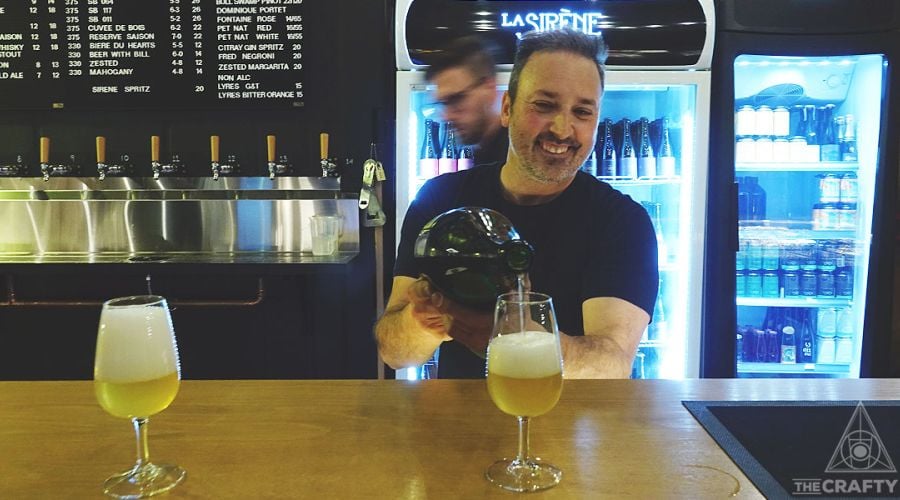 More than a decade after moving into a warehouse in Melbourne's inner northeast, the farmhouse and wild ale specialists at La Sirène have opened their doors to the public. We called in for a chat, beer, food and champagne. read on