Today sees one of Melbourne's best loved pubs reopen for the first time in months. As with many across the city, it will do so under challenging restrictions and amid fears of a second COVID-19 wave.

But any customers returning to The Terminus in Fitzroy North will find the changes go beyond the practices demanded by the pandemic. They'll find a new team at the helm, a new look and a new approach at the corner pub that's offered a hearty blend of craft beer, high end pub dining and classic pub vibes for more than a decade.

Technically, the new team was in place before COVID-19 struck. Indeed, this story was never intended as part of our Postcards from the Edge series documenting life in the beer community through the global crisis. When I sat down with new owner Craig Shearer back on March 4, concerns over the virus were growing fast yet none of us were aware it would be almost four months before the taps would be turned on again. Or that they'd be turned on in a vastly different world.

For most readers, their contact with Craig's past ventures will have been via one of the Beer DeLuxe venues. Along with business partner Jason Sheather, he acquired the original Fed Square venue in June 2012, broadening the beer offering while retaining enough of a crafty focus to become Good Beer Week's Festival Hub from 2015 onwards (in a neat touch, they inherited that mantle from The Terminus). The Beer DeLuxe name then appeared at the former Undertaker in Hawthorn, where longtime employee Sam Capogreco became a co-owner and led a team that gave the suburb its first real taste of the wide world of good beer.

"I didn't know what craft beer was then," Craig says of the Fed Square purchase. "As a businessman, you're blown away by the margin that craft beer generates: 'Wow! How long has this been going on for?'."

Thus, he, Jason and Sam embarked on a craft beer journey familiar to many.

"As your tastes change, the whole world opens up to you," he says of those epiphanic days.

At the same time, they looked to broaden the appeal of a venue with one of the most high profile locations in the city.

"I'll never forget the day that Miro [Bellini, Good Beer Week co-founder and now Brooklyn Brewery ambassador] said that if someone likes a beer it's a good beer. We took that motto and ran with it to create a better choice for everyone – much to the disgust of the craft beer drinkers at the time."

He's not wrong on that last point, as there was fear among the beer geeks of the day that the new owners would totally change a place that had become the best in Melbourne's CBD to find rare and envelope-pushing beers. However, by moving from twelve to twenty taps, even with some more mainstream beers hitting taps Craig says: "We increased our craft beer range and our sales of craft beer."

They also renovated the venue, put a much greater focus on food, and brought in a venue manager, Jimmy Curran, who's now running the show at The Terminus. Then, once they'd proven the brand and concept worked in Hawthorn, they looked to take it elsewhere. One of Craig's other venues, Paddy's in Albury, got a makeover, and they opened Beer DeLuxes in Darling Harbour and Craig's birthplace Wagga Wagga too.

"We opened Wagga and Sydney within two weeks of each other," he says. "It nearly killed us."

While there were challenges along the way – drawing a crowd to the Darling Harbour venue in the early days took much time and effort, for example – the team had a vision for a string of Beer DeLuxe bars across Australia. Then Dixon Hospitality (now Australian Venue Co / AVC) came calling.

"They tapped us on the shoulder and, initially, our response was, 'No, we're not ready.'," Craig says. "Then they tapped again and it was too hard to walk away."

At the time, he says they realised they were employing 500 staff across ten venues yet were making less money than when they had just two.

"We were putting out spot fires constantly. It felt like this wasn't what I'd signed up for. What attracted me to this industry was the people – customers and staff – and I wasn't having interactions with those people."

If this all sounds like the build up to a story where the protagonists walk away from it all and in which this week's opening of the new look Termi is their return from the wilderness, you'd be very much mistaken.

Following the sale to AVC, created Riverland in Brisbane (and later sold that to AVC as well), acquired "big old traditional Queenslander" The Plough Inn in Brisbane, and launched The Collective on the Gold Coast – a "foodie hub" that combines five different kitchens and multiple bars. Add in a venue in the pipeline in another inner north Melbourne suburb and the past four years are far from the quiet life.

However, of all the venues Craig and his team have been involved in since selling Beer DeLuxe to AVC, it will be the new Terminus that interests readers of The Crafty Pint the most.

"The Termi is the Termi," Craig says, "And you can't stuff around with institutions.

"I love this little pub and have known it a long time. I live five minutes down the road and was looking for somewhere to call home for the long term. All I see is an opportunity to improve what's already a great pub."

Those changes include a façade that's gone from grey to white and significant upgrades to dining on Queens Parade that could previously only seat about a dozen people and will have room for closer to a hundred once COVID restrictions ease. Future plans could see the beer garden – itself introduced along with the Craft Bar by previous owner Russell Griggs when he removed the drive-thru bottleshop – expanded into the car park in the rear.

"It's got charm and it's got culture," Craig says. "If you went to redesign and renovate that dining room to be like other dining rooms you'd risk losing that charm."

When it comes to the beer offering, anyone approaching the Terminus on the 86 tram will see it's not just a fresh coat of white paint that's been added during those renovation: a Fixation light box let's you know craft beer is still very much at the heart of the venue.

As the Termi has always done, the tap list in the Craft Bar matches classic styles and bigger craft beer names with the more unusual, so if you're looking for a hazy IPA you'll likely find it sitting next to a Stone & Wood Pacific Ale and a milkshake IPA.

That space, along with the main bar, have essentially been refreshed while holding onto the same feel and layout. Both are a little lighter and brighter while a "hipster mural" guides the way into a beer garden which has a new roof and has been filled with plants to help mitigate a space that could get a bit hot in the middle of summer and pretty wet in winter.

Craig says he spent a lot of time talking with locals before the renovations and, though they weren't planning on changing things until next year, coronavirus brought those ideas forward.

“The overarching feedback was that they all felt the place needed some love but that they loved the place,” he says.

As for the future of hospitality, he says much remains uncertain, particularly given the surge in COVID cases in parts of Melbourne. He refers to an analogy he heard from Stone & Wood co-founder Ross Jurisich about the recovery for the beer and hospo industries.

"[He] said that we came down the elevator but we have to go back up via the stairs," Craig says.

“It’s going to take a long time to come back and there’s going to be some really tough times ahead post JobKeeper finishing. I hope the government comes to its senses and extends JobKeeper until the end of December which might keep a lot more of the industry alive.

"There’s going to be some good operators who don’t survive this and that’s the shame of it.”

That said, if the soft opening we attended last night is anything to go by, there's one thing above all that's more important to the many locals who have been walking past a pub-turned-building-site for the last few months.

Their local is back, the beers are flowing once more, and a parma in a beer garden in the middle of Melbourne's winter has never looked so good.

Articles by James
terminus postcards from the edge #keepinglocalalive 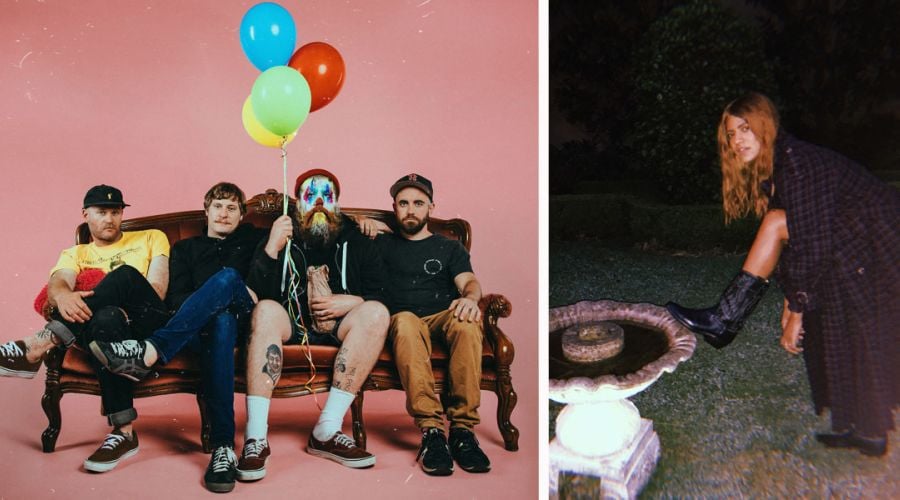