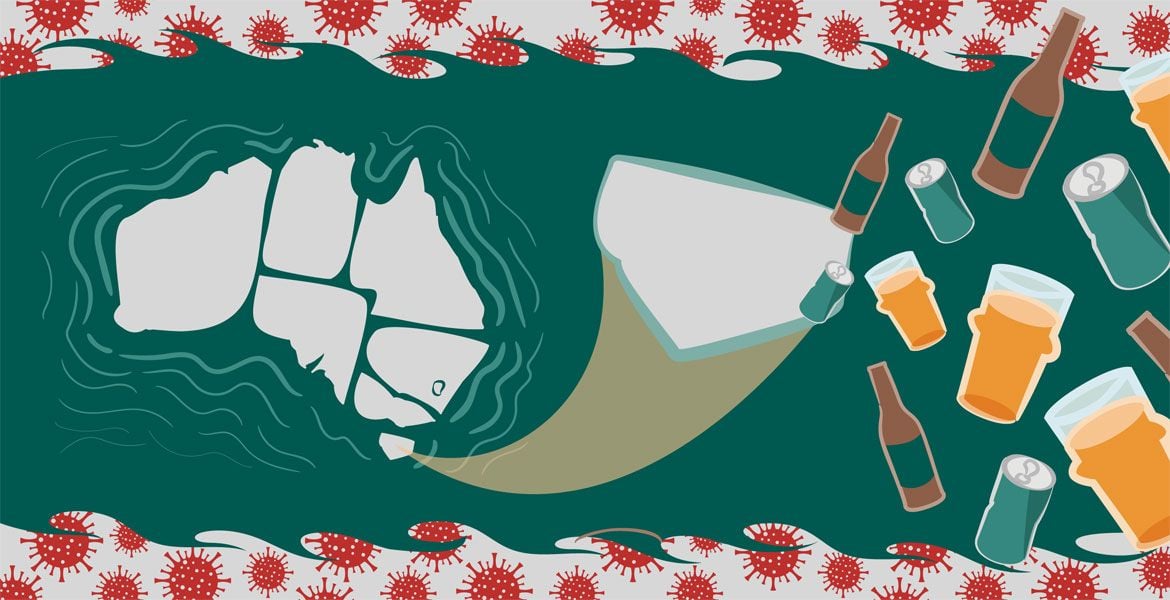 As the drawbridge was pulled up from the moat surrounding the state of Tasmania, those of us lucky enough to be here suddenly found ourselves in perhaps the safest place in the world. With the exception of a small outbreak in the north west of the state, we have enjoyed almost no COVID cases. The restrictions imposed across the state were relatively minor and our hospitality industry was not forced to shut for nearly as long as other parts of the country.

Here in our island fortress, craft beer lovers were instead forced to investigate their own backyards with renewed enthusiasm, leading to a year in which Tasmanian breweries featured further forward in the minds of many locals.

Whilst there may not have been the diversity of outrageous styles produced in the state compared to elsewhere in Australia, the overall quality coming out of Tasmanian breweries has improved significantly in 2020.

There is growing anecdotal evidence that many of those who may in the past have been craft beer "considerers" – those who might occasionally try something other than the macro fare – have been changing their preferences as more quality packaged options from local indies hit the market.

Southern Tasmania has always been synonymous with "cans of blue", thanks to the region's local big boy brewery go-to. There’s an almost cult-like status around it, with many "hipster" types drinking cans of blue in the same ironic manner that some take to Melbourne Bitter longnecks.

In 2020, we welcomed the entry of lager specialists Boekamp Bier into the packaged market, in bold blue cans, giving cause for consideration as to what a can of "true Tassie blue" might be. Their emergence also offered a fresh perspective on what a quality lager can be, with their lager, pilsner and dark lager all becoming fast favourites to take to the family BBQ. It was a can of blue of which Tasmanians could truly be proud.

Was? Well, as the year ended, we also bade farewell to the lager specialists after Boekamp closed their doors. We'll keep you posted on updates in 2021.

Spotty Dog have been quietly building their profile across the state in the last few years, brewing a range of West Coast style beers inspired by a trip founders Klimt and Dom Donohoe took a few years back. While they continue to name their beers after places of providence in the USA, there is no doubt they're increasingly becoming a go-to for many Tasmanians looking to support local.

Their Chico IPA series is a nod to the traditional American-style IPA: bitter, resinous and full-flavoured. After a number of highly sought after keg-only releases, the Mosaic variant made it into cans and was one of the most talked about releases of 2020 in the local community. Cans sold out very quickly – the first time a local brewery in Tasmania has experienced this sort of hype and demand for a limited release.

Ocho brewer Stuart Grant continues to produce some of the more innovative beers around (such as his collaboration with Stillwater for the Carwyn Collaborational). He is also increasingly becoming known for his forays into hazy IPAs, including the Wooly Mammoth collaboration with Quiet Deeds and his Rainbow Hills DIPA.

The seasonal IPA releases have continued to evolve, with none more popular than the iconic purple can that came and went during the long Tasmanian winter. The second batch disappeared even faster than the first, with posts in social media groups sparking outrage and jealousy when those smart enough to cellar up shared photos of a full fridge of #purps.

Will Tatchell’s farm to bottle approach continues to iterate in 2020, with five new releases from the Wilderness Project range – spontaneously-fermented coolship beers largely using ingredients sourced from the farm on the brewery sits.

Fence Line is a blend of one-, two- and three-year old liquids and was the standout of these releases. Of course, trying all five with a friend or two is a worthwhile experience since each individual release has its own distinct character and appeal, and is proof we don’t need to go to Belgium anymore to get our hands on complex lambic-inspired beer.

While not a release that was groundbreaking, the addition of the Session Ale to Morrison’s core range of cans this year was a welcome moment of calm in a sea of increasingly bigger beers. Whilst the alcohol-free trend looks to be here to stay, having an option that can give you the best of both worlds (especially during the holiday season) while maintaining a near-perfect, hop forward balance is harder to find in Tasmania than one may expect.

Many of Morrison’s other releases – now available in cans too – remind us there is a world outside the haze and hype of the new school. And the Morrison Session Ale is a crowd-pleaser designed to suit just about anyone.

Since taking over the Fox Friday brewery in 2019, Benn and Sarah Hooper continue to go from strength to strength, highlighted by the opening of a taproom in the Hobart CBD in November. This large, inviting venue is a true home for the numerous hazy style beers for which Fox is becoming known. The addition of Texas-inspired food provides Hobart with the perfect CBD watering hole.

Fox’s new home also acts as the joiner between the waterfront (home to venues such as Hobart Brewing Company) and the North Hobart selection (from Shambles up to The Winston).

Moving from canning individual beers off taps at their small brewery as the lockdown was imposed to opening a fully operational taproom in just a few short months, was an incredible feat of business resilience and determination. Hobart is incredibly lucky to have this motivated and positive crew now as the geographical centre of the craft beer experience in the city.

It may have taken a pandemic to do it, but now we can continue to enjoy brewer Kris Miles’ finest work in the comfort of our own homes, direct from the adjoining Winston Cellars.

Pulling together 16 different releases from Tasmanian breweries into a single box was a wonderful example of the whole Tasmanian beer industry working together and #keepinglocalalive in 2020.

Masterminded by Luke Dempsey, the two iterations of the Community Cubes were a win for consumers, outlets, breweries and the distribution network pulling it all together. They're another thing we hope to see continue in 2021.

Twenty-two independent Tasmanian breweries – all small local businesses – took part in Isolation Beer Festival in April, with "attendees" able to enjoy online tastings, tours and meet the brewer sessions without having to leave the house. It helped keep the community connected at the height of the Tasmanian lockdown.

New Tasmanian breweries and taprooms opening… including but not limited to:

You can read our look back at 2020 from a national perspective here, and look out for more state and territory-based roundups over the coming days. For most Aussies, Tasmania has been off limits for much of 2021, which has allowed the island states brewers and beer lovers to get to know each other better than ever. Join us as we round up the year's standout beer highlights. read on For Victorians, 2021 was for too close a carbon copy of 2020 for comfort, but there were beer highlights aplenty. Here we look back on a year of great beer, close shaves, and brave leadership that shone through the lockdowns. read on