When Scott and Tara Seymour moved to Tasmania in April 2020, brewing wasn’t really on their radar. Sure, Scott had spent the better part of two decades helping build the craft beer scene in Bendigo as a venue operator and as part of the Bendigo Beer team, but he was preparing to start a new job in health and aged care and had no plans to get back into beer.

However, what do they say about the best laid plans?

Shortly after arriving in Tasmania, the pair were driving through the beach town of Penguin, situated about 20 minutes west of Devonport, when they found themselves drawn to a building that had formerly housed a small bakery.

“That’s all it took,” Scott says with a laugh. “We just looked at each other and knew.

"Tara was the one to actually say, ‘That needs to be a little brewery on the beach.'"

It was all systems go from there, not least as the pandemic left them with plenty of time to think about the new project.

“Once we had the idea, I got started on recipes with some equipment I cobbled together at home,” Scott says.

“I didn’t have a great deal of brewing experience – it’s been a lot of trial and error on all the beers, other than the choc brown ale, which has stayed the same from the first batch.”

Once he was happy enough, Scott took what he had to Morrison Brewery in Invermay, just outside Launceston, where he has since been honing beers under the Penguin Beer Co banner.

Ideally, beers need a home in which to serve them, however, and following 14 months of hard work, Penguin Beer Co had just that, with Scott and the team thrilled to swing open their doors to the public in early July.

“It was a roller coaster," Scott says of the ups and downs experienced along the way. "Some times were pure excitement, others were absolutely gut-wrenching.

“But opening up, seeing the beers being poured, and seeing the positive feedback roll in was amazing. We had to turn people away when we opened, and that enthusiasm has continued from our local community since the doors opened.”

While many would be content with turning a bakery into a thriving taproom in little more than a year, Scott is clearly not such a person. While developing Penguin, he and some business partners looked at how they could further the reach of Tasmanian beer and ultimately landed on the idea of creating another, larger brewery.

Construction begins on what will become Island State Brewing this week, with the aim being to fill a craft brewery-sized hole in Devonport. Sporting a 10 hectolitre brewery and a 12 tap venue – with four of those taps pouring Island State’s own Porter, Kolsch, XPA and IPA – the aim is to have the brewhouse open by November. Once operational, the site will also act as the new brewing home for Penguin and will offer contact brewing to others in the region.

“We’ve already had three parties tell us they’re interested in contract brewing," Scott says, "which is a really positive start. As a venue, it will just be great to have another place to showcase Tasmania’s amazing craft beers.”

And, while they're yet to brew the first Island State beer there, he's already look to a bold future for the business.

“Within ten years, we want to see Island State Brewing bringing the taste of Tassie to all of Australia,” he says.

You can visit Penguin Beer Co at 85 Main Road, Penguin, and find them alongside hundreds of other breweries and good beer venues in the free Crafty Pint app. 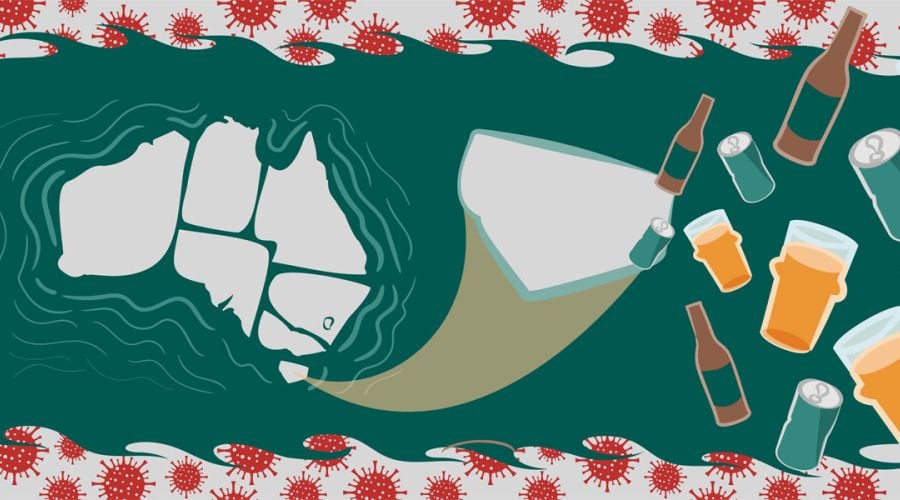 T-Bone built their brewpub largely to focus on keg beer but the success of their cans has seen them struggle to meet demand. That's set to change in the near future, however, with work underway on a new production facility. read on