For many Australians, exploring the bush has never been more appealing. After months inside, escaping the city and finding a nice, quiet spot to relax is a reality many are making the most of whenever they can.

Wild Life Brewing’s founders – brothers Jack and James Thomson and their lifelong mate Rhys Porter – can be counted among those enjoying the outdoors. Along with Jack and James’ other brother Harry, they spent a day exploring the environment along the Goulburn River that runs through their hometown of Shepparton. But camping or fishing wasn’t their aim; armed with their 250-litre pilot brewhouse, the goal was making beer. And, in keeping with the brewery name, they set about making their first wild beer.

Jack says they’d often discussed doing this since they launched back in 2019, but the reality of starting up the brewing company, with the added challenges of surviving the pandemic, put it on the backburner.

“It wasn’t just the idea of doing some spontaneous fermentation,” Jack says. “But the idea of it being really localised and picking areas where we think the flora will have a pretty unique impact, or an area we’ve loved camping out for our whole lives.”

By its very nature, wild brewing can be time-consuming and fickle, although incredibly romantic too as we've been exploring in our The Wild Ones series. But, as Jack says, even finding the right spot can pose a challenge.

“There was a lot of rain just beforehand, so it turned out the spot we were going to go to was just going to be no good,” he says.

“Every minute we were just making a decision. We just loaded the boat up and headed down the Goulburn for 30 minutes or so, and we just chose a spot that was nice and secluded.”

Once they'd agreed upon a location, they started chopping wood, built a fire and slowly started generating enough heat to brew. It was a process made all the more rudimentary due to packing day issues.

“Classic us – we forgot all our thermometers and all that business,” Jack says. "So when we were out there, it was just us just watching it, checking it and making sure it all felt right.”

After brewing in a bush in bloom, beneath acacia and eucalyptus, they left the beer outdoors for a full week to pick up any surrounding yeasts and bacteria. Later they added organic peaches to the mix as an ode to their hometown, a major Victorian fruit-growing region and the birthplace of SPC.

The resultant Wild Fermented Peach Sour is still resting away in bottles – their first release in glass – but they told The Crafty Pint they’re already rapt with the result, with the only disappointing element the limited amount they were able to produce.

“We want to push the boundaries, but we don’t want to isolate or alienate people with flavour, so we try to make stuff accessible,” he says. “This beer has really nailed that; we’ve still got a heap of funk and some really unique sherbety and cola sourness that comes from that wild fermentation, but it’s still approachable and you could have a few of them.”

Jack says for future releases in the series they plan to head to the coast, mountains and other areas in order to try and capture different moments and regions within their home state.

“It’s like a time capsule of places and flavours,” is how he puts it.

It’s not the only thing that’s been bubbling away at the Shepparton-based brewing operation, with Wild Life recently buying Hop Nation’s old brewery, which has left its Footscray home to be replaced by a still and barrels. Until now, Wild Life beers have been coming out of Hawkers, with the team using a former hairdressers turned small bar and bottleshop on Maude Street to connect with locals.

“We can’t really keep up," Jack says. "We’re really grateful the town has embraced us.”

They're in the final stages of locking in what will be a substantial home for their new kit and have taken on investment from a number of locals. The investors have been longtime members of their beer club: a community of those who have bought Wild Life beers, from whom the Wild Life team receive regular input about what they'll brew next and how the brewery will take shape.

“It’s just been really important to us about having a genuine community, especially in the town we're in," Jack says.

“We’re a small team but we think it’s really important that the whole community has ownership of what we do.”

Wild Fermented Peach Sour is due for release in December, you can pre-order a bottle here. 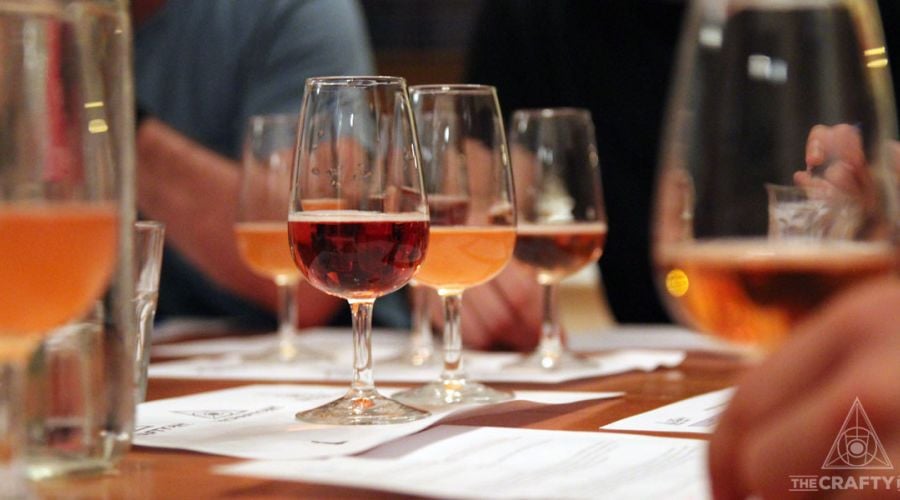