Anyone familiar with Brisbane’s topography will know the city is built on a giant floodplain with a river capable of biblical-scale flooding. The city’s detractors will take from that what they will but most Brisbanites – especially those living in the lowest lying areas – faced with the threat of flooding go about their lives nonchalantly accepting their reality.

However, for the folks at Brewtide, a new brewery located in one of the city’s most notoriously flood-prone suburbs, the ebb and flow of the river and its tides are, if anything, an inspiration.

As head brewer Gavin Croft puts it: “The lowest parts of the building are in a space where things are prone to flooding and at some point we’ll have to deal with that.

“As far as the beers go, we want the styles to change constantly, like the tides in the area.”

The brewery in Albion is part of Craft’d Grounds, a new food and drink precinct located in a reclaimed cluster of old industrial buildings which brings together a variety of producers – including a coffee roastery, farmers market and restaurant – under one, architecturally-designed roof.

Helmed by Gavin, who is no stranger to Brisbane’s brewing scene after creating  beers for Newstead, Archer and Bacchus, as well as his own Croft Brewing venture, the brewery's focus is on producing limited release beers that showcase local ingredients and local talent.

“We’ve only got one core beer, a mid-strength Munich-style helles," Gavin told The Crafty Pint, "and the rest will be constantly changing beers brewed to highlight interesting ingredients, techniques or in collaboration with others.

“And where possible we will brew with ingredients from southeast Queensland, and where there is no equivalent, we will try and keep things as close to home as we can.”

Of the 20 taps in the brewery’s bar, 15 pour beers from guest breweries, predominantly those within the state's southeast. One lone tap is dedicated to Brewtide’s core lager and the other four will feature that constantly-changing lineup of limiteds.

At the time of launch, the last of those included a NZ pilsner brewed in collaboration with local heroes Brewtal Brewers, a coffee stout made with onsite roasters 7 Miles Coffee, an IPA brewed with brewing peers Sealegs, and a pale ale which boasts local artist Zac Moynihan as a collaborator.

The 15-hectolitre brewery will also open for use by local brewers, something Gavin hopes will only add to the spirit of collaboration and community.

The brewery itself is a focal point of the lower ground of the venue and, as the brewer puts, it: “The venue is somewhere people can come and see beers being brewed, coffee being roasted and food being cooked.”

The carefully designed use of timber, steel and glass gives the whole venue a reclaimed industrial feel, one that's modern but warm and inviting, and built to highlight the space’s tenants at work.

Along with the bar, there’s an incredibly well-stocked bottleshop showcasing local, Australian and international beers as well as wines. And in what feels like an exceptionally rare treat for patrons, the beers and wines purchased from the bottleshop can be enjoyed onsite within the Craft’d Grounds premises.

While Brewtide’s beers are only available onsite over the bar at time of publication, there are future plans to can some of the limited releases and spread the joy further afield – if only slightly further.

With one of the murky, tidal tributaries of the Brisbane River just a stone’s throw away, there’s plenty of inspiration to keep Brewtide busy – and plenty of reasons to keep a close watch on Gavin's latest venture in 2022.

Brewtide is located at 35 Collingwood Street, Albion. All photos by Full Stop Social Media; some have been edited to fit the page. 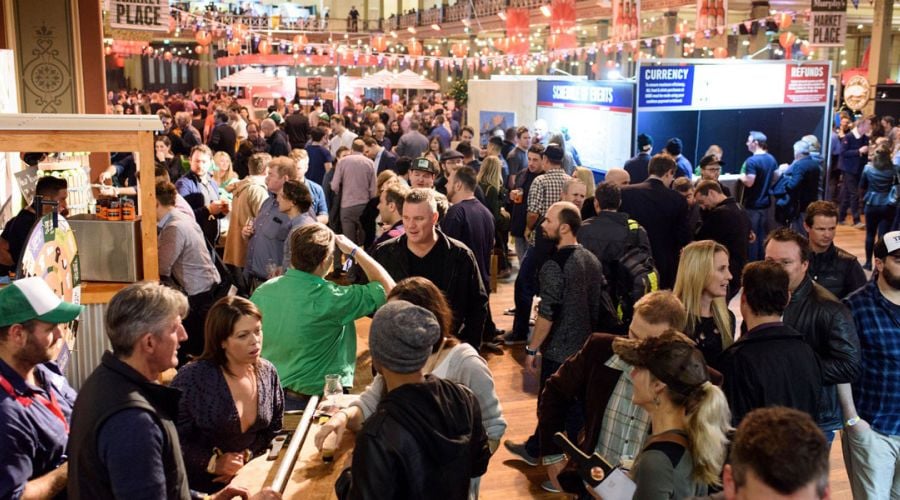