Sixteen years after launching, Gage Roads are days away from opening their “spiritual home” on Fremantle’s Walyalup Waterfront. As they prepare to welcome their first guests, Guy Southern spoke to CSO Aaron Heary about the arrival of Gage Roads Freo.

The launch of Gage Roads Freo continues the building energy around Fremantle, as well as the continued growth of WA’s largest independent brewery.

As one the first Gage Roads employees, Aaron Heary initially signed on as a brewer before progressing to head brewer, COO and now CSO. It’s a journey that runs concurrently with the rise of Australian craft beer and, of course, Gage Roads itself. It’s also one that finds the one-time brewer equally excited and sage-like as they prepare to welcome punters to the brewery’s new “home”.

“Fremantle is a place that Gage Roads Brew Co has always been closely connected to,” he told The Crafty Pint. “I’ve been with Gage Roads since day one, when two brothers and a few mates had an idea and passion to start a truly West Australian brewery.

“When the guys were first staring Gage, they were looking at a site in Fremantle that was going to have a hospitality aspect to it, but for whatever reason that didn’t work out at the time. Ever since then there’s always been talk about, ‘If you were ever to do something, where would it be? And what would it look like?’

“We started to get more serious about that after the ‘Returning to Craft’ strategy was announced. It was on my radar pretty quickly; just having consumers experience what we are all about was going to get a lot of cut through in the current market.

“And, when you start looking at what we’re about – coastal, lifestyle, the ocean, surfing, diving, fishing – you start to cut down the locations that are suitable, and the ones that are suitable are pretty much already taken, or are very expensive.”

As such, a long search ensued right up until a family outing suggested what might have been obvious location all along.

“About two years ago, I was visiting the Maritime Museum with my kids and we saw this ship come in,” Aaron says. “I was standing out the front of this building, and thought, ‘Imagine sitting here, drinking a beer and eating a pizza, and watching a ship like this come in.’

“All these people that were around the harbour were running to the water to watch it come in, and I thought it’s a pretty spectacular place. Looking at the building, and poking my head in the windows, it was just a storage shed being used to hold stuff for the Maritime Museum, and that started the journey.

Built in 1926, the A Shed building and surrounds, have long been an inspiration for the brewery, including the framing of its current label designs. With the conversion into brewery and venue budgeted for $10M, the 100 metres long, 4,000 square metres, 1500-capacity venue houses a variety of spaces designed by Finespun architect Patrick Miller, whose hospitality credentials include Propeller, Mechanics Institute, and Quarter Acre.

“Patrick has been really sympathetic to the building,” Aaron says. “He wanted to work with the building. Everything that we’ve designed and built in this process is detached from the building, trying not to impact the structure too much.

“The original building was built into the wharf, half over water, half over land, and it curves with the wharf. We wanted to showcase the building, location and heritage of it just as much the other elements of the food, the beer and service.

“The ethos is the ultimate WA beach house.”

As such, the main bar runs main bar runs 17.5 metres long, with ample views of the action on the harbour, while there’s a kid’s playground featuring a retired cray boat, a 1960s Land Cruiser and a climbing wall, while artwork by Andy Murphy and Chris Nixon celebrates both Fremantle and the brewery.

Gage Road Freo’s West Australian focus carries though to the locals-only wine list and the kitchen, led by Danny Sanchez – ex-Attica, Melbourne and Hadiqa, Perth. And, of course, what’s pouring through the taps.

“We really wanted to celebrate Western Australia, and a lot of what we’re is using WA ingredients, calling out WA provenance on the menu,” Aaron explains. “Naturally, the beer is made here in WA, but also in the fit-out we’ve used recycled Jarrah, a local WA timber, [and] there’s Donnybrook sandstone on the bars, there’s elements that we’ve pulled out when the wharf was being redeveloped.”

Simone Clements is tasked with overseeing the brewing of tank-to-glass beers on site, helming the site’s 25 hectolitre, 16 tank brewery.

While visitors will be able to choose from the full Gage range on tap, the new brewery also serves as home for experimentation with Hazy As Tropical Hazy Pale Ale and Off The Wharf Red IIPA the debutants lined up for opening and a new sour imminent. Alongside that will more WA beer, with a number of taps reserved for regional, independent WA breweries on a rotating basis.

Buoyant as the Gage Roads team is at the impending realisation of a long-held dream, Aaron is acutely aware of the reality of facing the state in the coming year.

“We’ve been really lucky here for a long time, but we’re going to see a fairly significant adjustment for West Australians,” he says. “Our way of life will change quite a bit, but like I’ve said to our team, we’re making decisions for the long term.

“When we first started negotiating the lease on this site, COVID came along and everyone thought that we were going to pull out of it, mothball it, and we just went, ‘No. We’re here for the long term.’

“We’re going to go through some tough times over the next period but this lease is for 40 years, and we want to create a relevant experience for people for the next 40 years. The immediate term, we’ll have to navigate that.” 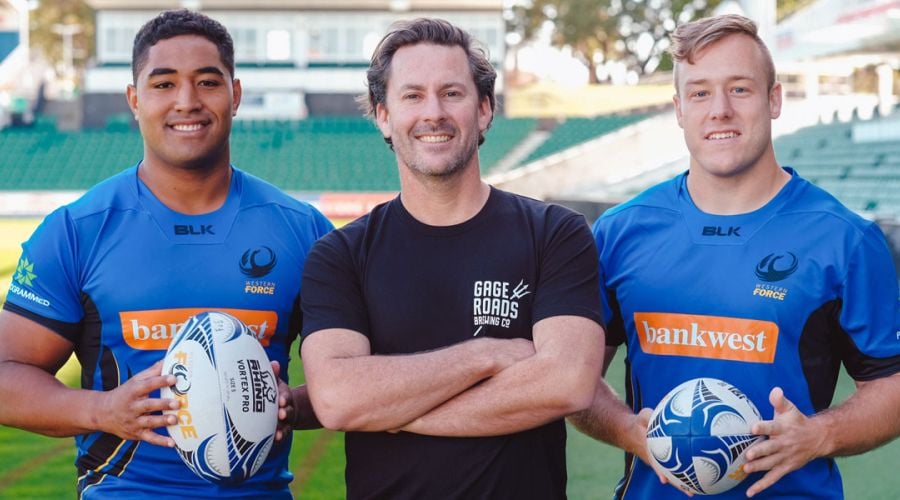 As Gage Roads secures pouring rights at another major stadium, we ask their head of marketing for his thoughts on what the future holds based upon his two decades in and around craft beer in Australia. read on 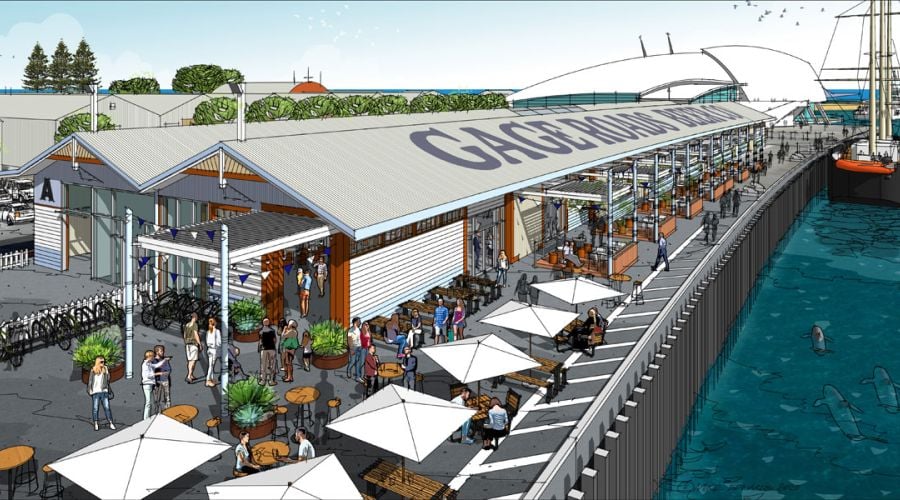