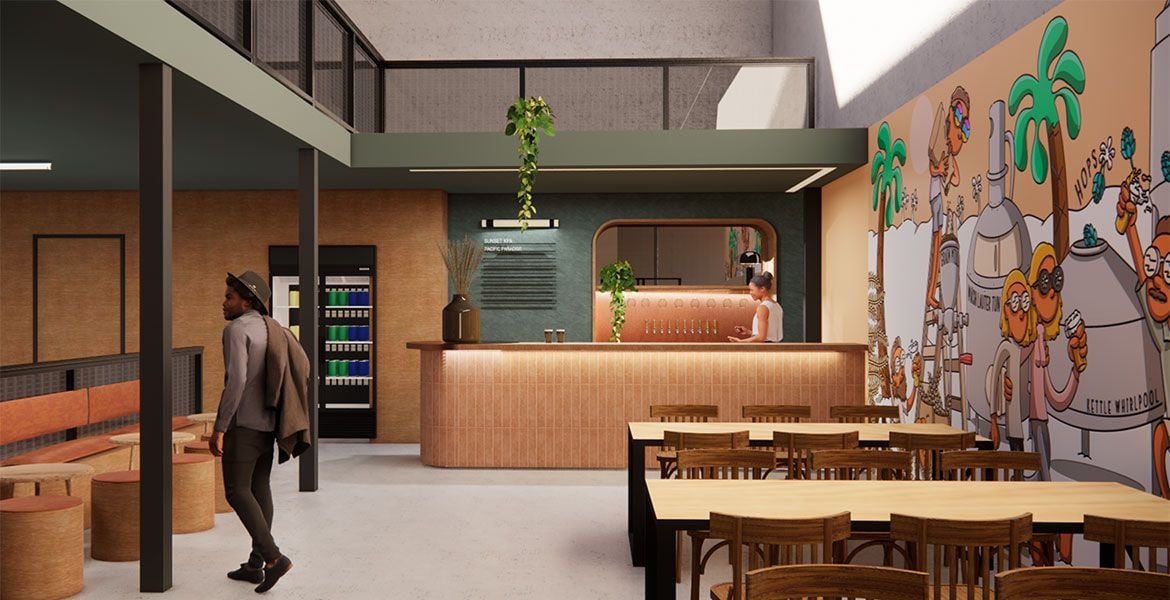 Local Brewing Co are set to move into their own home in 2022, with the brewing company today announcing they have received approval for a site in Melbourne’s inner north. Their Clifton Hill taproom will be located in Hilton Street, close to the suburb’s southern boundary and just a stone’s throw from the brewery hub that is Collingwood and Abbotsford.

The Melbourne-based operation launched at the start of 2019 as A Local Beer with a central focus on doing social good through beer; their partnership with SecondBite has already seen them contribute 100,000 meals for those in need. They’ve also teamed up with other socially-minded indie breweries to launch Social Tinnies mixed beer boxes, as well as brewing fruit sours utilising surplus fruit and bread. Soon, they'll have a venue from which to tell their story too.

Co-founder and finance director Chris Cefala says the site has already served as their home for some time – they first identified the warehouse's potential following a search for their own space that started in earnest early in 2020.

“We’ve been working out here since April last year while we’ve been going through the process to get council approval to build the venue.”

With council approval secured, they hope their bar will be open by April, with the brewery and kitchen build to follow.

“We’re going to have a shipping container in the front yard, which will be the pizza kitchen," Chris says, "and then the brewing equipment will go in not too far after that.”

The venue will have space for 75 people and ten taps set to feature taproom exclusive releases brewed on their 1,500-litre brewhouse alongside their core range, while they'll continue to produce cans and larger batches elsewhere.

Chris says there’s much about the warehouse that appealed to them, including the location’s proximity to the city and the Eastern Freeway. While the inner north is already home to plenty of breweries and good beer bars, Clifton Hill has relatively few options aside from craft stalwarts such as the Clifton Hill Brewpub and the Terminus when compared to neighbouring suburbs to its south, west and north.

As a business without a brewery or customer-facing experience, Chris says they’ve felt the need for their own home for some time, relying on beer festivals and events to connect directly with fans.

“As a wholesale business you do have a lot of customers who you don’t really get to speak to because they’re buying your product in a store,” he says.

“To have a taproom adds to the experience and physical way people can interact with your brand.”

Building a hospitality venue two years-plus into a global pandemic that's seen many hospo businesses close and many more struggle to stay open might not be ideal in terms of timing, but Chris hopes things will look a lot more normal by the second half of the year.

“I think in the longer and medium term," he says, "people still really want to head out, and I think hospitality will rebound.”