The punnily-titled Bob's Ya Dunkel was named Most Outstanding Beer in Show at the 2022 Royal Adelaide Beer and Cider Awards (RABCA). The German-style dark lager from Adelaide Hills- based Left Barrel also took out the Champion Lager trophy at the awards ceremony held on the first night of the Beer and Barbecue Festival at the Adelaide Showground.

Vale Brewing, who are no strangers to success at the annual competition, won Champion Large Brewery as well as Champion Ale for their IPA, while the Champion Small Brewery title went WA brewery Nowhereman, who also claimed Champion Porter or Stout trophy for their Alpharon Stout.

Left Barrel founder Brad Bown (pictured collecting his trophy above), for whom the brewing company remains a side project, was keen to thank to team at Barossa Valley Brewing, who brew some of his bigger-selling beers, including the dunkel, after receiving his trophies.

And he told The Crafty Pint: "I'm still shaking. It's amazing. The quality of craft beer in Australia and in SA is so high."

Vale Brewing's senior brewer Jayson Smart, who joined the brewery four years ago after spending ten years at Brewboys, said it was their third Champion Large Brewery trophy in a row.

"There's a lot of pressure to keep winning," he said. "You just have to concentrate on beer, love beer, and go to work every day loving beer. It's all about sessionability. It doesn't matter how big a beer is, it's got to be drinkable.

"It was so amazing [to win again] – overwhelming even. You need to put your life into it. I've been brewing for 25 years; you don't just learn to make beer."

Other South Australian breweries to receive recognition included Kick Back Brewing, who won Champion Reduced Alcohol Beer trophy for their Mid Coast, Swell, whose Getting Barrelled was named Champion Alternative Grain Beer/Specialty, and newcomers Brightstar who saw their Schwarzbier named the highest scoring exhibit from an entrant in their first year of competing.

Champion IPA was claimed by another WA brewer, Otherside, and their Hazy Double. It follows their Anthem IPA being named WA Beer of the Year in 2021.

Nowhereman founder Reece Wheadon had flown in from Perth for the awards, and told The Crafty Pint: "We entered for feedback on our beers. We got some great feedback from [the AIBAs in] Melbourne and the Perth awards, and from Drink Easy last year, so Adelaide made a lot of sense as there's a good calibre of judges here.

"I'm stoked. Alpharon is a straight up and down stout – there's nothing funky about it – so to see it come through is amazing. Our fifth birthday is coming up in two weeks so this means a lot."

Chair of beer judges, Stephen Nelsen, said: “This year’s awards attracted 347 entries from breweries across Australia. The return of interstate judges this year has been a boon for the competition, with all beers judged blind by the same panel, demonstrating the competition’s commitment to fairness and consistency.

“By far the most entered category was pale ales with more than 80 submissions. There were some great examples of both the traditional, drier products, versus the rising numbers of hop-forward, fruity and less bitter offerings to suit the younger market, with both types excelling.

“Mid-strength, reduced alcohol, and booze-less entries are swelling in volume and range, and some of the ales using novel hops were truly sessionable. Specialties, including wheat beers, sours, flavoured beers and barrel ageing are all really improving in quality and craftsmanship. As predicted, lagers, and in particular darker varieties, gained popularity and earned gold medals.”

In the Cider classes, Hills Cider Company’s Apple Cider won the Best Cider in Show trophy, as well as the Best South Australian Cider Exhibit. They were joined by Barossa Valley Cider Company who won Best Perry in Show.

Chief cider judge Warwick Billings said cider-makers continued to evolve in recent years, resulting in a maturity in production techniques and an increase in the number of very good ciders which was reflected in the medal count.

“In particular, we noticed an increasing level of finesse in the fruit ciders this year, which was welcomed by judges,” Warwick said.

“Cider has grown in popularity and diversity and we are seeing this reflected in the standard of entries into the Royal Adelaide Beer and Cider Awards.”

THE SIP’N SAVE TROPHY for CHAMPION LAGER

THE BOC TROPHY for CHAMPION ALE

THE ANDALE MICRO MATIC TROPHY for CHAMPION PORTER OR STOUT

Highest scoring exhibit from an exhibitor in their first year of exhibiting.

THE BINTANI AUSTRALIA TROPHY for CHAMPION SMALL BREWERY (less than 250,000 litres per annum)

THE FASSINA LIQUOR TROPHY for CHAMPION LARGE BREWERY (more than 250,000 litres per annum)

THE ORORA GROUP TROPHY for MOST OUTSTANDING BEER IN SHOW

THE CCL LABEL TROPHY for BEST CIDER IN SHOW

THE ASHTON VALLEY FRESH TROPHY for BEST PERRY IN SHOW 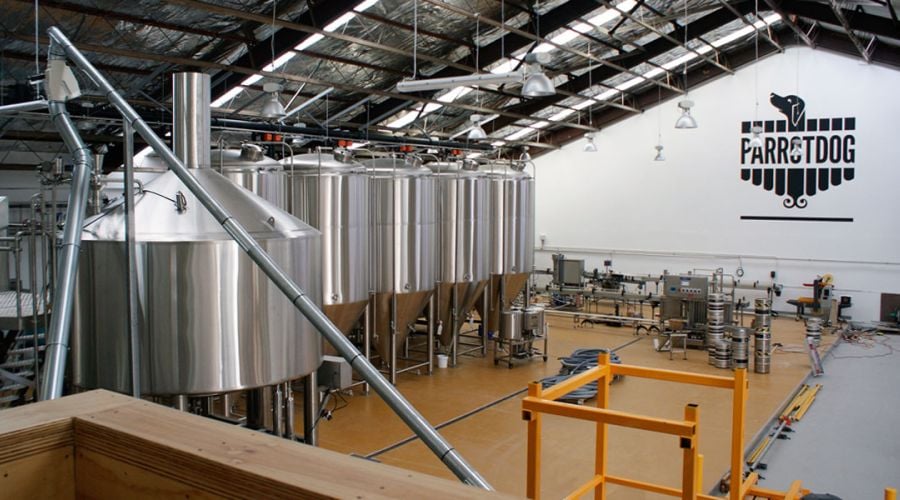