There are certain requirements when setting up and planning a brewery, as many existing owners will tell you. Getting your Development Approval (DA) from the council is one major hurdle, then you have to build your brewery, make it look half-decent and attractive to your customers, then finally find a brewer. Not an easy task.

So, wouldn’t it be serendipitous if, say, there were three of you with a dream and one was a building-inspector-come-town-planner, another a carpenter, and the third a painter. Couple that with two of your crew having serious brewing experience at Hope Estate and Murray’s Brewery, with one of them working in the actual building you plan to turn into a brewer when it was Newcastle’s homebrew shop.

Then, when you open your brewery you find that two regular punters constantly knocking on the front door are the owner of Newcastle’s The Happy Wombat – Luke Tilse – and local craft brew legend and Grain Store owner Corey Crooks.

This is exactly where we are up to with Method Brewing in Newcastle, the latest brewpub to hit the streets of this craft beer crazy city; it’s the craft beer world’s equivalent of The Perfect Storm.

Brewer and part-owner Sean Costigan is certainly living the actual dream. From working under the tutelage of Shawn Sherlock at Murray’s before he launched FogHorn, he often thought about owning a brewery one day, but never really believed it would happen.

When his mates Gav McKenzie and Matt Blofield started to discuss it in earnest, Sean offered his help and knowledge to get the gig rolling; at the outset, he was there to assist, not buy-in. Then he got sucked in and it wasn’t long until all three were pitching ideas.

Gav said he was having a beer in the pub across the road, when he saw the “For Lease” sign in the window of the building, so he took a photo with his camera and sent it to Sean and Matt. When he looked at the photo, Sean realised it was Newcastle’s old homebrew shop where he had worked many years prior.

“I couldn’t envisage the place without all the stock in it,” Sean says.

It was here he was approached by Shawn all those years ago to come work with him as assistant brewer at Murray’s, eventually becoming head brewer himself until leaving to set up a professional painting company in 2020.

Around this time Matt, who had been working as a carpenter, decided to put his tools down and have a crack at brewing, so he set off to Hope Estate’s brewery.

“I had to go and see if the industry was right for me, and I loved it,” Matt says.

The crew decided to have a look at the building and instantly Gav knew what they had to do to get the DA pass. The setup was basically the same as Gavin’s mate's brewery, Bracket Brewing in Sydney and a similar size, so the team felt it would work aesthetically as the three of them built their new brewery out of the ashes of the homebrew shop themselves.

“Matt did a lot of the building, he built the cool room and I did all the painting," Sean says. "It was a lot of work, but we knew what was coming due to our past experiences as brewers, while Gav was all over the council.

“I had a little tear in my eye when the DA came through, as I knew we could do it."

In January 2021, Method began to take shape as an idea, then in August equipment was ordered. The founders laid the slab themselves in November, then Matt started building the toilets, the cool room and the inner structure, while Sean put paint to brush.

Method decided not to build a kitchen as, “we didn’t want to deal with chefs as we have chef friends who are all a bit crazy,” so they hit upon the idea of rotating food trucks up from Sydney out the front of the premises.

This was something that had not really been done in Newcastle before and now they are working with local businesses to get them in on the act too. This gives the team time to look after the brewing, or as Matt puts it: “We just focus on the beers, that's what we are good at."

It’s at this stage, when they opened in June, that Luke and Corey walked into the bar.

“Serve yourself mate!” shouted Matt to Luke. “He’s become a regular, we can't keep him away.”

Later, Luke says: “They are just good, young blokes. I love what they are doing here.”

And that reflects on the people in the establishment this early Friday evening. There is a wide demographic of punters, from young twenty-somethings to a table with a bunch of over-60s which shows that while it's only been open a few months, Newcastle has embraced the new member of the local brewing scene. Indeed, the venue has basically been packed every Saturday since opening and Sean puts this down to their core range of beers on tap.

“So many people these days are not necessarily craft beer drinkers but they want to be part of the craft beer scene," Sean says. "Because they want to come hang out in a place that’s different and not a pub. So you have to have something for them.

Method aren’t taking it easy now they are open either. At the recent Indies awards their New World IPA took out a silver medal and their Pale Ale a bronze. Meanwhile, they’ve done an IPA collab with FogHorn for an IPA-themed dinner.

The team are also excited about news relating to other breweries being launched in this proudly working-class city, in particular Lachlan McBean’s recent announcement that he will be launching a brewery in Newcastle, while SHOUT! Brewing moved from their original old skool garage set up to a new venue.

“I am really looking forward to all these other breweries opening, I live just across the bridge from Shout’s new place," Sean says.

"It's exciting. Poor Sherlock, he’s been all there by himself for seven years and now he's going to be surrounded. Outsiders are now going to know Newcastle is the place."

As Newcastle continues its move from a beer city to a city of craft beer, we asked the Method Brewing crew to join us in our Who Brews…? series.

Our cosy shed that was once a homebrew shop in Islington, New South Wales.

There’s an x-factor about beer that’s hard to put your finger on. Even people that don’t make beer can feel that. The excitement of bringing together these basic ingredients and creating something that’s almost magical, is unmatched by anything else.

Sean – I’d made bad kit brews for nearly a decade, not actually knowing how it was made from scratch. One day during a YouTube rabbit hole I saw this dude mashing some grain in an esky, I knew I had to do this.

Gav – Like so many, I've been a Coopers drinker for years and started off on a coopers kit but what stands out is the First time I tried a Hoegaarden, I had never tried a beer of that style and It was just so different to anything I’d had before. I was hooked.

Matt - Walking into BrewDog on a brewday in the early days and my mind was made up there and then my days as a chippy had to come to an end.

The process of making beer is so important for the outcome of a beer. A recipe can be the best one in the world, but unless it's executed correctly, it won’t be worth drinking. It's all about the method!

Our New World IPA is a good representation of how we all feel about beer, I think. It’s a nod to more traditional styles like the West Coast but with the modern punchy character of Aussie hops. We all have a wide variety of styles that we individually like but hops are the glue that bonds us.

Between the three of us, we have a pretty wide range of styles that get us going but if Gav had it his way it would be Tool 24/7 haha. But a great compromise has been anything grunge from the 90s along with Fleetwood Mac or some form of blues/motown/funk to finish off the weekend.

Gav - a Belgian wit or a hefe.

I have always revered Belgian beer styles. Some of the classic examples have a depth and subtlety to them that almost seems unattainable. Ingredient-wise, yeast is the future.

At the venue off tap, take-away cans and growlers. We have cans stocked at The Prince of Merewether, Tighes Hill and Lambton bottlo. In the coming weeks we’ll have a few kegs getting out there as well, so keep your eyes peeled for some of the local craft beer haunts putting us on tap.

Right here in Islington making even better beers than we are today. We want to be synonymous with nightlife in the inner west of Newcastle and one of the must-go to stops on the burgeoning craft beer trail of the local area.

You'll find Method Brewing at 18 Maitland Road, Islington NSW 2296. Find it and hundreds of other breweries and good beer venues on the free Crafty Pint app.

Find more entries in our Who Brews...? series here. 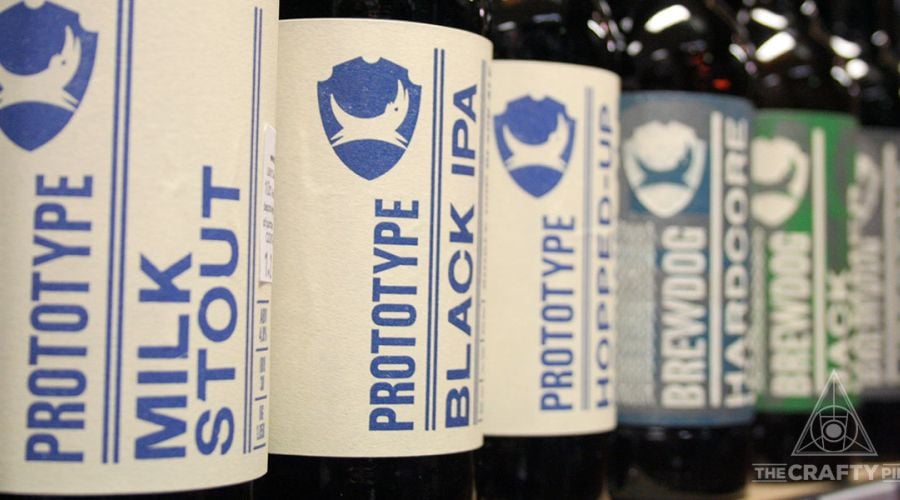