Measured in any way whatsoever, the story of 4 Pines has been a remarkable one. For one, they managed to established their brewpub in Manly when barely anyone in Sydney, let alone this northern beach outpost, gave a monkey's about craft beer. They then stepped up to a 50 hectolitre brewhouse when many longer-established and better known micros were weighing up whether going to something half that size was too much and still grew so fast they had to keep outsourcing production of many of their core beers; now they're in the process of taking over every available industrial space in Brookvale to fill with beer.

They survived an attack from upset Hindu Rajan Zed over one of their non-beer sister brands. And, at the first ever Australian Craft Beer Awards, they took home the title of Champion Large Australian Craft Brewery (shared with Two Birds).

They've done all this while giving the impression that all they do is dress up in superhero outfits, surf and embark on prankish missions to space. All in all: respeck.

Quite why it's taken us this long to invite them to do a Brew & A is beyond us, but here we are to make amends with two of the brewers stepping up to the oche. There's head brewer Chris "Bones" Wilcock, designer of many of their fine beers and sufferer of an hour or more of us telling him just what a wonderful beer his ESB was during Brewsvegas ("Yes. I get it. You really like the ESB. Security!"). And there's brewery manager Lindsay Crawford (pictured above), who's in a battle with Chris to see who will complete their master brewer first.

But, more importantly, who gives the better answers!

CW: An interest in science and making stuff, and a borderline unhealthy enjoyment of the product.

LC: Did a Science (Biotechnology) degree and drinking Penicillin seemed a waste of time.

CW: I started off as a genetic researcher, so probably still that (assuming the government's cutting of research funding hadn't forced me into street begging).

LC: I am kind of a frustrated mechanic, so would hopefully be somewhere working on crappy old turbo cars and vintage bikes. 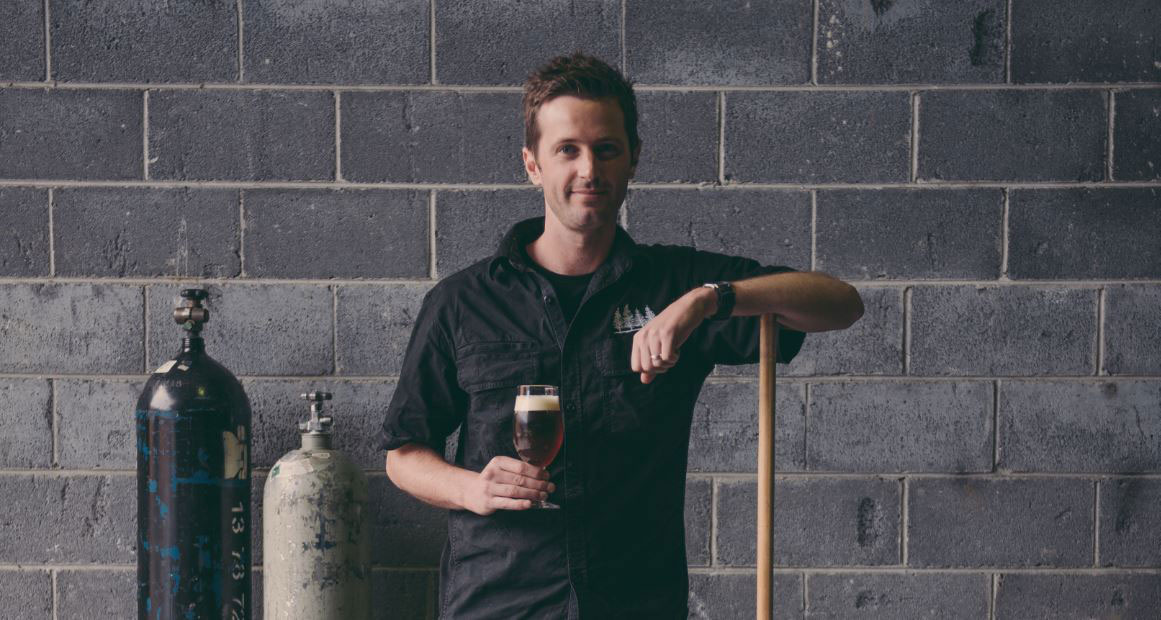 CW (pictured directly above): Definitely a Little Creatures Pale Ale in Fremantle. I was there at the time for a Genetics conference and was literally persuaded then and there to learn more about beer and less about DNA.

LC: Holsten Duckstein beechwood matured bier. I fell in love with it when studying in Hamburg for a year.

CW: Whatever it was, there's a good chance I enjoyed it too much and now can't remember it.

LC: In terms of beer that I actually got my hands dirty on: the first ever James Squire Hop Thief was pretty special. So much Nelson Sauvin, just passionfruit everywhere! The Imperial India Brown Ale for our last Keller Door here was epic, but to say I brewed it would be a stretch…

CW: Good old Saccharomyces Ceravisae (brewer's yeast for those who would prefer I cut to the chase). It can make almost any beer a tasty one if healthy and treated with some TLC. It's pretty diverse in the flavours it can give you too.

Are there beers you've regretted brewing or that would have been best left on the drawing board?

CW: Every new beer, whether good or bad, teaches you something. So no regrets…apart from maybe Miller Chill in a former life as a SABMiller brewer.

LC: A few but I might leave them out for fear of offending people. Let's just say one of them included lime and a ridiculous production process…

CW: Russian River in California. Their barrel-aged range is legendary and the Californian women are easy on the eye.

LC: Any Trappist brewery in Belgium. They seem to break all the rules of brewing and still make great beer. 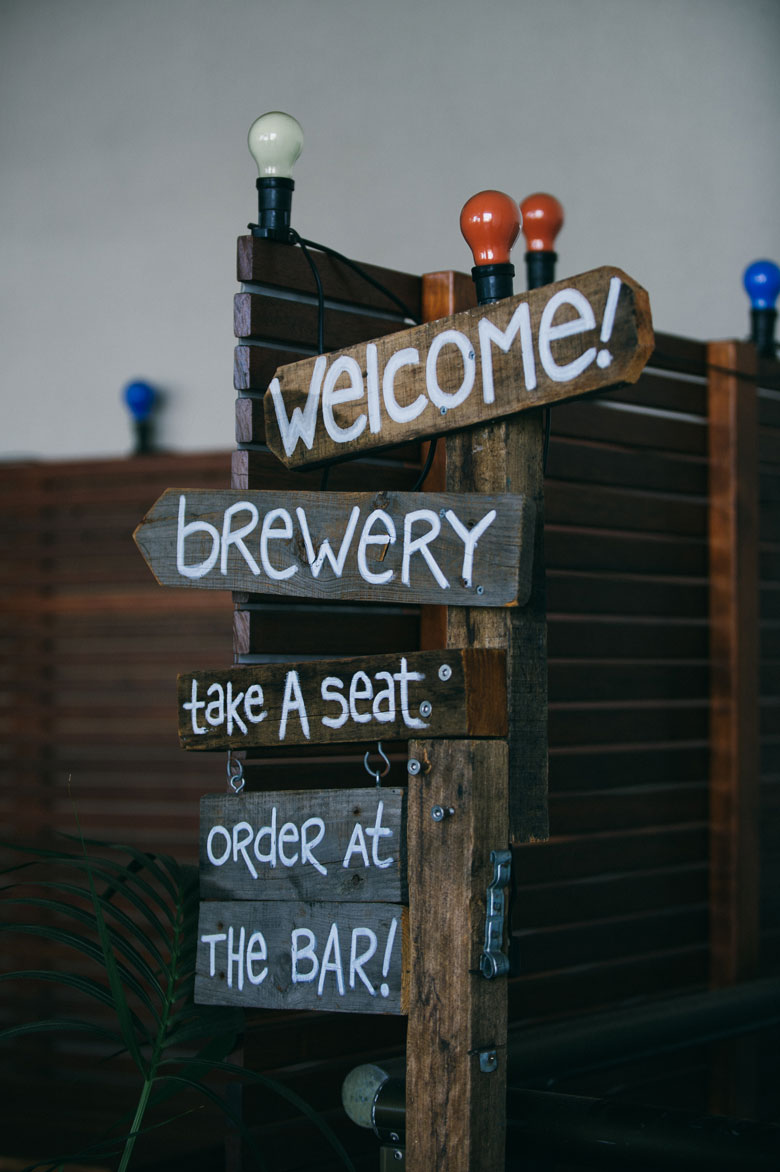 CW: Coopers Brewery has such a rich history of quality, integrity and independence. I really admire what they've done to hold onto and build from that.

LC: Garage Project (Hi Pete!), 4 Pines (wink), almost any independent willing to lay it on the line and have a crack. It's a tough, competitive business so a tip of the hat to them. They have more guts than me!

CW: A freshly-hopped English-style cask ale. Can be enjoyed warm and the hand pump works fine without any power or gas.

LC: 4 Pines Pale Ale would be fine for me. Great balance, plenty of punch but eminently drinkable for eternal island life. Would also mean that I could work forever in an island paradise.

CW: On the desert island? "Island in the Sun" by Weezer and "Pure Shores" by All Saints on looped repeat.

LC: I'll just have my 80GB iPod please. Plenty on there to choose from.

CW: It's not all tasting sessions and pats on the back.

LC: You get way more attention from old guys with beards than good looking women.

CW: Spend some time in a brewery. Ask lots of questions. Be prepared for hard (often thankless) work and a lot of fun.

LC: Never stop knocking on the door if it is truly what you want to do.

Thanks guys. By the way, if you've got a minute or two, that ESB of yours...

Next up in the new year: Cavalier Brewing. Modus Operandi have reached their five year mark, and are showing no signs of slowing down. Mick Wust talks with owners Grant and Jaz Wearin about the five beers that have shaped Modus into the brewery it is today. read on 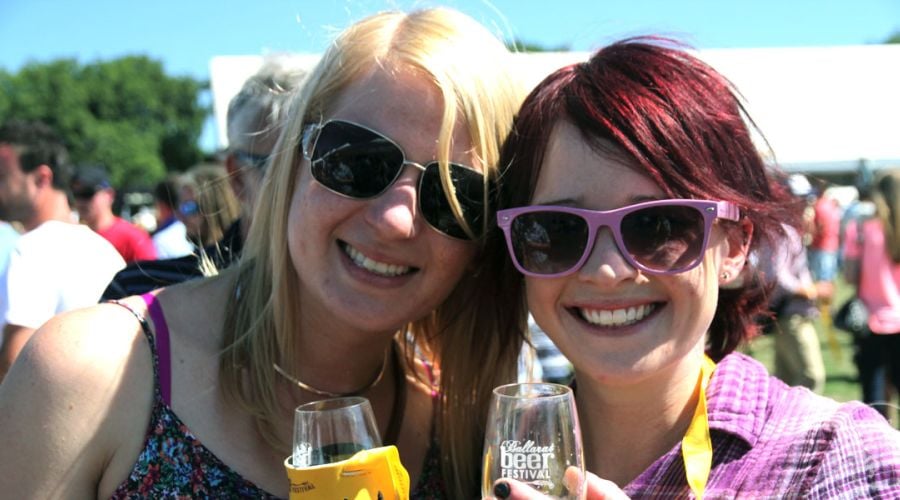