Let's face it: 2014 was a bit of a wash out for Crafty Pint Blind Tasting Panels. The popular, once-regular feature from 2013 suffered last year, with only one panel being convened on porters. So we've made a commitment to ensure we run them every six weeks or so throughout 2015, starting with a look at two "styles" that have been proving incredibly popular in the past few months.

We use speech marks around "style" as both XPA and session IPA have been the subject of much debate as to whether they are indeed style categories and brewers seem to interpret what each could be in different ways too. Isn't a session IPA just a hoppier pale if the ABV remains low and the hop character rises? Is an XPA a bigger version of a pale that sits below an IPA or, as explained by the team behind Wolf of the Willows in this article on Brews News, does the emphasis sit more on it being "extra pale" rather than "extra everything (but not so much as to become an IPA)"?

Certainly, our regular style guru, Chris Brady, the Holgate brewer who usually presents a feature on the style we're addressing, isn't overly enamoured by the nomenclature. He explained that he was moving house and unable to contribute this time around (better than the dog ate his laptop) but still offered some thoughts on the XPA / session IPA trend in his excuse email.

On the one hand, he says: "Sessionable IPAs are in theory a great idea, what's not to love about a full-flavoured, hoppy beer?" while likening them to the "delicious but piss-weak bitters of Blighty wrapped in sexy new garb".

On the other, he says he takes issue with the name: "You might as well make a sessionable barley wine, or an imperial best bitter. The oxymoronic nomenclature drives me almost as barmy as unnecessarily verbose writing… And don't get me started on Black India pale ales… Jesus. And XPA... should be called WTF. Extra pale? Like a pale ale, only paler. Or aler."

After a little lie down, he concluded: "I'm obviously just an old curmudgeon who's had one too many mid-strength imperial stouts." But before he did he probably did get to the heart of what many people feel about the tags; are they really little more than a marketing tool to help beers stand out in an ever busier marketplace? 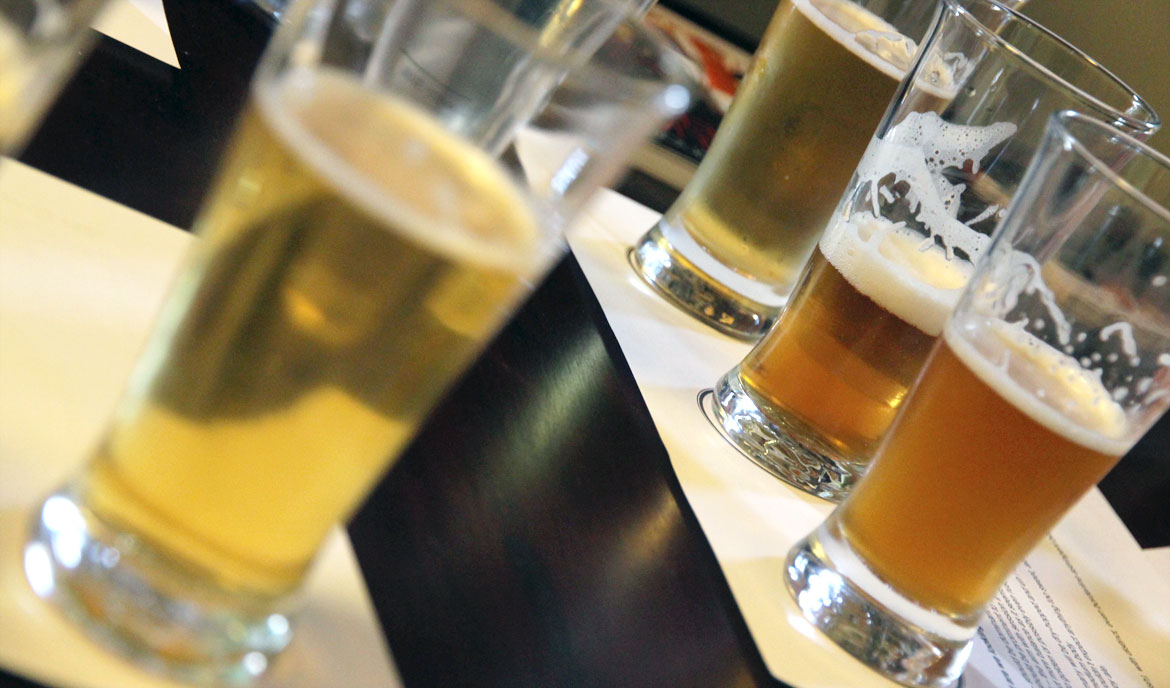 When rounding up beers for the tasting, it became clear that they were a reasonably diverse collection too. The lower ABV IPAs were straightforward enough but the three XPAs seemed to mean different things to the brewers behind them: for Riders, it's bigger than a pale; for Panhead (NZ), their XPA is a smaller beer than their APA.

We decided to include Kaiju's Robohop as it was within the ABV range of the existing beers and, at 5.6 percent, is practically a light beer by their standards. We also decided to include Hop Hog as Feral keep playing around with including then crossing out the India of India pale ale on the label.

Two beers that we did intend to include didn't make it in the end. The panelist collecting 2 Brothers' BOOM! arrived at the brewery when it was closed and yours truly left BrewCult's Hop Zone in the fridge but we didn't realise it wasn't at the tasting venue until too late. Sorry, Hendo, especially as you dropped them off personally...

For those new to one of our tasting panels, we always look to set up a mixture of judges, ranging from layman beer lovers through home brewers to beer reps and writers / bloggers to commercial brewers. And, when he's not hosting events or training retailers, we have Pete "Prof Pilsner" Mitcham, a former AIBA steward turned associate judge, handling the serving of the beers: totally blind and in flights of three (where possible). 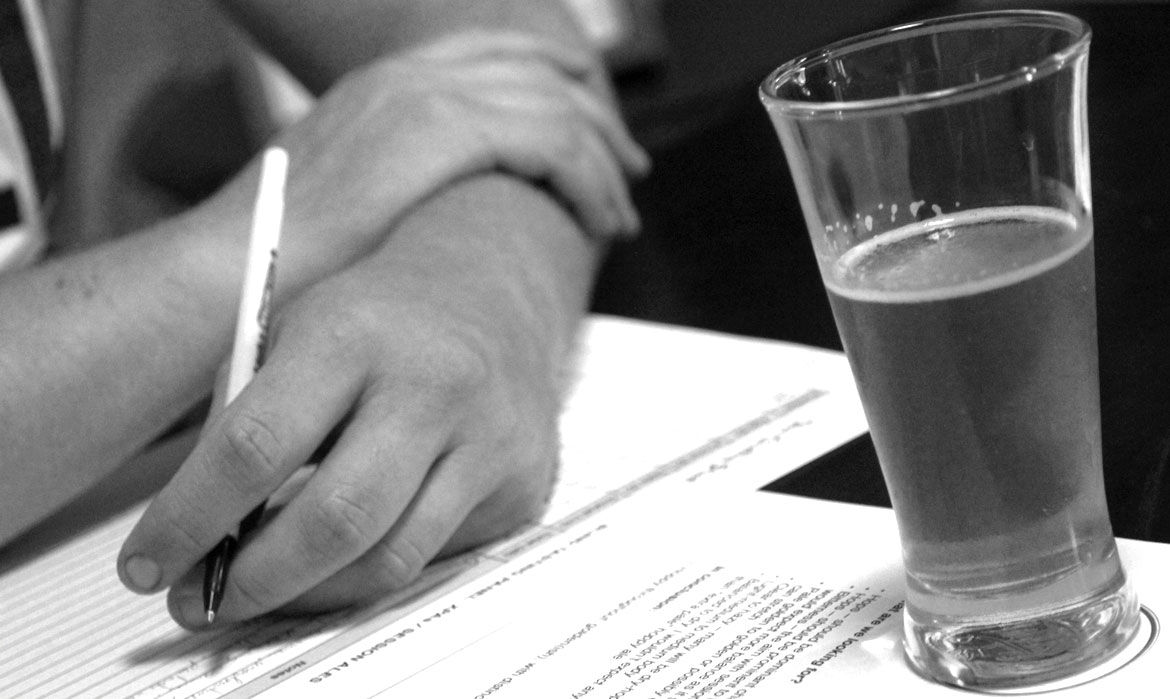 Where possible, we look to source all beers in packaged form from retail trade so they're a reasonable representation of what you might pick up, rather than allowing brewers to send in their freshest batches. And when it comes to scoring, we allocate five points each for appearance, aroma and taste which judges are instructed to judge tightly to style.

Then there is a fourth "overall" score out of ten, in which judges are allowed to introduce an element of how much they enjoyed the beer, regardless of its appropriateness to style. After all, this isn't a strict beer awards competition and, as such, if a beer is enjoyable and they believe a beer drinker would enjoy it we don't want to judge too harsh. For the most part when you assess a beer in day to day life the main consideration is "Do I like it and would I drink another?" so this allows that to play a role in the judging.

That said, one instruction is made very clear: judge as harshly or as generously as you like; allow as much "enjoyment" as opposed to "style consistent" as you want to creep into the final score; but make sure you judge all beers with a consistent approach.

We also now provide feedback notes to the brewers featured too as well as stating where we purchased the beers from.

As ever, the most entertaining part of the evening is the reveal, as Prof unveils the beers from last to first. There were the usual surprises, not least the Anytime IPA which was a different beast to the fruitily, juicy, hoppy affair enjoyed on tap at the brewery recently, and Panhead's well-rated Quickchange not being so well-rated. As with the pale ale tasting we carried out in 2013, if it showed any one thing most clearly it is that these hop forward yet relatively low ABV beers really are best sourced as fresh as possible.

For the most part, the scores were fairly closely bound together. That said, the top two were some way clear of the pack with the winning beer a full 1.7 points out of 25 clear of that in second. Impressive stuff from a very young brewing company.

So congratulations to the husband and wife team at Wolf of the Willows, who you can read about here. A crushing victory!

We'll be back with the next Panel in March. Until then, our usual coda in the form of some select panel comments...