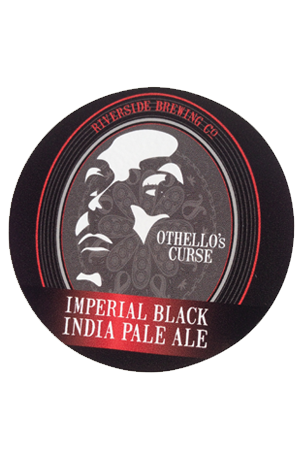 Following the conclusion of the 2015 GABS festival(s), it’s no surprise to see several of the beers that made their debut there hitting bars across the country. What is a little surprising is to see one of last year’s GABS beers starting to hit taps too. To be completely accurate, it’s not the beer that was brewed for that occasion, but a new batch of the same beer: Othello’s Curse from Parramatta’s Riverside.

When you consider how well it was received on its first outing, it almost had to come back, so that’s what new brewer Craig Deacon has done. And bringing it back in winter makes sense as this imperial black IPA is a rather substantial beer; its robust roast malt character balancing out a typically hop-driven intensity that’ll have you sitting pretty – though at nine percent ABV, don’t try standing up too fast afterwards.

Aside from a few minor tweaks to the brewing process, we’re told it’s the exact same recipe as before and early feedback from those who’ve tried both incarnations is that the new batch might edge it in terms of aromatics, though that’s perhaps something you’d expect with this kind of beer being fresh. In short, if you liked it last time, there’s little reason not to again. And if you didn’t get to try it last time, this batch has been bottled too so should be a bit easier to track down.