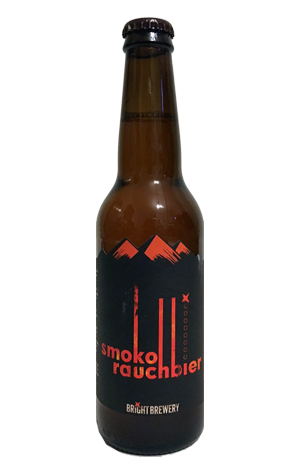 Smoko is the act of taking a break from work for a smoke. It's also a riverside campsite in Bright in the Victorian High Country. And, back in 2015, Bright Brewery decided to take those concepts and combine them in a beer. And now they've done it again, albeit looking to recreate a campfire experience as opposed to brewing a beer with the characteristics of a durry.

They've done so by collating a quartet of smoked malts – beechwood, mesquite, cherrywood and peated – and making them the stars of the show; the chosen yeast contributes just booze and gas rather than flavour or aroma and the hops are there just to tie things together. We reckon the peated malt is the dominant character this time, with its heavy smoke character bringing to mind the campfires that inspired the beer, while the sweeter, meaty characteristics of the other malts gather around it, marshmallows on sticks in hand.