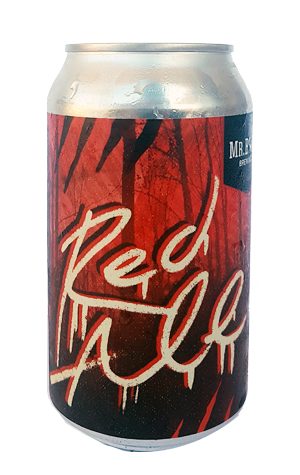 While there's nary a fallen leaf in sight, it’s hard not to look at a can of Mr Banks’ Red Ale and not have images of America in the Fall come to mind. Maybe it’s the woman draped in red wearing a wolf as a hoodie on the front – Little Red Riding Hood as her grandmother's nemesis, perhaps; something about which Freud, surely, would have plenty to say.

But it’s fitting for such a package to conjure autumn, as this red ale is very much an autumnal beer. It’s got plenty of body and sweetness from its specialty malt and comes loaded with enough piney and citrusy hops (Vic Secret and Amarillo) to make it a beer you’ll want in hand when the mercury is on the slide.