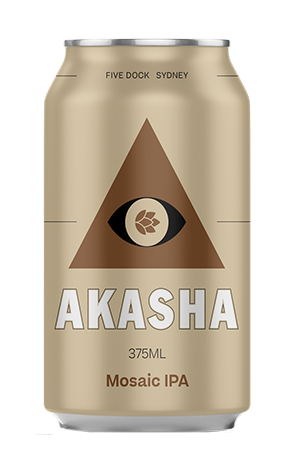 Sometime towards the end of 2016, Akasha launched a Single Hop IPA series. Every month, it saw them brew the same base beer but add a different hop variety – always one of the big and bold all-American all stars: Mosaic, Simcoe, Centennial et al. Of all of them it was the first, the Mosaic, that seemed to have the most cachet with the ordinary drinker (not to mention the brewers) and lived longest in the memory. It’s been made again on occasion since but, some two years after first appearing, it’s now been given the honour of its own artwork and a permanent place in the lineup, albeit one that will see it released just once a season in a manner akin to the quarterly release of their much loved double IPA, Korben D.

The Mosaic IPA is a beautifully bright and fresh beer, on the nose a sweet assortment of melon and stone fruits. The palate takes on the characters of the aroma and more, becoming a plump mix of tropical fruit and a melon buffet. In the mouth there’s a satisfying sensation somewhere between creamy, fat and chewy but the bitterness is still there, clean as whistle, fitting like a glove.

Akasha stakes its reputation on straight-up hoppy beers and backs it up time after time. To that end Mosaic isn’t anything weird or flashy, just damn good.