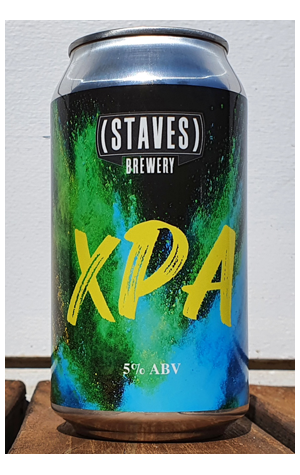 Staves Brewery may be a dim brewpub full of dark nooks, sitting in the shadow of Broadway Shopping Centre… but that doesn’t mean no brightness gets in.

This XPA gleams with hop character, smelling of stone fruit and tangy orange and pineapple Fanta. That doesn’t mean the taste is sugary, though - the bright fruits are joined by bitter resin, which provides a nice punch for a 5 percent XPA.