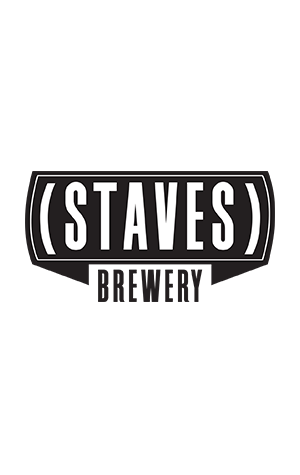 For the second edition of what is surely now a nailed on annual tradition, Staves celebrated Winter Solstice by turning their Glebe brewpub into a haven of dark beer that featured something for everyone with a dusky disposition.

Getting Figgy With It is a near ten percent ABV Belgian Dubbel aged on bourbon soaked Hungarian oak, with dried figs and Medjool dates thrown into the mix for added effect. As you can likely guess from the name, it’s a beer that throws up plenty of complexity; rich and sweet with more than a hint of caramel and burnt sugar marrying up with vanilla from the oak. System Of A Brown has been tagged a brown IPA and it's a beer that was actually brewed a couple of months ago using fresh Enigma hops from this year’s hop harvest. It’s been sitting more or less unreleased since then and is notable for having developed a very pleasant little lick of rye and hop spiciness which adds plenty of intrigue to the customary hop/malt balance.

Smoke On The Water is a Rauchbier that rides that fine line between too much and not enough smoke, adding to a rich meaty character (which is actually a far better proposition than it perhaps sounds in a beer) while those looking for something more robust can dwell on the 2017 Imperial Stout which is coming along just nicely; the dark roast barley characters have thus far evolved into a smooth and creamy – yet still very strong – beer replete with deep characters of dried fruit.

In the months leading up to the Winter Solstice, Staves held a homebrewing competition called Brew Darker where the winner would get their recipe scaled up to commercial size and launched at the event. Last year’s victor was a luscious Coconut Brown Ale that was pouring once again, while this year’s winning brewer was Tony Sneddon with a Chocolate and Raspberry Irish Stout. Loaded with cacao and raspberry, its a beer that immediately brought to mind childhood memories of drinking of Coca-Cola and raspberry. And, while it’s certainly got that sweet side, it’s still very much an Irish stout at heart, displaying its bitterness alongside a dry and slightly acidic finish.