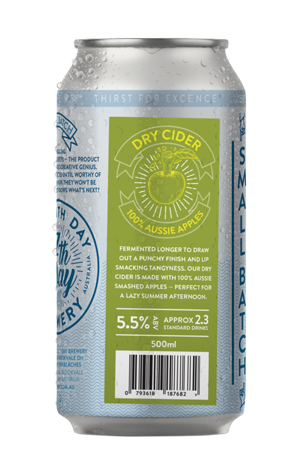 It may be obvious from the name, but you won’t find a sweet soft drink here.

There’s no head to speak of on the pour, but don’t worry - the carbonation appears in the mouth, full and flavourful.

Unlike many ciders, there’s no sugariness present, but a dry, tart flavour - the concentrated bitey-ness of chewy dried apple. If you’ve chewed on dried apple rings lately (or ever), you get the idea.