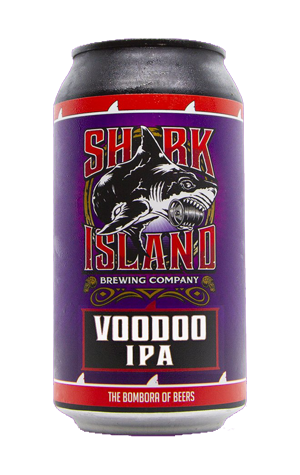 The crew at Shark Island pride themselves on making a number of sessionable, approachable beers to suit everyone’s taste. They also sport the slogan "Beer with bite". Voodoo IPA is more aligned with the latter.

If you’re after a low bitterness hazy, this isn’t the IPA for you. This is a dank number oozing with resin and bitter citrus peel; there are some tropical notes here, but they’re hiding from the other flavours. Toffee malt from Gladfield brings enough sweetness to balance out the hops, and a dry finish brings a slap of bitterness that leaves stinging red finger marks on your cheek.