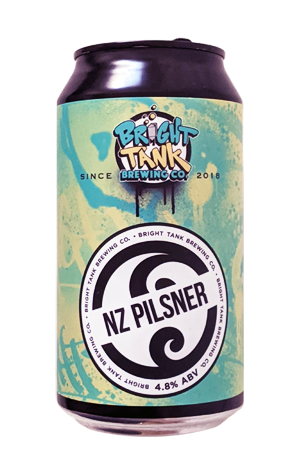 In what’s becoming an annual limited release, Bright Tank’s NZ Pilsner – or is that Pulsner? – draws from classic pilsner stylings before introducing hoppy influences from the land of the long white cloud. For 2021, the light, bready pilsner malt base welcomes the increasingly prevalent Nelson Sauvin to perform a crisp haka, and its influence is bold.

Famed white wine, gooseberry and passionfruit notes present, but it’s almost Belgian in expression with lemony tones evoking thoughts of early Sorachi Ace-hopped beers. This is more pronounced in character than anything on the tongue, before the beer returns to its origins, resolving briskly dry.