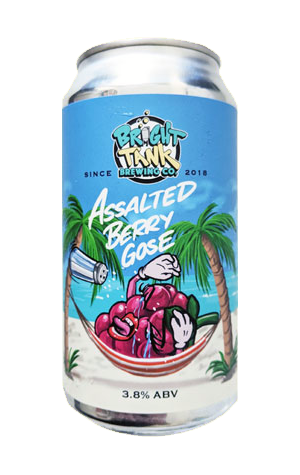 Bright Tank’s Assalted sour series continues apace with this drupelet drop. Here, the raspberry grams per litre embellishment keeps proceedings light and breezy, much like the acidity and brine, an approach that renders Assalted Berry the kind of quaffable refresher which needn’t make an orchardist sweat, but which would still slake a day’s toil.

Speaking of which, one wonders what a blend of the recent Peach Assalted and this release would taste like. Perhaps it’s a summery combination worth asking for at the brewery, or in the comfort of your own home. For science, of course.