Melbourne has always been a city packed with good pubs and more recently, it’s wholeheartedly embraced small breweries too. Nowhere is that more evident than in the city’s inner north, where good pubs line backstreets and breweries have taken over industrial areas.

Clifton Hill Brewing combines those two excellent elements of Melbourne under one roof, with the welcoming venue housing one of the country’s most tightly tucked away breweries. Although the pub itself is well over a century old, it’s been flying the brewpub flag since 2013 when the family who own and operate it decided to refresh the Queens Parade hotel while retaining its history.

It means, the pub still does much of what it’s long done well, with quality pub fare and live music on weekends still cornerstones of the corner watering hole. But at its heart sits a 800-litre microbrewery that’s surrounded by windows, meaning inquisitive heads frequently peer in to see how the beer in their glass is being made.

Indeed, we’re not kidding when we say the brewery space is incredibly tight, with the entire system sitting inside an impossibly tiny room that makes moving malt and canning days a constant game of Tetras. Those beers pour across the pub’s 18 taps, with the core range made up of six somewhat approachable beers and the limited releases allowing the brewers a chance to run wild. But whether it’s a limited release or the brewery’s longstanding Dark Ale or a brand new double IPA, the fact that beer is served mere metres from where it’s made is an awfully strong guarantee of freshness.

Since early 2023, those beers started to spread their wings further afield as the brewery relaunched their core range in cans. Their design and Clifton Hill Brewing’s logo were inspired by the pub’s stunning ornate windows that have long watched over beer drinkers within its four walls. Arguably one of the best places to buy them is from the brewpub’s own drivethrough bottleshop, which features a wide selection of craft beer from outside the pub’s four walls too.

As a true local, the family-run pub is the kind of place that regularly fills with locals but its historic charm and ambience has the kind of power to turn first-time time visitors into frequent patrons at an astonishing speed. There’s a mix of different spots for a beer within the pub itself, including the front bar, dining room and fantastic people-watching streetside spots along Queens Parade.

Like the beer, the expansive food menu changes throughout the year but step in for a meal and you’ll always be welcomed by classic pub fare, including those that include beer as an ingredient.

In a city bursting with beer, pubs and breweries, it takes a lot to offer something different or new. But by ensuring the food is served hot, the beer is fresh and interesting and the welcome is warm, Clifton Hill Brewing nails what makes local pubs and breweries, good locals. 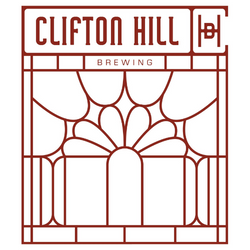 They've brewed quite a few different IPAs at Clifton Hill Brewing over the years but this particular IPA has become a mainstay for the brewery. Sure, it's changed slightly over time and become leaner to better suit modern tastes but it remains a classically bold, American IPA. The hefty dose of late-addition US hops provide a mix of piney, resinous and tropical aromas and flavours, while the big bitterness is balanced by the slightly sweet malt body. Like much of the brewery's core range, it's an… Read more
Golden Since they started filling their 16 taps with their own beers, the brewers at the Clifton Hill Brewing have been filling them with all manner of beers: malty reds, big IPAs, barrel-aged beers, fruit sours and so on. But pubs still need a lager for those who don't want to take their palate on an adventure, and this is theirs. But having said that, if you wanted to take your palate on a journey to Munich, you could do far use, with this Helles-style lager immediately conjuring the region's beer halls.… Read more
Pale Yellow A beer that crams more into its 5 percent than you might expect, Clifton Hill Brewing's Dark Ale offers up layers of malty goodness, from soft cocoa and caramel to hints of roast and coffee. A combination of hops meanwhile add to the picture, giving the beer a touch of fruity characters and an earthy bitterness too. Yet, for all that, it's really about the malts, with a good depth of flavour in a beer that's balanced, dry, delicious and probably our pick of the brewpub's core range.… Read more
Dark Brown If Clifton Hill Brewing's Queens Parade is a toned down pale, their American Pale Ale is what more seasoned beer drinkers would probably choose for their hoppy session beers. A much deeper hue than the Queens Parade, bordering on amber, slightly higher in alcohol and considerably hoppier, it's all about citrus and tropical hop flavours and aromas, with enough added to the boil to lend it a biting, resinous bitterness that sits alongside caramel and biscuit malts before creating a finish that's lean… Read more
Golden Clifton Hill Brewing's flagship beer and most approachable of the pale ales that have followed takes its name from the pub's home and sits somewhere between an Australian and American pale in style: a little bit piney and floral on the nose and a hint of tropical fruit to taste but with the bitterness kept well short of the point where it might to scare off newcomers to craft beer or indeed anyone wanting an unobtrusive session beer. The biscuity malt character and building hop bitter plays as much… Read more
Golden Yellow Clifton Hill Brewing's Raspberry Sour is one of those beers that immediately found its way into the hearts of locals and since then, it's found a permanent spot in the brewery's lineup. The beer started life as a Berliner Weisse but was packed with fresh raspberries that it took on a stunning and vibrant pink hue. Along with the fresh raspberry flavour, the 3.8 percent ABV and its incredibly clean tartness makes it one particularly refreshing beer.… Read more
Red You'll often read or hear about the importance of dealing in subtleties when playing with flavours – particularly big flavours – in beer. And when it comes to big in beer imperial stouts are up there, as is the potential impact that can be gained by ageing one in a barrel previously used for bourbon. But, had brewers stuck to the rules, we wouldn't be where we are now: in the midst of beer's most kaleidoscopic era to date. Which brings us to this Brewer's Series release from the Clifton Hill… Read more
Black The evolution at the Clifton Hill Brewpub continues apace. In its earliest days, the in house microbrewery at the former Clifton Hill Hotel was responsible for just four of the 16 beers and ciders on tap – and tended to play safe with those. Then the decision was taken to take over all but a couple of the taps with the brewery's own beers and the extra room to play with saw the likes of imperial IPAs, session ales, hopped up reds and more appear, the diversity increasing further as a number of… Read more
Red With Melbourne’s winter well and truly set in, breweries across the city have released a wide variety of more seasonally appropriate limited releases. The Clifton Hill Brewpub is no exception, with several beers now gracing its taps best suited to drinking by the pub’s open fire. First off the rank is the Rauchbier, which pours a crystal clear amber before its bacon like smokey aroma lets you know it's a beer for the colder months. Flavour wise, it’s a malt-driven affair with clear aromas… Read more
Rich Brown 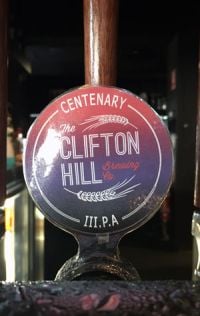 It's coming up on a year since the Clifton Hill Brewpub decided to remove almost all guest drops from its fonts and let its young brewer take over and fill 13 of them with beers from the in-house brewery. It's clearly proved a smart move as they're in the process of ordering new, larger tanks to help meet demand. It also means they've just hit brew 100 and to mark the occasion they've brewed their biggest beer yet. The Centenary brew is an imperial IPA with which brewer Ben aimed for 10 percent ABV… Read more
Golden Yellow A few weeks back, we were happy to report that the Clifton Hill Brewpub was embracing its brewpubbiness at last, steadily gobbling up more of the 16 taps in its front bar with its own beers. Then the count was about to hit eight with the manager insisting that 13 was imminent. And he was right, with every tap barring one cider, Guinness and Carlton Draught now pouring beers brewed a few metres away. The Stout we tasted back then has since nabbed their first silver medal at the Australian International… Read more
Golden 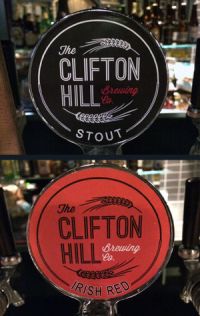 For all that Melbourne leads the way as Australia's craftiest city and Victoria is home to the greatest number of brewing companies in the country, there's little in the way of brewpubs around the city. One of those few is the Clifton Hill Brewpub, where a refurb saw a 600 litre microbrewery installed in 2014. Yet, for the first couple of years, you'd rarely find more than three or four of its 16 taps pouring beers brewed on site, with most instead dedicated to other local and international craft… Read more
Dark Brown DISCONTINUED & REPLACED BY A NEW WORLD PILSNER Bavarian wheat beer is a style that isn't brewed too often Down Under and, in our experience, one that benefits more than most from being consumed fresh. Chances are, you won't get a chance to try one much fresher than 8m from where it was brewed, with this one a beer that leans more towards the spicy clove end of the weizen spectrum (as opposed to the banana end) and manages to combine a pleasingly full mouthfeel with a relatively dry finish. Expect… Read more
Pale Yellow