Aside from teaching us that jetpacks are the ultimate accessory, Back to the Future also taught us that sometimes you have to go back in order to go forward. And so it is that Freo brewpub The Monk has reached back in time to bring back two people from its past into the present to create a brand new future.

Matt Marinich, whose first stint at the Monk was in its earliest days in 2007 and 2008, is now at the helm as operations manager. It’s a position Matt is more than qualified for, having spent the time since running craft beer venues like The Sail & Anchor, The Quarie and Bob’s Bar and becoming one of WA beer world's most recognisable figures.

Another returning Monk is Gerrard ‘Mitch’ Mitchell who, as head chef, will be in his element: cooking with beer and showcasing food and beer pairing. As you can read in our story launching Mitch's stint as The Crafty Pint's resident beer food guru, it was here that his passion for beer and food was first sparked. Since leaving the venue four years ago, Mitch has been in the kitchens of Feral Brewing and Five Bar and been busy establishing his own business with wife Paras called Beersine that produces beer inspired food using both beer and brewing ingredients.

“Everything is aligning," says Matt. "It’s the perfect storm.”

The three men of beer have clearly enjoyed each other’s company, bouncing ideas off each other in determining what the new Monk experience will be. In short, it will look and taste very different; it’s not just a lick of paint and a new menu being introduced: the entire identity of the Monk is transforming.

One of the first changes has been the logo. Designed by Tim Green, who ended up hand drawing the final logo to achieve the look and feel they were after, creating a new identity Matt hopes will come to be as iconic as the Little Creatures cherub.

The food menu has been stripped back entirely too, to "bring it back to simpler things, served on plates ... mostly,” Mitch says with a smile, claiming the aim is to create "good, solid beer food.” 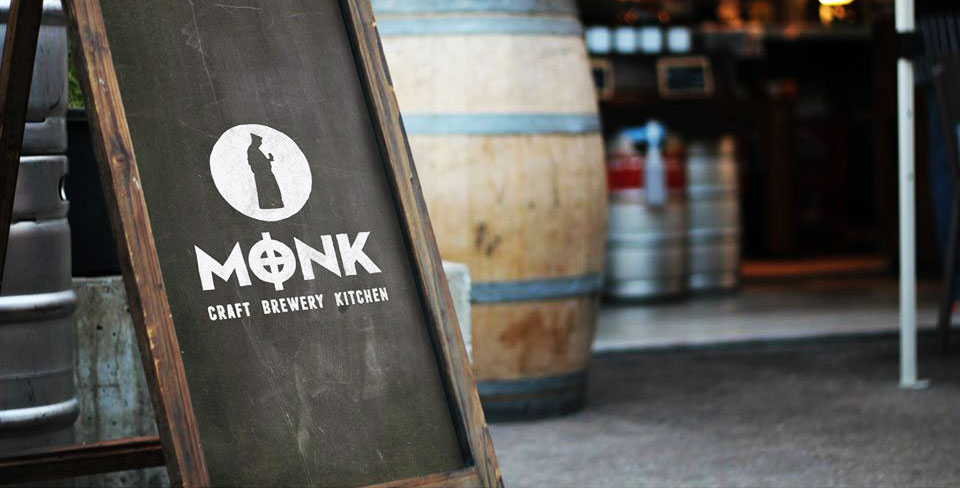 Staff training will pay particular focus to beer and food pairing and the menu itself will offer suggestions as to what to drink too.

In the brewery, things have also been stripped back (literally in the case of a wall being knocked down to give punters a better view of the stainless steel). Craig has reduced the core range to four beers named Common, Reserved, Extra and Vintage. If you’re the sort to be reaching for your beer guidelines and thinking: “Wait a second, those aren’t actual styles!” then you’d be right. The names have been chosen deliberately to leave the beers open to interpretation.

The Common will be a 4.5 percent ABV blonde ale and, as the name implies, they expect this to be the most popular beer. The Reserved will be an American style pale at 3.5 percent, with the name referring to its reduced alcohol content. The Extra will be another American style beer but something much more bitter, as the name implies: an IPA at 6.3 percent ABV. And in case you know the Monk and are wondering, no, this beer isn’t just a version of The Chief, the brewery’s previous, much loved and much awarded American IPA. The fourth and final core range beer, the Vintage, will be a malty peated scotch ale that will go through an extra long period of conditioning.

“They [the beer names] give you a sense and a feeling of what those beers are going to be but they don’t have to be anyone particular beer,” Craig explains. So from summer to winter the Common might be a little different but it will still hold true to the notion of what common is.

Such dramatic changes to the beer list were not undertaken lightly.

“Changing the beer names is one of the hardest things we did,” says Matt. The process took weeks of discussions, Google searches and more discussions until the trio found themselves well and truly down the rabbit hole.

“At one stage we had mythical goddesses and all sorts of shit going on,” Craig laughs.

Finally they called a timeout on the whole process and, as they’ve done with the rest of the venue, stripped it back, asking themselves, according to Matt, that, “if we were an abbey or a monastery how would we name our beers? We were talking in order of colour, strength and importance.”

Cutting the core range back to four has allowed Craig to add a second limited release to the tap lineup at any one time. This is something that will change strictly with the seasons: a new beer every three months. Joining the seasonal will be the Monk Special beer – a slot in which you can expect to find some rather beer geeky brews like big Belgian ales, 10 percent scotch ales and maybe even sours. 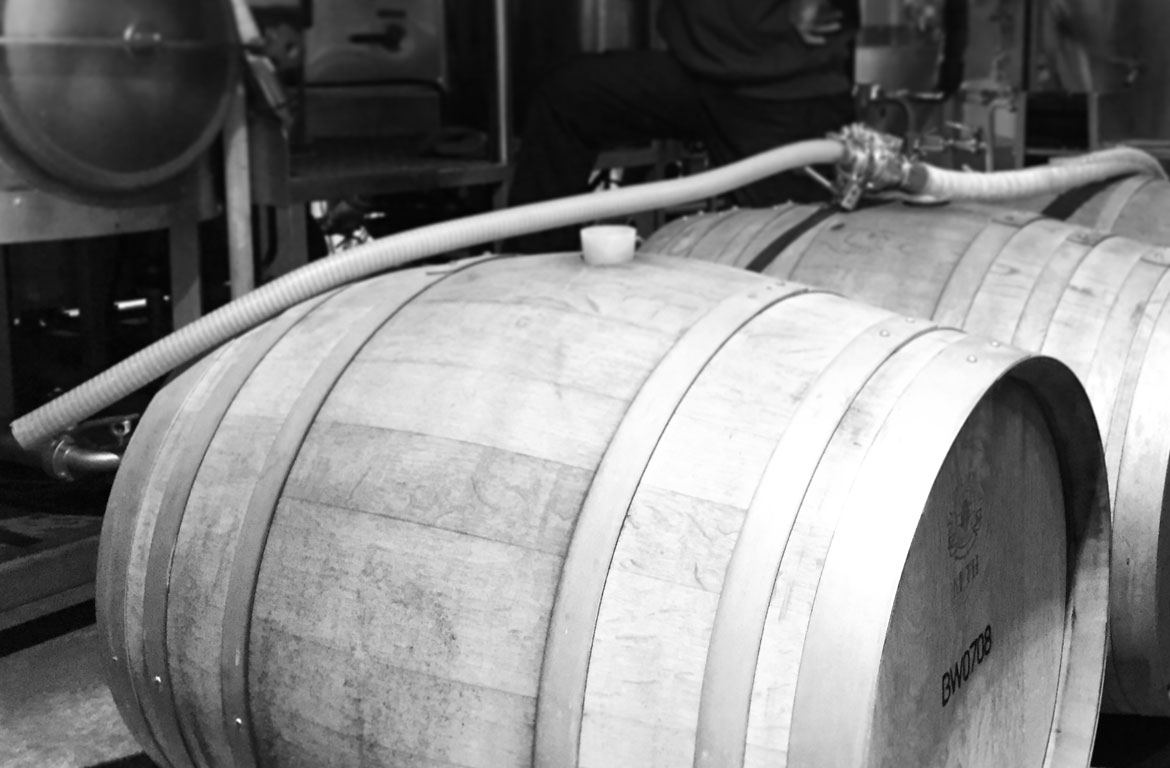 Of course, to make some of these special beers the Monk would need a barrel room. So they've built one.“The idea is to fill the room and get as many barrels on the go as possible whilst maintaining the integrity of the core range, which is going to be the challenge,” says Craig.

To start off Craig has filled five ex-Margaret River wine barrels: three with Common and two with Vintage. It’s all a bit of a work in progress, he says: “We are experimenting; you don’t just create the perfect sour on the first go. We have to see what’s actually in the barrel, what bacteria is present, and see where we end up.

“The thing about barrels is that you don’t really know what’s in them and once something is in it it’s very hard to get it out so it’s going to be a continuous experiment."

“We’ll be going balls out,” says Mitch, laughing. “Beer and food events are one of the reasons I am here!”

For example, as part of the coming weekend’s Festival of Monk, the venue will host its first beer and food dinner under the new team and Matt’s Beer Skool events that were so popular when he was at The Quarie will find a new home.

With a focus on bringing The Monk to its full potential – while highlighting that it's an independent, fully functional brewery right in the heart of Fremantle – the boys are back in town and are set to make some noise about it too. 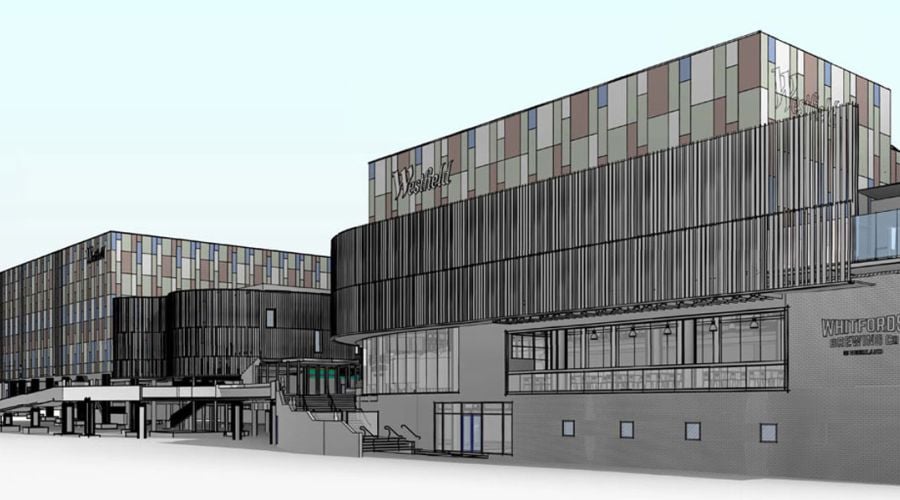 The team behind Perth's Northbridge Brewing Company is set to open a brewpub in a northern suburbs shopping mall. And the move could be a sign of things to come as the nature of shopping centres evolves. read on