If you were to rate each state's breweries for interest or quirk factor, it's a good bet that Tasmania would register the highest average score. There's Moo Brew's arty labels and associations with MONA and Seven Sheds' passion for showcasing offbeat local producers and historical tales, not to mention to Two Metre Tall's wild ride in the Derwent Valley. And then there's Van Dieman, based on a family farm in Evandale, near Launceston, that has used ingredients harvested from the local hedgerows to create gold medal-winning beer and is now looking to create an estate ale.

The term estate ale here refers to a beer in which every ingredient is grown and sourced within the property on which it is being brewed: water, malt, hops and yeast. It's a goal towards which the aforementioned Two Metre Tall has been working for years, releasing beers brewer Ashley Huntington describes as three quarters of the way there (estate malted barley is the final step in his mission). And it's one that Van Dieman's Will Tatchell hopes he can achieve in 2016.

He's already been growing hops away from the family's livestock – hops (being harvested in the photo below) which have appeared in his annual wet hop harvest IPAs as well as 2012's Tasmanian Pale Ale that also used Tasmanian malt from a family member's farm. Work to isolate a suitable yeast from the farm to ferment the proposed beer is ongoing and the Tatchells are now growing barley too.

With a small maltings set to open in Launceston later this year, they will have that barley crop turned into malt to provide the sugars their farm yeast will need to consume along the way.

"It's something I've been wanting to do for some period of time," says Will. "The malting component is the only thing that we need to offload; with the guy setting up the floor malting in Launceston, that's the last little link in the chain." 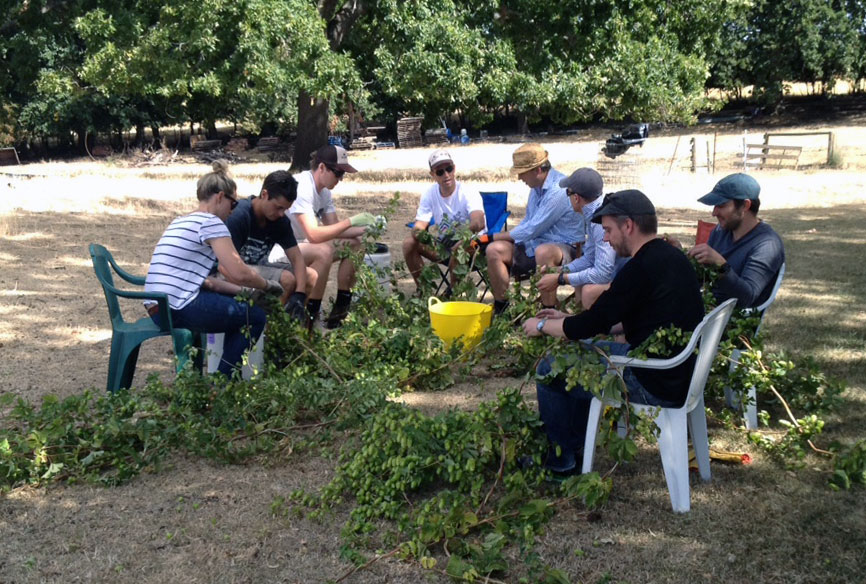 The closest Van Dieman has come to expressing the flavours of its undulating farmland to date has been in its Hedgerow Ale. This annual release has always featured rose hips, hawthorn and sloe berries gathered from the hedgerows and has always been a favourite at Crafty Towers, both when it was a softly fruity, malty English style ale and later when it had evolved into a medal-winning barrel-aged sour version.

"We've clearly been getting some sort of yeast character from the skins of those fruit as they age in the barrel," says Will. "We've done a little bit of work trying to isolate yeast strains in the beer [then] culturing them up and pitching into small amounts of beer to see what characteristics we get from it.

"We started 18 months ago in a relatively primitive manner. Now we've started discussions with the Tasmanian Institute of Agriculture to utilise their experts and the labs there. They've previously done a lot of work with wine yeasts [and] have wanted to do it with beer but haven't necessarily had that door open for them."

It's with the yeast component that Will's project diverges most from that going on at Two Metre Tall's farm to the south. While the Huntingtons have been exploring spontaneous ferments, barrel ageing and blending, Will's intention is to isolate a yeast strain or strains from the family farm and use that as a brewer might use a normal yeast: pitched into hoppy wort featuring malt and hops grown close to the brewery.

The barley that will ultimately form the backbone for the beer has been planted this month. Around three hectares of the farm (pictured at the top of the article) have been set aside and a neighbour was brought in to sow a crop of Westminster barley. The hope is to end up with a yield of between seven to ten tonnes – enough to brew multiple batches of whatever the estate ale becomes and make it a year round, flagship release from Van Dieman.

"With that volume [of barley], if we can produce the beer over the course of 12 months then we will have to go down the path of trying to store some of our hops," says Will. "It will be interesting formulating the brew, particularly with the wet hops, to incorporate that wet hop component but without detracting from future brews that won't have wet hops."

As for what he wants done to the barley when it hits the floor of the forthcoming maltings, he says that's "the exciting stuff" – seeing what the maltster is capable of and choosing how they want the malt to turn out.

Choosing the beer style will help guide this, with Will predicting it will most likely be and English / Australian pale ale of some description (he trained as a commercial brewer in the UK and has opted to brew mostly English-inspired beers since establishing Van Dieman). 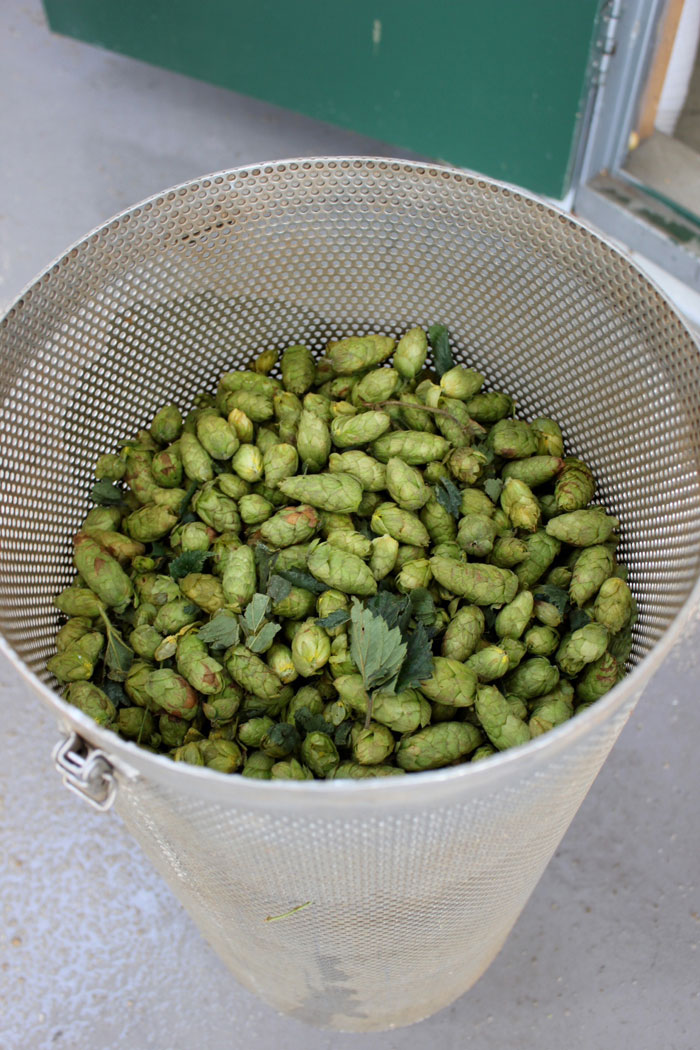 Getting to that point won't be easy, of course, given the extra factors being introduced into what is usually a very tightly controlled process.

"This exercise is not the easiest way to produce beer," says Will. "There are a lot of things that are seasonally decided [but] it's great to have the opportunity to pursue these exercises. And the reward at the end will be greater than the risk.

"Worst case scenario is we don't release anything but we learn for the following season. Yeast isolation and determining what's there is the toughest part. It won't be a wild ferment; we'll isolate something to produce the beer rather than a spontaneous ale."

All being well, the first Van Dieman estate ale could be released in 2016.

"It's incredibly exciting and challenging, but at the same time incredibly rewarding if we can pull it off. We're in a very fortunate position of having that opportunity open to us so it would be stupid not to pursue it."