Dave Padden stands pensive atop the platform of his new brewhouse like the captain at the helm of a ship. In place of a steering wheel is a control panel and every now and then he looks down to push a button, ponders a moment then, balancing on his hands, slides down the rails of the stairwell to flick a valve or change a hose.

“I always wondered why brewers slid down the rails,” he says, “but now I know. You go up and down the stairs so many times a day that it gets pretty tiring.”

It’s not a problem he’s had before. The raised platform, that is. He’s certainly no stranger to long hours in a brewery and its accompanying stresses; he’d be loathe to have it pointed out, but the top of Dave’s head is sprinkled with a lot more white salt than the dark pepper it was when he joined the brewing industry in 2012 as co-founder and head brewer of Parramatta’s Riverside Brewing Company. When he left that post in late 2014 it was to the great surprise of most everyone in the industry, with the brewery’s reputation soaring and beers like the 44 American Amber and 77 IPA having become darlings of the local scene.

But, after taking time out to contemplate life, spend time with his children, channel his fastidiousness from the brewery towards mastering his BBQ smoker, he began plotting a return to brewing in a different guise. Teaming up with – and, one suspects, driven on by – his brother-in-law Wesley White (enjoying a beer with Dave below), an astonishingly enthusiastic character who exudes enterprise and the ability to make things happen, that didn’t take long. And, by April this year, the Akasha Brewing Company was ready to go. 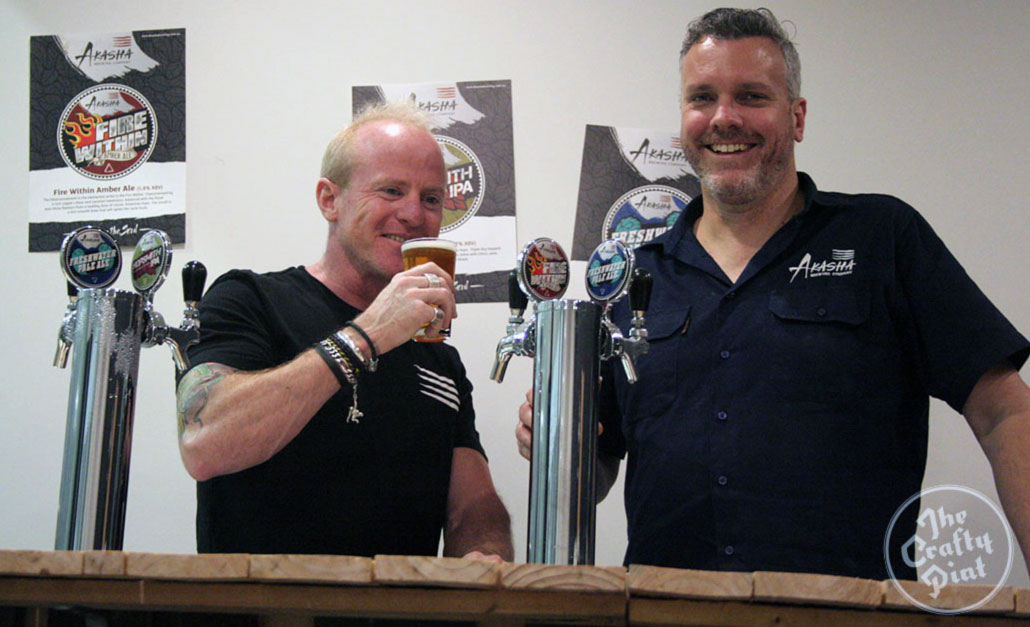 In the six or so months since they launched, Akasha has introduced itself into the beer world in a relatively quiet but evidently effective manner; brewing out of Rocks in Alexandria, Dave has been producing more beer each week that he had at Riverside.

But contracting was always a stop gap measure for a man who has discovered, after taking a bold leap away from a successful and secure IT career, that he belongs in a brewery. With the pending opening of Akasha's own brewery in the Sydney suburb of Five Dock, Dave is a man steering his own ship again and it’s a welcome sight to see.

“I’m up at 5.30am every morning and up late every night so it’s pretty exhausting,” he says, “but I just want to get brewing.”

That’s something he is, technically, able to do right now, though the perfectionist in him wants to cross a few more t’s and dot some i’s first.

“There’s something to be said for just going for it,” he says, “but I’m just not that kind of guy! There’s just a little bit more to go.”

Remarkably for an industry known for being beset with delays, since they secured their site the setup of the Akasha brewery has gone smoothly.

“Things went through incredibly quickly,” says Dave. “We got all the approvals, including council, and I wasn’t ready for it. It’s actually me that’s slowing it down. When we first moved in here it was an empty shell and it’s taken a lot of work. We had to lay all the electricity, gas, water – the whole lot – which is actually good because you get to put everything exactly where you want it.”

That’s where his previous experience establishing the brewery in Parramatta, shoehorning the old brewhouse from Mountain Goat into an industrial unit, has come in very handy.

“You definitely know what not to do!” he laughs.

“I spent some time with Stone & Wood earlier this year and took a lot from them too. They’d rejigged their old brewery with a lot of thought about why and how it was set up and I listened to a lot of what they had to say. 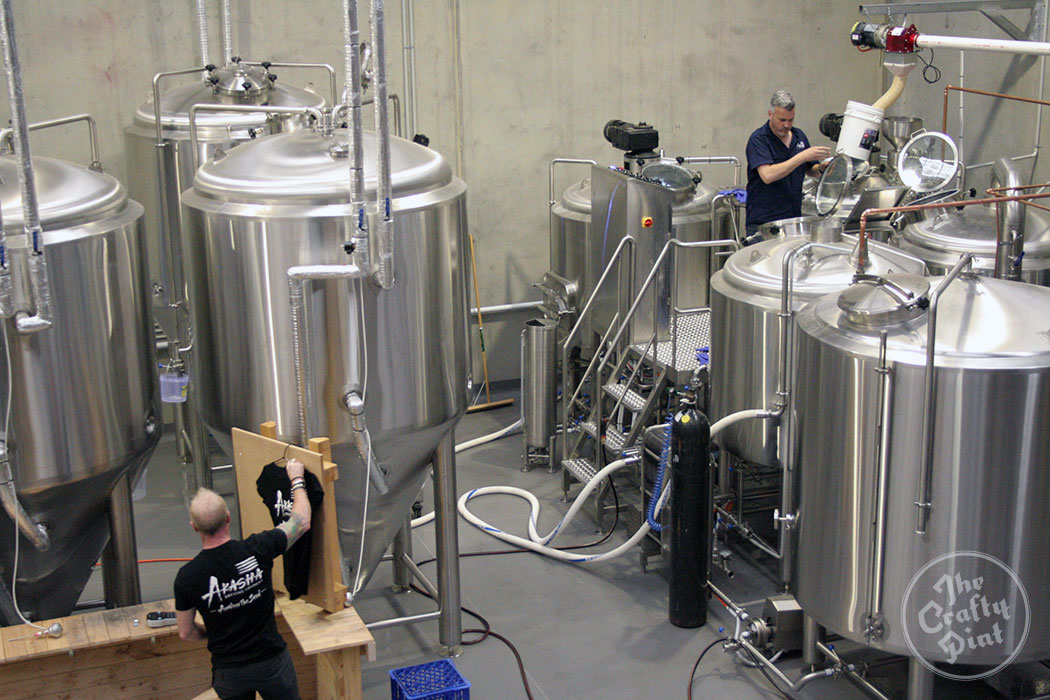 "Our brewery (pictured above) is designed to do multiple brews in a day so, in that regard, it’s very efficient. But we went with a smaller brewhouse with a bigger capacity so we could do smaller brews.”

That essentially translates to being good news in terms of being able to meet demand for Akasha’s three core beers – Freshwater Pale Ale, Fire Within Amber Ale and the Hopsmith IPA – while also allowing flexibility for limited releases.

There will also be a fourth beer. Dave’s not ready to reveal publicly what the new beer will be just yet, but we can infer at least two things: that “it’ll be a bit of a bastard”, by which he means a blend of styles rather than a pain to brew; and that it will likely be a slight departure from the bold, hoppy beers for which Dave is best known and personally enjoys the most.

“In this brewery,” he says, “it’s about stopping being so inwardly focused on the beers. We decided to start asking our customers what they want so they can have a hand in helping decide [future beers]. To an extent, we’ve been able to do that with the pale ale by creating something that 95 percent of our customers like.”

That feedback will undoubtedly start pouring in when they open the brewery’s tasting bar.

“When I walked in for the first time, it was perfect,” says Dave, “a tasting bar with a glass wall that looks straight out onto the brewhouse. We’ve got room so that in the afternoon we can put tables and chairs out by the tanks.”

There’s a pool table too – a parting gift that remains from the previous tenant, if only because it’s too big and difficult to remove. More large things will be arriving soon too in the form a bottling line and more tanks that will double what’s already a fairly substantial capacity. Suffice to say, things are about to get very busy.

There’s a quasi-spiritual side to the establishment of Akasha, with the name itself referring to an unknown, fifth element beyond earth, water, fire and air. In the brewery, Dave himself embodies the invisible fifth element charged with bringing together beer’s four ingredients: malt, water, hops and yeast.

And, even if you don’t believe a beer can have a soul or spirit, anyone that's followed his brewing career to date will have to admit that it’s just a little reassuring to see Dave standing atop his own brewing platform again.

Akasha is found at 10a Spencer Street, Five Dock, NSW.