You may be well aware of Colonial Brewing. After all, the brewing company has been around since 2004, when it opened its brewery and impressive venue on 70 acres of land in the heart of the Margaret River region. Through its partner business, Colonial Leisure Group, you can find its refined brews pouring at a wide variety of venues, including the likes of The Raffles Hotel and Print Hall in WA, the Portsea Hotel, Bimbo Deluxe, Skinny Dog, Penny Black, Robert Burns and Lucky Coq in Victoria, and, more recently, at its first NSW purchase, the Newtown Hotel.

Yet, equally, you could be excused for not being aware of Colonial Brewing, despite it being one of the longest established micros in the country. Because unless you'd visited its Margaret River home or one of those aforementioned venues (and its others) you'd have been unlikely to find any Colonial beers anywhere.

The situation started to change in 2014, when the installation of a canning line at the WA brewery saw cans of its Kolsch, rebranded as Draught, appear outside its own empire. Yet, by the end of 2016, we predict there won't be many with an interest in craft beer in Australia that won't have come across the beers at some point. Indeed, when asked to pick five breweries to watch out for in 2016 for James Halliday's Wine Companion Magazine late in 2015, alongside Pirate Life, Boatrocker, BentSpoke and the surfer backed Balter, we plumped for Colonial.

Why? Mainly because they now have their long-mooted Eastern outpost – albeit not the one that was in discussion for many years. The owners were eyeing up Cape Schanck at the bottom of the Mornington Peninsula for a multi-faceted venue and function space at which, so rumours had it, they planned to install a 50 hectolitre brewery. That has still to transpire, but instead they now have a home in Melbourne.

It used to belong to Matilda Bay: the Bertie Street brewery and venue that was the once iconic brand's last physical home following its move to Victoria. When SABMiller / CUB announced it was closing, Colonial stepped in and, as relatively sizeable customers of SABMiller / CUB through its CLG venues, was able to cut a deal.

Thus, while much of the signage still says Matilda Bay inside and out, there's a big Colonial banner hanging above the brewhouse and the new owners are hard at work turning it into their own, with a new look venue set to come online later in the year and plans to install more tanks as well as a second canning line, larger and faster than that in Margaret River.

"Growth has been as fast as we can make it in Margaret River," says head brewer Justin Fox. "We upgraded the brewery and punched holes in the roof to get more tanks in [but it's] meant everything was stretched."

Once the second canning line is up and running, we can expect to see a wide range of Colonial beers appear in tinny form: Witbier, Pale and IPA; they're also looking into creating a nitro version of their Porter.

To date, the only beers canned have been the Draught, Small Ale and a tiny run of Emergence of Astra. The latter two were created in conjunction with a creative arts festival in WA and feature the 360 degree lids that can be removed to turn the can into a wide mouthed drinking vessel. It's a great concept but, due to the extra costs, is likely to be used only for the Small Ale and other short run specials.

Aside from that, the new site might mean drinkers get to see more of the experimental stuff Colonial releases regularly to some of its venues. There have been various twists on wheat beers, recreations of lost beer styles, a musk saison and all manner of IPAs after they took their IPA "on tour". But, again, without visiting the brewery or the right venue within their group, you would never have known.

"We brewed a Japanese IPA with rice and Sorachi Ace, a French IPA, a double IPA, a German one, American," says Justin, who has named most of the "Project" beers Gary or some variant on the name – a nod, for whatever reason, to the hero in Team America – rather than giving away too much about the beers themselves.

"We are just letting the beer do the talking," he says.

The Colonial Leisure Group, which also owns farms in WA and Victoria supplying its venues, an island and casino in Queensland and a castle in Scotland, was founded by former Computershare chairman Chris Morris and thus is, to put it mildly, well resourced to step up to become one of the major players in the local craft beer industry.

And, says Justin, it means "we won't sell and we can fill the holes from the likes of Mountain Goat and whoever is next to go" – a reference to tap points that have become available when once independent brewing companies have been bought out.

With Port Melbourne's tanks full and more on the way, the brewing arm of the business is lining up its first East Coast reps. And, says Justin: "Mornington will happen within the group.

"It could be a cidery or a pilot system; it won't be the production facility. We can replicate Margaret River at Cape Schanck as it's rural and more relaxed."

Their first major public event at Port Melbourne is during Good Beer Week. They're inviting a number of brewing friends along to share their 13 taps for an event featuring food from the Group's venues and artists painting a feature wall that Justin says typifies what Colonial is all about.

"Good beer, good food and music is what it always comes back to," he says. "Then people can write their own stories around that." 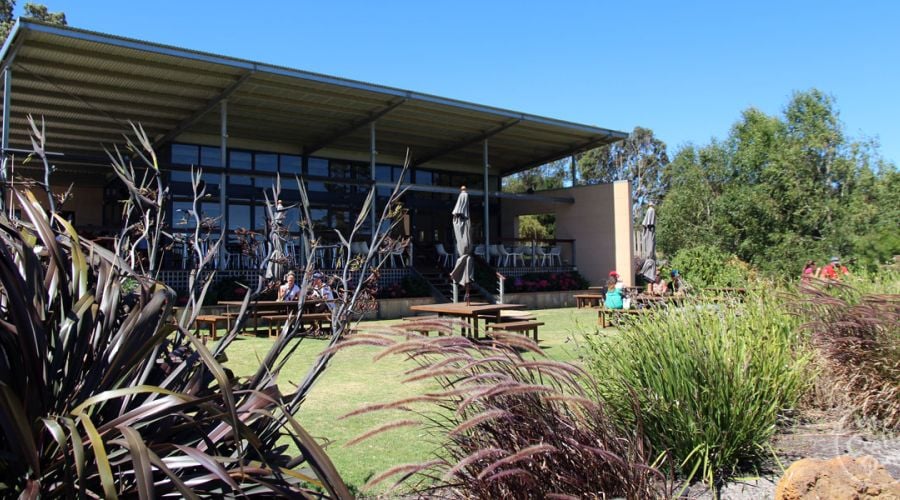