The west of Melbourne has quietly been enjoying its own little craft beer renaissance of late, and one of the newest breweries to set down its roots in the western suburbs is West City Brewing – a gypsy brewery started by home brewers Bevan Dalziel and Fergus McGregor.

With both living in the west, and with Bevan being the founder of the growing West Side Beer Drinkers Facebook group – boasting more than 1700 members at last count – it seemed only natural for them to form their identity around the suburbs they call home.

It's now coming up to a year since they first laid down a brew for commercial release, so we figured it was about time we asked Bevan about the brewing company, the beers and his newfound ambition to start a nanobrewery on a desert island...

Who are you? We are a small gypsy contract brewing business based in Melbourne’s inner west made up of three friends with the combined skills of one.

Where do you brew?
Currently we make our Footscray Ale out at the Kaiju! Brewery, our Oaty Session Stout at the Bad Shepherd / Wolf of the Willows brewery, and our next few beers will most probably come out of different breweries again. Obviously, we are working on having our own facilities in the west in the near future.

Why do you brew?
We didn’t think it was possible to blow enough cash already on expensive, delicious craft beer purely as consumers, so we went looking for new avenues to achieve this and, as the result, we decided to make our own beer.

What beers have you released to date?
We started out with our Oaty Session Stout, then we did our Footscray Ale (an APA) followed up by our Sunshine Ale (summer ale). We thought we would have done more by now, but never expected Footscray Ale to be so popular.

What’s the inspiration behind the brewery name?
When Fergus and I first started talking about the project we knew it had to be west themed, as that’s where we live and hang out. Fergus is part of Westgate Brewers, and I run West Side Beer Drinkers… so it just made sense to roll with that.

Was there a beer or a moment that set you on the path to becoming a brewer?
Sure, like many it’s predictable. On one of my first trips to the States with my wife, we visited a small brewpub in San Francisco and I ordered a paddle (a new concept to me at the time). Mind was blown.

I became instantly obsessed with hops, flavour and freshness.

What beers are in your fridge right now?
Apart from our own, there’s some Brooklyn Lagers, a Two Birds Bantam, a Golden Road Gingerbread Stout, a Bright Stubborn Russian 2015 that scares me, and a few other things that have probably been in there way too long. I could lie and make up some exciting stuff but anyone who knows me knows that I’m not exciting.

What would be your desert island beer?
A really big one. Perhaps something with some viable yeast in the bottle… I could get a little desert island nanobrewery going, Smith Family Robinson style!

If your brewery was a band, who would it be?
Ratcat, because… RATCAT!

Where do you hope your brewery will be in ten years from now?
Hopefully in some kind of success category!

Where can people find your beers?
A bunch of places around Melbourne with a heavy lean to the west. Check out our stockist map for info.

Thanks, Bevan, and good luck making enough Footscray Ale and finding the time and funds for your own joint. 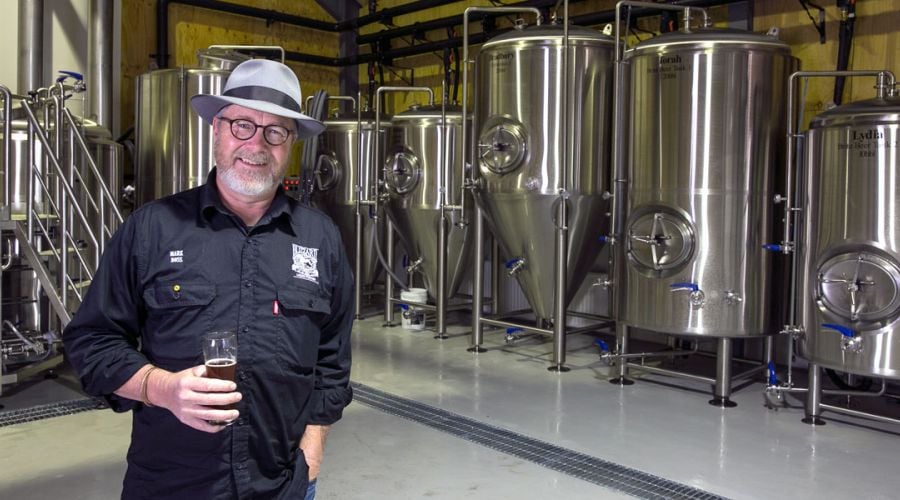 With his surname already ubiquitous in the craft beer world, Lee Stone had to find an alternative. He came up with Shifty Lizard and has since launched his first two beers following a successful Pozible campaign. read on