Several times every year we get approached by people asking where they can find reliable and detailed stats about the Australian craft beer industry. It's the sort of information that we'd love to be able to dip into once in a while too. Yet the answer has always been that there's little of genuine value on offer, particularly when you're talking about the smaller, independent end of the industry.

The Craft Beer Industry Association (CBIA) is hoping that, soon, such information will be available thanks to the latest iteration of its industry survey. It's up and running now – with the deadline for submissions extended to next Friday (December 16) – and hopes to garner the biggest and deepest set of data on the rapidly growing and evolving local scene to date.

Modus Operandi co-founder Grant Wearin is a member of the CBIA data panel and told us: "I presented the results of the last survey at the most recent Craft Brewers Conference. It's pretty good but we could do a lot better.

"If we want to be able to politically lobby effectively, like the wine industry or bigger players, and be able to benchmark ourselves correctly as individual breweries or as an industry then we are going to have to do a much better job in economising the industry. We are only as good as the responses."

Surveys have been sent to more than 300 Australian brewing companies, including those who aren't members of the CBIA, and there is no cost to take part. It is being carried out by independent company Survey Matters, which ensures that all data is supplied in strict confidence: the CBIA receives data anonymous to the point that it doesn't know which businesses have completed the survey.

"We will never take the industry forward like the BA [Brewers Association] has in the States, where they've got the Holy Grail of data [on their site]; it's amazing," says Grant.

"Rather than getting anecdotes from talking to brewing friends, [brewers can] get numbers. You can benchmark your brewery to see what you're doing well or doing poorly [by] comparing your responses against those from the rest of the industry."

In practical terms for individual brewery owners, he says solid data on the wider industry, as well as one's own brewery, will be vital if seeking finance from a bank or looking to raise equity.

The results of the survey will ultimately be used to create snapshots of the craft beer industry: what it's worth; how it's growing; where it could get to and so on. Such information then gives those looking to lobby for changes to excise tax or licensing the sort of tools that policy makers understand.

CBIA chair and co-owner of Burleigh Brewing Peta Fielding says: "With the only data available at the moment [you] can't really isolate the independent breweries from what gets reported as craft. It doesn't give an accurate picture.

"[Obtaining an accurate picture] is the basis for all these projects [we have underway], whether that's to do with excise or other regulations or licensing. You need to be able to present that picture: here's what we look like and here's what we could actually look like.

"In the US, the industry has become accustomed to sharing data because they've seen what the Brewers Association has been able to do with the information."

If you're working for a commercial brewery in Australia and would like to contribute to the survey but haven't received a link from Survey Matters, please contact Chris McNamara at chris.mcnamara@australiancraftbeer.org.au. Deadline for submissions is December 16, 2016. 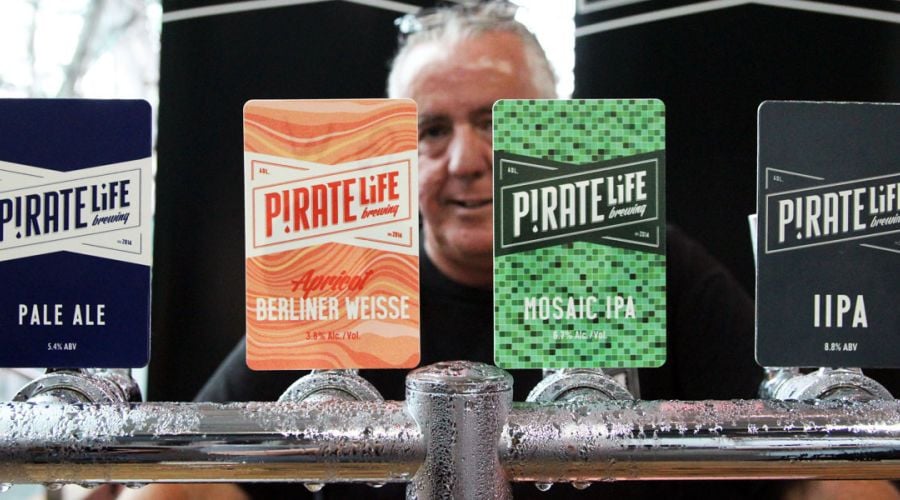 Pirate Life and pale ales are Australia's most popular, according to the results of the biggest ever survey of craft beer drinkers. Beer Cartel's survey of 17,000 drinkers also revealed that independence matters and The Crafty Pint remains the most read Australian beer at new source. read on South East Queensland will welcome a lager brewery next year when Perentie Brewing opens in the Distillery Road Market precinct. Although it's new, there are some experienced hands involved in the six million venture too. read on