When it comes to the history of craft beer in Australia, Wollongong always gets overlooked. When people want to talk about the breweries that helped drive craft beer since the turn of the Millennium, they’ll throw out names like Mountain Goat, Feral and Little Creatures. But you’ll never hear uttered the words: “Five Islands Brewing Company”.

Yet the Wollongong brewery and bar is of the same vintage as those legends. Named for the Five Islands you can see off the coast while you sink a few, it first swung open its doors in 2001; that’s four years after Mountain Goat, a year before Feral and less than 12 months after the iconic Little Creatures Pale Ale went on tap over in Western Australia under the name Little Creatures Live.

The brewery was started by former Illawarra Steelers league player and restaurateur Michael Bolt and had the likes of HopDog’s Tim Thomas coming up with the beers. And they were good beers too – their Snowboard turned me on to the wonder of witbier and Tim has put forward that the Parkyn’s Shark Oil IPA he brewed there – named for a family who lived on the Five Islands in ye olden days – was one of the first US-inspired IPAs brewed in Australia.

That brewery, which would morph into the Illawarra Brewing Company when it changed ownership, had the Wollongong craft beer market to itself for more than a decade. But, in recent years, breweries and bars with an interest in better beer have been popping up in and around the city.

Indeed, so close are many of them that, aside from our first stop, this Crafty Crawl can be completed on foot, thus saving your cash for beers.

We’ll start things off with the oldest brewery in the city, the one that used to be known as Five Islands Brewing Company until Dave McGrath took over and changed everything. What followed was a lot more beer awards, and a much higher profile. These days, the Illawarra Brewing Company name is well known out of the city, and not just because of their iconic Chuck Norris red ale.

Thanks to a recent refurbishment, they’ve brought the seven-tap bar downstairs and added a stack of seating for those who want to hang around for a few. And, if you visit over the weekend, you’ll probably want to do that, because the IBC boys arrange for a food truck to turn up in the car park and book a muso to play some tunes.

Check out the brewhouse and bar at 4/83-85 Montague Street, North Wollongong.

Next we take a short Uber ride (yep, we have those in Wollongong) to Five Barrel Brewing, just over a block south of the CBD. The Illawarra’s second craft brewery, launched by Phil O’Shea in December 2015, with the official opening following in March 2016 (which is the date Phil chooses to mark with a birthday brew each year).

While Five Barrel has a core range, which includes the sublime Hoppy Amber, it’s better known for its limited release brews. Every month or so it seems Phil has a new beer on tap, some of them coming out of oak barrels – how could a brewery named Five Barrel not be doing some barrel-ageing?

Thanks to some licencing changes Phil can now pour the punters schooners of beer rather than “tasters”. And, if you’ve got a wine drinker in the ranks, they’re catered for as well. Hungry? Well, Phil’s parents cook up some tasty burgers outside in what is basically a food truck without wheels.

Head a few blocks north into town and you’ll find His Boy Elroy, a bar located along the Wollongong Central restaurant strip. A few years ago, the bar was found instead a short distance away in Globe Lane and had a bit of a speakeasy vibe. Now it’s still American themed but a bit more like a diner-cum-sports bar – if that diner went for American bar food and had good beer on tap. If you didn’t get a burger at Five Barrel, these guys can fix you up.

The bar has a great big wall of spirits and they also do cocktails, but we’re more interested in beer, right? Well, there are four taps, which cycle through new beers pretty much weekly. And there’s a selection of cans and bottles in the fridge too, with special “beer of the week” type deals scrawled on the blackboard behind the bar.

When it comes to cool bars in Wollongong, The Little Prince was the one that started it all. Initially operating as Otis Bar upstairs on Crown Street (pretty much where Humbar sits these days), the venue underwent a name change when it moved into what was then the deserted Globe Lane. The bar effectively paved the way for a rejuvenation of the laneway that now boasts shops, cafés and a bar or two.

The front door can be a little tricky to find, nestled in next door to the entrance to David Jones, but it’s worth the trip. Inside, the small bar resembles those you might find in the hidden laneways of Melbourne. There’s an outdoor section too that, while much bigger, is also shielded from the elements. Indeed, despite the fact it's just metres away from a large shopping centre, the place somehow manages to have a secluded vibe that, on the beer front, offers up plenty from its home state brewers augmented by some from interstate and overseas too.

Spend some time with The Little Prince in Globe Lane, Wollongong (just look for the sandwich board outside the front door).

The guys who own this place are becoming the bar kings of the city; they’ve also got Dagwood bar a block to the north and Births and Deaths cocktail bar (it used to be the office of Births, Deaths and Marriages) a block to the west. They’re also the meme kings too, if the Howlin’ Wolf Facebook page and its predilection for Tooheys Red is anything to go by.

So, Howlin’ Wolf is technically a whisky bar – one glance at the massive wall of whisky behind the bar will tell you that – but their beer game is strong too; as well as the beers on tap, there’s a list of bottled and canned beers that runs for a few pages. They tend to buy their stock in small quantities (like six-pack small) which helps ensure freshness and an ever-changing lineup.

Howlin’ Wolf is tucked away off the street at 103/53-61 Crown Street, Wollongong, between a pizza shop and a takeaway restaurant.

Okay, these days the name is a bit misleading. There’s no actual brewing going on here. But there was once upon a time. This was where the Five Islands Brewery began. There used to be an actual brewery on site and you could see the stainless steel tanks while you stood at the bar ordering a beer.

These days, the brewery and the Illawarra Brewing Company are two separately-owned entities – although you can still buy the latter’s beers here alongside a wide range of other crafty and not-so-crafty offerings. It’s really worth heading here while the sun’s up; it’s located close to South Beach and it’s easy to while away a few hours drinking beer and looking out over the ocean.

Still looking for more? Well, if you're happy to travel a little, you're in luck...

Just to keep you on your toes, the Bulli Brewing Company isn’t actually in Bulli. It’s 17 kilometres south, in a suburb called Unanderra. Brewer and owner Michael Peloquin wanted to base the brewery in Bulli but, northern suburbs real estate being expensive, couldn’t find the right location. So he set up in Unanderra instead, but didn’t change the name because he rightly figured visitors would have a hard time correctly pronouncing Unanderra. (FYI it’s “You-nan-derra”, not “Un-an-derra”).

The selection of beers brewed onsite isn’t huge, but they’re all approachable. Which means it’s easy to sink a few while enjoying the entertainment that’s laid on over the weekend.

As Illawarra breweries go, Reub Goldberg is unique. Due to the weird world of licencing laws, it’s the only one in town that’s allowed to sell other breweries’ beers on tap as well as those brewed onsite. So, while Reub Goldberg’s own beers take up most of the nine taps, you could still find a beer or two from other Illawarra and South Coast breweries on tap.

The brewery is found at the back of the venue, and is designed so that gravity can lend a hand in the brewing process. And, for a small brewery, they manage to crank out a lot of beer – every week when the blackboard beer list is updated there seems to be one or two new brews on the taps.

A word of advice, if you want to check this place out, it's best to get in early. The locals have really taken to Reub Goldberg – and who wouldn’t like a brewery that’s within walking distance of their house? – so it can get busy of an evening.

To check out this brewing machine, head over to 81 Meadow Street, Tarrawanna. Meadmaker Joel Robinson suffered a brain injury while setting up his business that has left him with an incredibly rare condition that makes everything smell rotten. But he's battled through and started winning fans for his unique meads. read on 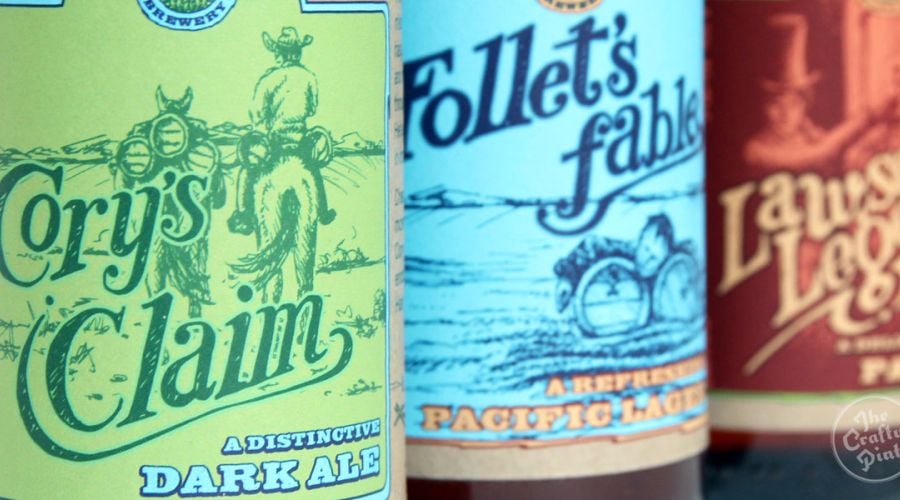