More than a year after announcing they'd set up shop in Brisbane, Scottish brewers BrewDog say their Australian brewery will be open by the end of the year.

Located in Murarrie, in Brisbane's eastern suburbs, the brewery was originally slated to open in the first half of 2019, although that date has since been pushed back some way. In Brisbane to take a look at the site, Martin Dickie, who co-founded the brewery with James Watt in 2007, says, given the scale of the project, the 20-month period from announcement to completion wasn't unusual.

“This is the fourth big brewery project we’ve done - two in Scotland, one in America and now one in Brisbane," Martin told The Crafty Pint.

"We’re currently 15 months in and it looks like it’s going to take us to the end of the year to be fully operational; it’s definitely not the longest one for us."

When BrewDog announced their arrival in Brisbane early last year, their intention was to build a 50 hectolitre brewhouse, taproom and restaurant at their substantial site by the Brisbane River. The size of that brewery has since been scaled back to 25 hectolitres, which Martin say they hope will offer them more flexibility.

“Once we were looking at the details again, it became more apparent that the flexibly of being able to do smaller batches was key for us," Martin says.

"In Brisbane we wanted to be able to make a load of one-off beers for the city.”

One focus for the local BrewDog beers will be on using Australian hops, as will locally-sourced wine and spirit barrels.

“We are used to working with spirits casks in Scotland but we are also very excited at being able to use amazing Australian wine barrels in making beer as well," Martin says.

"We’ve done it a couple of times in Scotland but it’s very difficult to do where there’s not an amazing selection of things at your doorstep. You need to go to Continental Europe to get barrels – and you really want them super fresh – and it’s quite difficult to organise that.

"So, definitely, the wine thing is going to be a big part of our new barrel program that we’ll set up.”

BrewDog has long paid attention to the Australian market, with the beers available via official distributors before some of the larger local independents – including the likes of Balter, Green Beacon, Hawkers and BentSpoke – brewed their first beers. Back in 2011, James Watt was a guest at the very first Good Beer Week (and even took the time to endorse The Crafty Pint in this timeless video).

Since then, Australia's local beer offering has grown significantly with some estimates putting the number of brewing companies in operation here at around 600. Australia's population of around 25 million means our beer market is a far smaller than the others in which the Scottish brewers run breweries to date: the UK, America and Europe.

While recent figures from the Independent Brewers Association show the market for indie beer is growing, it's still close to just six percent of the total beer market. It makes for a very different market to when BrewDog started importing their beers into the country, but Martin says there's a lot of room for growth when the percentage of craft beer drinkers is so small.

“Our ambition – whether in Scotland, America or Australia – is just to inspire people to try something different," he says.

“I always find that when you work in the craft beer bubble and talk about it all the time, with everyone in it being invested in it for so long, for decades if you’re talking about America, you forget. It’s still such a small percentage of people who drink craft beer worldwide, so being able to get people to explore it and try it by hammering home our message we can convert a lot of people to great beer.”

Even Queensland's beer scene is growing busier and busier, with scores of new breweries opening in the past five years and a host of major beer awards and success in public votes shining a light on the quality and popularity of beer coming out of the Sunshine State. At this year's Australian International Beer Awards, Balter was declared Champion Large Australian Brewery, while Green Beacon took out the Champion Medium Australian Brewery for the second year running, having taken out Champion Small Australian Brewery in 2017.

Martin says they're excited to work with those breweries, as they do in the US and UK, whether that's through collaborations, knowledge sharing, or stocking their beers in the BrewDog's bars.

With more than 50 bars across the UK and more than 20 elsewhere, hospitality is a key focus for the brewery and BrewDog bars in cities other than Brisbane will likely excite fans. Martin says there are plans for the possible rollout of bars in some major cities but the intention is to have one close to the Brisbane CBD within the year.

With bars in Asia and BrewDog beers sold throughout the Asia Pacific region, Martin says that once the brewery is up and running they'll look to use it as a base to export to other nearby countries.

"It’s the same with any project, the initial focus is to get it up and running, get it running well, get the beers tasting great," he says.

"Then, once we’ve accomplished all of that, it’s then to really look to see where we can get the freshest beer possible. So if that means shipping beer from Australia to New Zealand or to Asia than it’s something we’ll look at."

Right now, who'll be responsible for overseeing the operation in Australia isn't clear, with the brewery's "Top Dog" in Australia having left the company last year and the head of production role BrewDog advertised early last year yet to be filled.

“At the moment we’re looking to appoint a couple of key people in the next few months," Martin says. "By mid-August we’re looking to have some people on the ground to oversee the equipment installing to get us geared up for production and then to sell beer off the back of that.”

For a brewery that's courted plenty of controversy over the years, often for its marketing, Martin says BrewDog's focus in Australia is a straightforward one. While they'll look to make beers specifically for the local market – including those more appropriate to Brisbane's climate than Aberdeen's – they'll maintain the same approach to beer.

“It doesn’t matter where the brewery is in the world; it’s always the same focus about great beer, great quality and the beer community around it," he says. "It’s always the same story, it’s just about finding unique ways to tell that story.

"Whether it’s through a collaboration locally, through some ingredients in our beer or partnering with someone not in the beer industry. There’s always great ways when you go into new areas and learn new things as well.”

Image at top is an artist's impression of the Brisbane site.

Articles by Will
brewdog brisbane 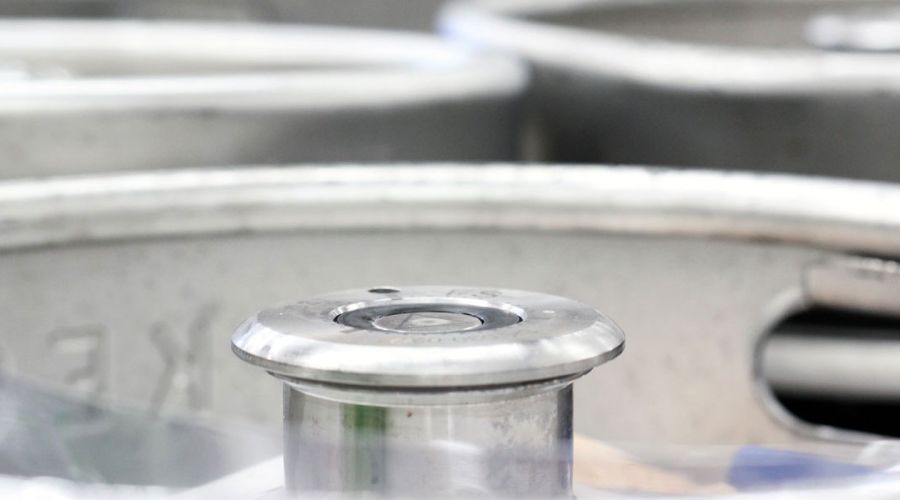 The beer industry in South East Queensland has witnessed a remarkable number of new openings in the past couple of years. We spoke to the founders of five that are less than a year old to see how they plan to succeed in today's ever busier marketplace. read on More brewpubs and bars, a hotel with shower beer fridges and catering for dogs, and new beers for Australian and NZ markets. We caught up with BrewDog's new main man here to find out more about the Scottish brewer's plans. read on