Music, like beer, has a wonderful ability to bring people together. Whether it's thousands singing along to Supersonic as Liam Gallagher's mic was turned off during his Melbourne gig last week, or the far humbler (and friendlier) pub gig, music might be our greatest driver of empathy.

Jeff Argent, the instigator of gypsy operation Grassy Knoll Brewing, quite literally brings these two marvellous things together. Along with playing in a number of session bands, he's regularly on the road with the indie quartet Pirra. When Jeff's not performing, he's brewing. And, while for years is was a hobby for himself, that all changed when a mate came to him with a suggestion.

“I was doing a whole lot of homebrewing and then a good friend who runs The Spring Street Social in Bondi wanted to put my beer on tap,” Jeff says.

From that point, Grassy Knoll was born, with Jeff soon joined by friends from back home, Jack Lhuede and Ben Boorer. The trio grow up in the Nambucca Valley on New South Wales' north coast, which has created a slightly unusual duality for the brewing company that sees its focus split between Sydney's inner city and the north coast.

“That’s helped spread it up the coast where we’re from," Jeff says. "It’s so nice that in the small country town [of Bowraville] where we're from everyone has got behind it.”

To find out how Grassy Knoll got started, we caught up with the team as part of our Who Brews...? series.

Grassy Knoll is made up of a few mates from up and down the East Coast. We all grew up together in the Nambucca Valley and went our separate ways. Head brewer/director Jeff (above right) lives in the eastern suburbs of Sydney, business partner Jack (above left) is on the north coast of New South Wales, and co-director Ben is based in Brisbane.

Grassy Knoll has very much started out of Bondi but Australia is just too big and beautiful to stay in one place. As we are a gypsy brewing company we want to keep it on the road. We’ve come from mostly a musical and beach/surfing background and have connected through the love of beer, community and good times.

We’ve been brewing out of Frenchies Brewery. Vince from Frenchies has been super supportive (or should I say patient) on helping us go commercial with the brewing company and everything in between.

We brew because we want to make quality beer and, even though it sounds cheesy, we love how it brings people together. With a background in playing music, playing shows and putting on events is not too dissimilar to the brewing world.

Having a strong fascination on what makes a good beer and being part of the creative process is also a biggie.

Yes! The first homebrew I ever made. It was average to say the least but I guess this triggered something in me to set out and learn how to make a decent beer.

This naturally started as a fun hobby or obsession and got slowly more and more serious to where we are today. It’s a rabbit hole.

The Grassy Knoll in North Bondi of course (not the JFK conspiracy ha). The Knoll in Bondi is a great melting pot of cultures, music and beachy/beery times so was a perfect fit for our brand and what we wanted to represent.

I am going to have to say our second and latest release for our core range – The Valley Lager.

We have dedicated this beer to the Nambucca Valley where we have all grown up and it’s quite special as the picture on the can is based off the head brewer’s family property just out of Bowraville.

Oooh good question... If you catch us at Frenchies there will most likely be some French café jazz going down, but mostly I’m going to say world music.

While I try not to keep too many beers in the fridge, there is usually always a hazy IPA, shamefully I just can't get enough of that juice.

I'm going to have to say One Drop's Kellogg’s Milkshake IPA! As a kid I smashed so much cornflakes for breakfast, lunch and dinner that this was bound to be my favourite beer before I had even tried it. They are just around the corner too, which makes it even better.

We are stocked in most of our local bottleshops around the eastern suburbs in Sydney and the Nambucca Valley on the mid north coast and slowly working our way out from there. We are a small operation but as they say "from little things big things grow".

We would love to have our own brewery or brewpub somewhere on the East Coast. There is a strong pull to start it on the mid north coast where we can contribute and build a community around it.

Articles by Will
bondi sydney who brews? grassy knoll 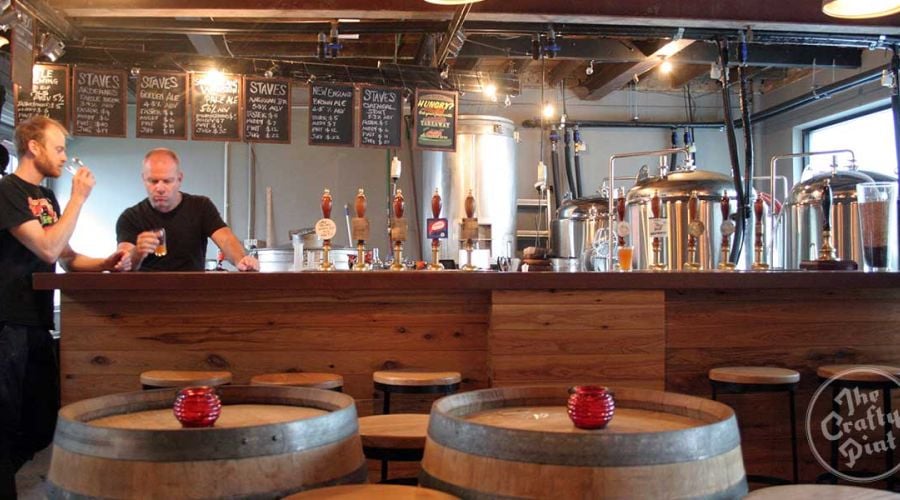